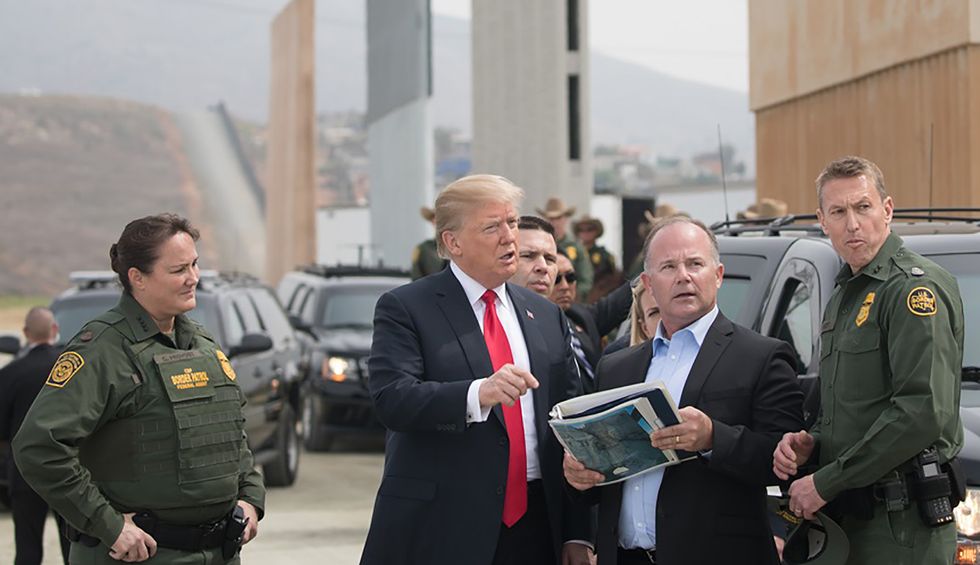 From the beginning President Donald Trump has been very specific about his border wall.

He promised Mexico would pay for it. They did not. It has cost taxpayers up to $30 million per mile.

He promised it would run from coast to coast. As of November, no new wall had been built. But the administration has not released figures and the vast majority of wall construction has been replacement of existing wall.

He promised it would be made of concrete. It is made of steel bars anchored in concrete.

He promised it would have steel spikes at the top. It does not.

He promised it would be “flat black,” to make the steel bars even hotter, and thus harder to climb. It is not.

But President Trump appears to be about to get his way on one promise.

The Washington Post reports Trump has ordered contractors to go back and paint the new and replacement wall back. Flat black.

Tump’s “military commanders and border officials believed as recently as last fall that they had finally talked him out of it,” The Post notes. “They consider the black paint unnecessary, costly and a significant long-term maintenance burden, and they left it out of the original U.S. Customs and Border Protection design specifications.”

Jared Kushner has been assigned to the job of getting cost estimates.