Trump to pull National Guard off COVID-19 duties one day before their key federal benefits would kick in: report 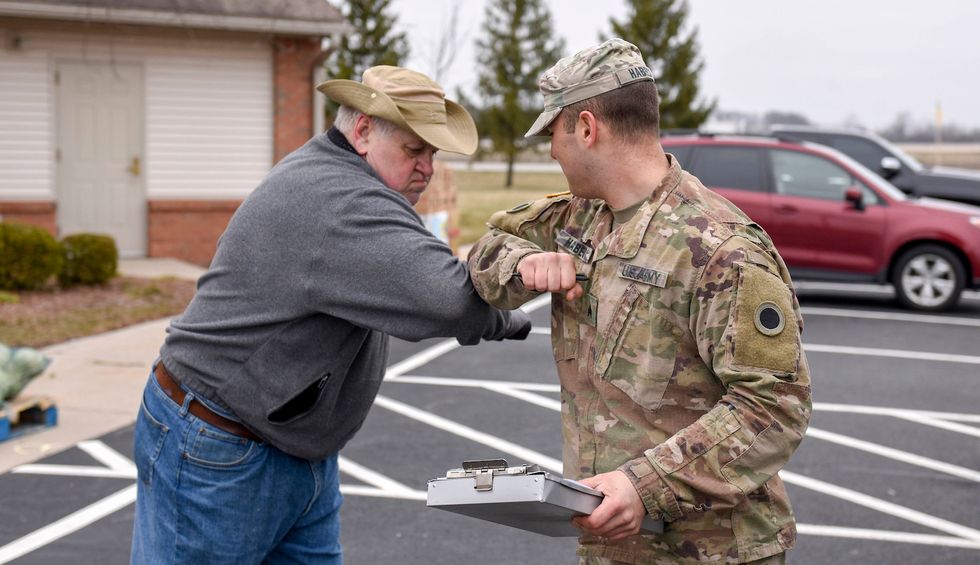 According to a report from Politico, Donald Trump’s administration is recalling National Guard members assisting in states with coronavirus pandemic efforts just before many become eligible for extra benefits from the federal government.

The report states the guardsmen face a “hard stop … just one day shy of many members becoming eligible for key federal benefits, according to a senior FEMA official.”

In a May 12 call obtained by Politico, “The official also acknowledged during the call that the June 24 deadline means that thousands of members who first deployed in late March will find themselves with only 89 days of duty credit, one short of the 90-day threshold for qualifying for early retirement and education benefits under the Post-9/11 GI bill.”

The official also acknowledged that the order will require a “delicate messaging strategy,” in order to quell complaints.

“We would greatly benefit from unified messaging regarding the conclusion of their services prior to hitting the 90-day mark and the retirement benefit implications associated with it,” the official stated.

“Top National Guard and other federal officials on the call did not dispute the June 24 cutoff or raise the possibility of an extension. In a statement, FEMA acknowledged that President Donald Trump’s current order for the federal government to fund the troops expires on June 24. But a National Guard spokesperson said a decision to extend the deployments could still be made in the coming weeks,” the report continues, with a spokesperson stating, ” We’re not there yet on the determination. Nobody can say where we’ll need to be more than a month down the road.”

According to Politico, over 40,000 Guard members are involved in the coronavirus efforts in 44 states, three territories and the District of Columbia, with the report stating, “Tens of thousands of them have been working full-time since early March on a wide range of sensitive and dangerous tasks, such as decontaminating nursing homes and setting up field hospitals, along with performing tests for the virus. They’ve provided a crucial backup for understaffed and underfunded state public health agencies trying to contain the pandemic,” at a cost of nearly $9 million per month for every 1,000 troops.

According to the National Guard Association and some state officials, they believe Trump administration timed its orders to limit the deployment to 89 days in full awareness that the additional benefits could be denied.

Noting the date of the recall, retired Brig. Gen. J. Roy Robinson, president of the National Guard Association, stated, “It seemed kind of weird to me. It’s a Wednesday. And it also coincides with 89 days of deployment for any soldiers who went on federal status at the beginning. I was getting all kind of calls about it and I said, ‘It’s probably just a coincidence.’ But in the back of my mind, I know better. They’re screwing the National Guard members out of the status they should have.”