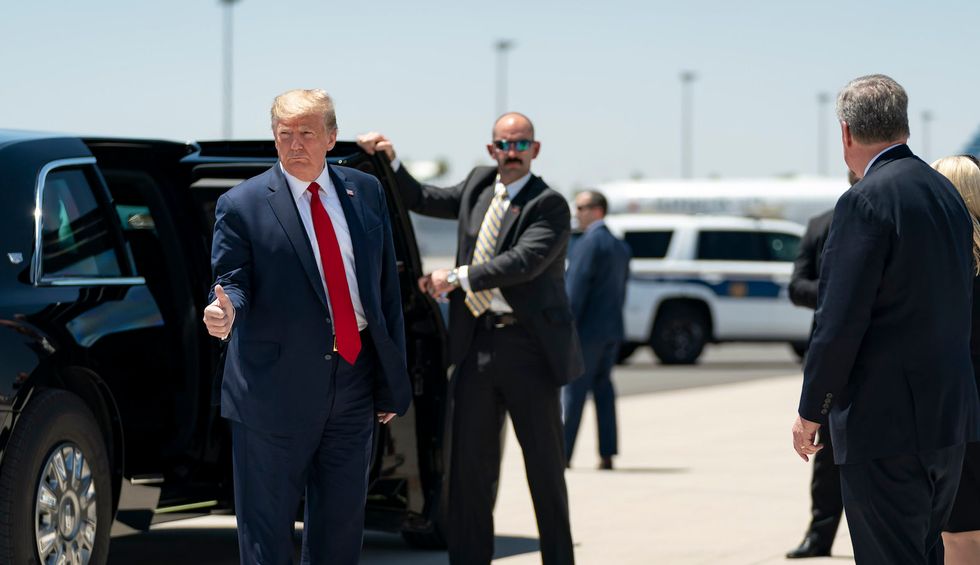 Axios' Jonathan Swan reported Wednesday that President Donald Trump doubts the official death toll of the COVID-19 pandemic in the United States — and officials believe he will start openly questioning the growing tally.

It wouldn't be his first time he's tried to downplay a crisis by attacking statistics. After the horror of Hurricane Maria's impact on Puerto Rico was finally accounted for, researches determined that the storm likely led to the deaths of nearly 3,000 people. Trump baselessly dismissed this ccount of deaths on his watch as a plot against him.

And it wouldn't be that surprising a development for Trump do start dismissing the rising COVID-19 death toll, which as of this writing is over 73,000, according to Worldometer. Many critics, including me, have argued that his inaction and reckless behavior contributed to the deadliness of the outbreak. Since he can't turn back time and do a good job at the start of the crisis, he likely thinks his best bet is to downplay had bad the crisis is.

Swan reported that several of the president's top officials share his skepticism about the death counts.

In fact, it's surprising Trump hasn't yet tried to dismiss the official death counts. His conspiracy-minded allies on Fox News have promoted several different theories about why the final count might be much lower than the official toll. As the Washington Post's Aaron Blake documented, each of these claims is unpersuasive. And the truth is that experts who look at total mortality in the United States believe the COVID-19 pandemic is likely causing significantly more deaths than are showing up in the official figures at this point. But this fact isn't a conspiracy to make Trump look better — it just reflects the reality that counting deaths during a widespread crisis is challenging.

Axios also noted that problems in testing and the failure of some states to report suspected deaths from COVID-19 are likely keeping the numbers lower than they otherwise would be.

Trump has previously touted the idea that the United States' data is accurate.

If he abandons this position, though, it wouldn't be the first time Trump's indulged in such a gigantic flip-flop. During the 2016 campaign, he denounced the Obama administration's unemployment figures as fake; once he was president, he touted the same statistics as evidence of his economic prowess.