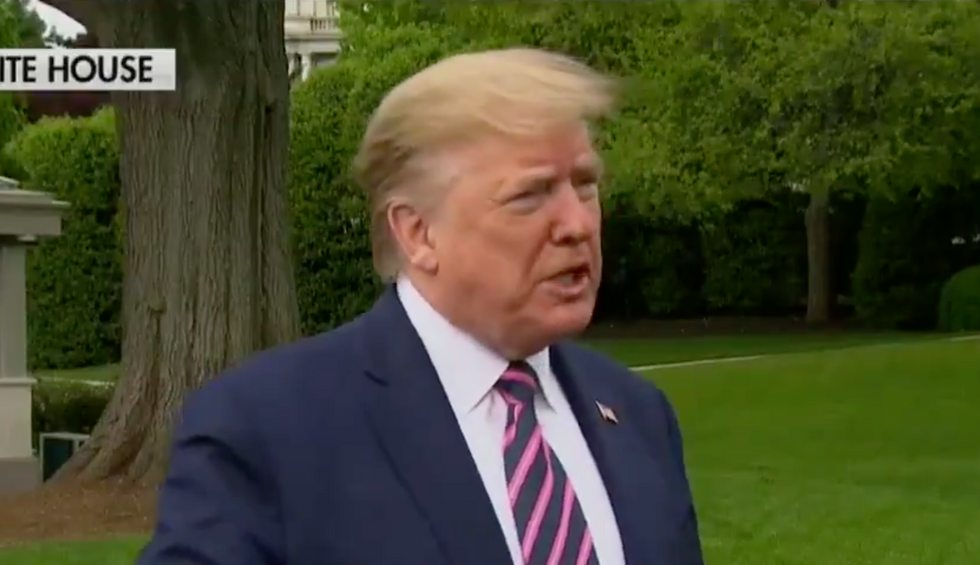 When the House Appropriations Committee revealed last week that the White House was blocking Dr. Anthony Facui from testifying before the congressional chamber, many were outraged that the administration was undermining a key avenue of oversight. But the White House pushed back, arguing that the timing wasn't right given the ongoing crisis.

"While the Trump Administration continues its whole-of-government response to COVID-19, including safely opening up America again and expediting vaccine development, it is counter-productive to have the very individuals involved in those efforts appearing at Congressional hearings," said White House Deputy Press Secretary Judd Deere. "We are committed to working with Congress to offer testimony at the appropriate time."

But on Tuesday, President Donald Trump dropped the pretense and made the truth quite clear. He doesn't want Fauci testifying in the House because Democrats control the chamber.

"Because the House is a set-up. The House is a bunch of Trump-haters. They put every Trump-hater on the committee, the same old stuff," Trump told reporters when asked about the decision. "The House has put on a committee, an oversight committee, of Maxine Waters, and Maloney, and the same people. And it's just a set-up. But Dr. Fauci will be testifying in front of the Senate. And he looks forward to doing that."

There's no justification for denying the House its right to get testimony from administration experts, whose salaries are appropriated by lawmakers. And Trump's new remarks make it clear that there's no principled objection to the testimony; he's just doing whatever he can to block oversight from committees led by the Democratic Party. For any other president or administration, this would be a galling admission. But since so many outrages come from the White House each day, this one will likely be forgotten swiftly.