Trump and his Republican allies have given up on containing the pandemic and say mitigation is now a matter of personal choice. What's your plan? 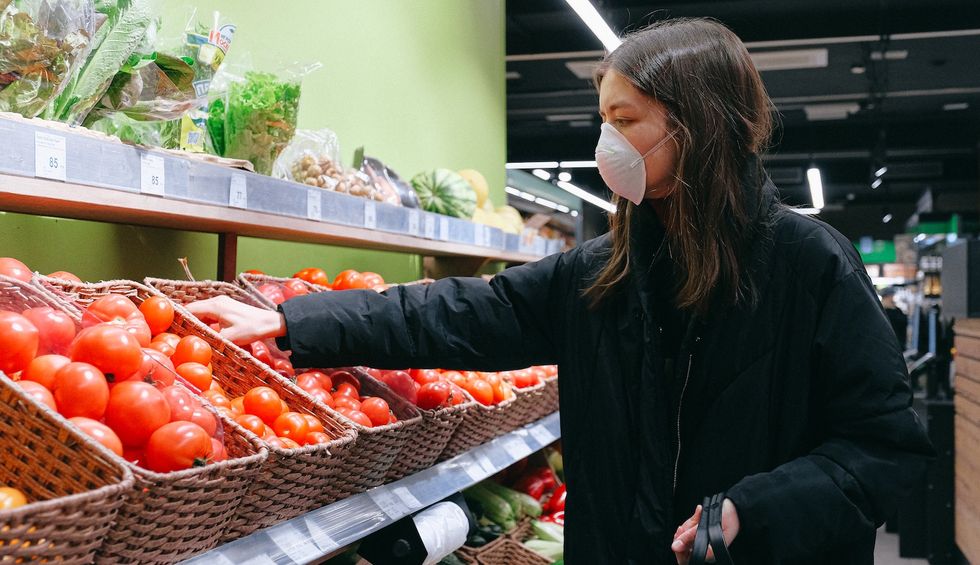 You'd be hard-pressed to come up with a better example of a problem that requires collective action to solve than the Covid-19 pandemic. At most, maybe 2-3 percent of the population have contracted the disease so far, and even if that confers lasting immunity on those who recover--which is not clear at present--that means most of our bodies have no defense against this new coronavirus. Researchers believe that the most infectious period is right around when symptoms first appear and a few days earlier. You can feel perfectly healthy while spreading it around; according to one study, 11 percent of those who contract Covid-19 are responsible for 80 percent of transmissions.

This is why the rhetoric of personal choice is incoherent. Conservatives have embraced the idea that if you want to stay home to protect yourself you should, and if you want to go out and engage in high-risk behavior you're only risking your own health. That's simply untrue. We've seen multiple "super-spreader" events--like the Washington choir practice where one mildly ill person is believed to have infected 87 percent of the group's singers--and every time someone undertakes an unnecessary risk, they may end up putting many other people in harm's way.

That doesn't mean we need to stay locked up indefinitely. With adequate testing and contact-tracing, support for the infected to voluntarily isolate themselves and widespread usage of masks, we could gradually reopen much of the economy safely and tackle any new flare-ups quickly as they arise. It's a historic tragedy, perhaps bordering on a crime against humanity, that we are doing almost none of that and our government has effectively told us that we're on our own.

The US has the worst Covid-19 outbreak in the world, by far, because the Trump regime sat on its hands for the first crucially important months and has failed to offer a coordinated nationwide mitigation framework since. But there's another angle to that story: We also appear to have avoided an even worse outcome because many people began sheltering in place before their state governments ordered them to do so. And as a New York Times analysis of cellphone data found, many people living in states that lifted their lockdown orders have continued to self-isolate even as businesses reopen.

Nobody is in favor of maintaining lockdowns for longer than necessary. The problem is that most states have reopened or will soon reopen despite failing to meet the CDC's criteria for doing so safely. That will force many people to face an awful choice between making a living and avoiding a deadly disease.

But millions of Americans who believe epidemiologists and public health officials over Donald Trump and various Fox News personalities do have the ability continue to take steps to help mitigate the spread of the pandemic. And we should. It doesn't mean maintaining a quarantine until a vaccine is available. It's about evaluating our own circumstances and making smart choices--smarter than those on the other side of what has unfortunately become a culture war issue who are packing bars and rushing to get manicures.

Where you live matters. Outbreaks don't care about state lines or national borders but they are inherently local. I live in a county in New York state that has quite a few cases but isn't a hot-zone; just under 1 percent of the population has tested positive despite insufficient testing.

My small city isn't densely populated so being outdoors, with or without a mask, carries very little risk. We have to manage our emotional and mental health as well as safeguard our physical wellbeing, and I'm socializing as much as possible in small, outdoor groups staying at least six feet apart.

My parents are elderly and have health problems, and I'd like to see them before a vaccine is available, so I will be more risk-averse than someone who doesn't have similar concerns.

I'm fortunate that I have worked from home for years. I won't return to the gym, go to a crowded restaurant or bar, or participate in any other unnecessary indoor activities around other people until our case numbers decline significantly, we're testing and tracing contacts more aggressively or we get a vaccine or effective antiviral therapy. In general, I'll continue to minimize my contacts with people. When I must be near others to shop for food or pick up medications or whatever, I'll wear a mask.

If I have to fly, I will. It's unlikely that I'll do any recreational air travel for a long while. I am planning to take some driving trips to nearby destinations this summer if the infection curve remains flat or is declining.

Most importantly, I'll be following the advice of serious public health experts regardless of what any politician says.

Our federal government has failed us miserably. Many state governments are also leaving us largely on our own. Millions of Americans will have no choice but to risk their health to stay afloat. Those of us who have the luxury of modifying our routine to contain the spread of Covid-19 have an obligation to our communities to do so. What's your plan?