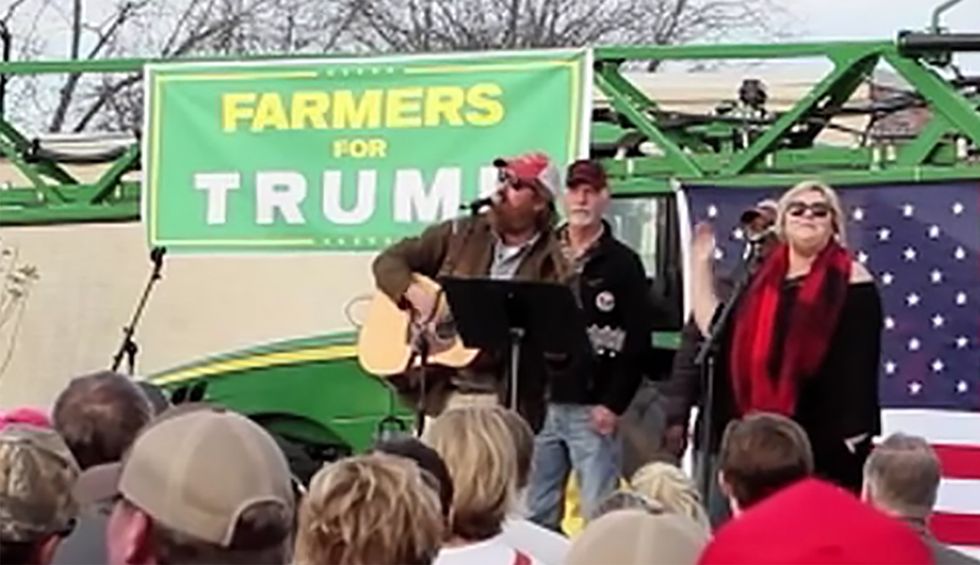 The Trump EPA wants to reapprove use of a dangerous herbicide.

Trump appointees are hiding behind the COVID-19 pandemic to excuse a herbicide manufacturer from monitoring levels of the poison in Midwest lakes and streams.

The EPA plans to raise the concentration of atrazine allowed in streams and lakes to 15 parts per billion. That is more than four times higher than what the EPA had recommended under the Obama administration. In April, Elissa Reaves, acting director of the herbicide re-evaluation division, suspended monitoring for the rest of the year.

“The public will now have no idea whether dangerous levels of atrazine are reaching rivers and streams throughout the Midwest,” said Nathan Donley, a senior scientist with the Center for Biological Diversity. “That’s absurd and reckless.”

Atrazine, which is banned in Europe, often washes into streams and lakes and is one of the most common contaminants of drinking water. It chemically castrates frogs. More than 70 million pounds of atrazine was sprayed in 2016,  mostly to control weeds in cornfields but also on sorghum, sugarcane and other crops.

Syngenta, the Swiss company that is the main manufacturer of atrazine, didn’t report any federal lobbying in 2019. But its former lobbyists include Jeff Sands who took a $99,125 pay cut in 2017 to work for then-EPA Administrator Scott Pruitt as a senior agricultural adviser.

Sands, who left the EPA, received an ethics waiver from Don McGahn, then Trump’s attorney, to participate in agricultural issues, including those he previously lobbied. The waiver was not supposed to include anything relating to Syngenta.

The Swiss company is known for trashing its critics and wielded influence over EPA decisions long before Trump was elected. Syngenta commissioned a psychological profile of Tyrone Hayes, the University of California, Berkeley, professor whose research found atrazine appeared to disrupt the sexual development of frogs.

The EPA’s 2007 and 2012 assessments of atrazine excluded 74 of 75 published laboratory studies on the effects of atrazine on amphibians. The single study it relied on, which found virtually no adverse reproductive impacts even at relatively high doses of atrazine, was funded by Syngenta. Co-author Alan Hosmer was an employee of Syngenta.

The EPA’s ecological risk assessment, done during the Obama administration, repeatedly cites a 2008 paper, funded by Syngenta. The paper about atrazine’s effects on fish, amphibians and reptiles was written by pesticide industry consultant Keith Solomon and colleagues.

Frogs are an indicator species, meaning that harm to them can show risks to other species. The average decline for amphibian populations is about 3.8% a year. At this rate, some species will disappear in half the habitats they occupy in about 20 years.