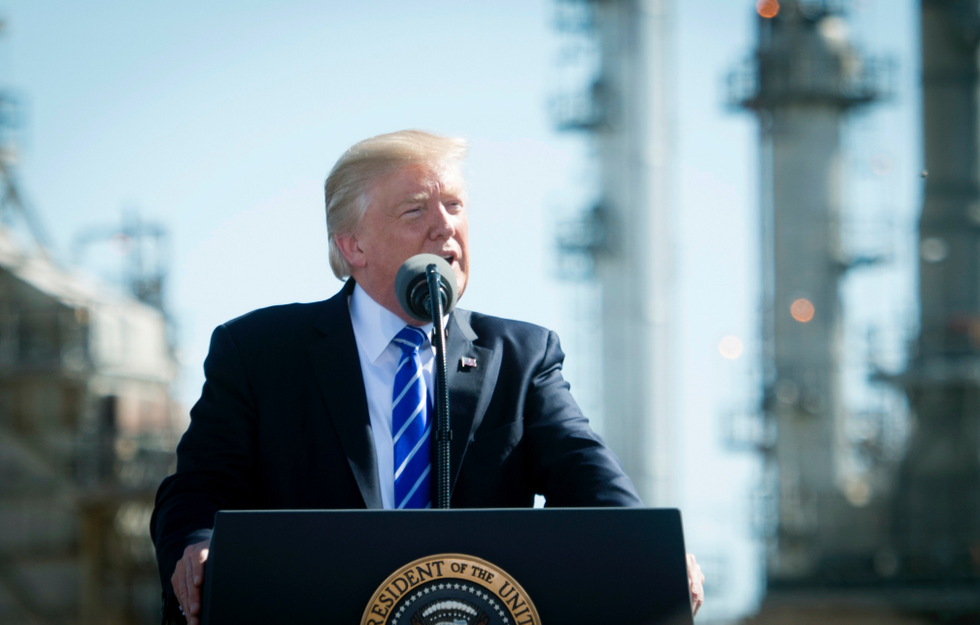 It's difficult to know which Trump team actions are incompetence and which are intended to be malicious, simply because everyone Donald Trump has hired, and that his underlings have under-hired, have managed to be both, aggressively and incessantly.

In the middle of a pandemic, with a crashing economy, Trump's Interior Department has suddenly decided that it is time that solar and wind projects on federal land pay up on rent fees that were put on hiatus by that same Trump administration two years ago. As in, retroactively. As in now.

Reuters brings us the details on this one, and it's ... strange, as usual. Two years ago the administration put solar and wind industry rent payments on hold after companies complained that rents set in the last administration were unfairly high. The Interior Department was to look into the complaints.

Apparently that review is now done, though Reuters was unable to get anyone from the department to acknowledge or comment on it, because now wind and solar companies are getting bills for two years of back rent. Surprise!

All right, so this is probably not what any solar or wind company really wanted to deal with, right about now. On the other hand, no company should expect to be able to use federal land for free—that has been a point of much contention, in recent decades.

On the third hand, though, you can't help compare it to Team Trump's measures to make sure the oil and gas companies are very, very well taken care of during the pandemic. As Reuters notes, the Trump administration at the same time is offering royalty relief to drillers to help them weather the economic downturn.

So then are the new demands to pay two years in back rent right square in the middle of an economic collapse a result of administration indifference and incompetence, or an effort to screw two industries that Trump's team personally hate with a passion? We don't know. We may never know. It's always something, with this crowd, and usually more than one something at once.