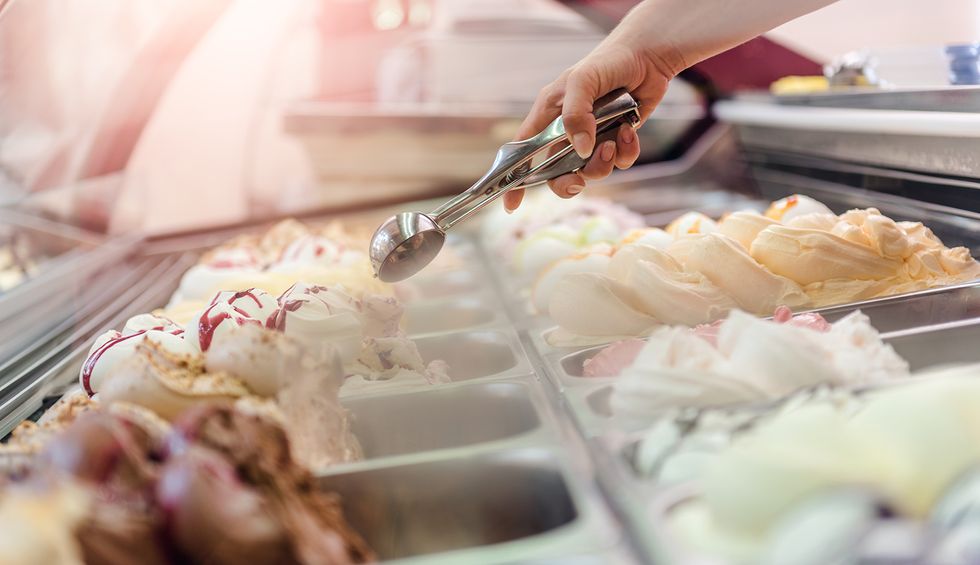 Image via Shutterstock.
Dartagnan
and
Daily Kos
May 12, 2020

The little Polar Cave Ice Cream Parlour in Mashpee, Massachusetts tried to do the right thing. But they ran into a problem called “entitlement.”

Following careful guidelines issued by its Governor, the small Cape Cod ice cream shop delighted local residents last week by announcing it would re-open on a limited basis for online orders only, with strict social distancing in place and a plea to its customers to place those orders at least an hour in advance.

Unfortunately, this common-sense request, made in the interest of preserving the safety of both customers and the Polar Cave’s employees, was apparently just too much of an infringement on the God-given right of certain members of the public to obtain their ice cream. Almost immediately the shop’s parking lot began to fill up with customers who ignored the request and showed up too early, as well as those who hadn’t placed any orders at all. But the Polar Cave, which was running with less staff than normal, couldn’t handle this barrage and soon became overwhelmed.

Now a few of those folks who just happened to be driving by might be forgiven for stopping in after seeing that the Polar Cave appeared to be open. But there really is no excuse for what happened next, as customers angry that they weren’t being served quickly enough became abusive and started verbally harassing the store’s teenage employees, hurling so much nasty abuse that one 18-year old young woman quit after finishing her shift.  As reported by the Washington Post:

The teenager who quit after a barrage of abuse, he said, was one of his best workers at a Mashpee, Mass., institution that calls its owner “Papa Bear” and offers a long list of ice cream fun facts on its website. The worker “stuck it through her shift,” Lawrence told local media, despite facing language that “you wouldn’t even say in a men’s locker room.”

This torrent of First World bad behavior ultimately forced the Polar Cave to shut down after one day, but thankfully, after an outpouring of public support on Facebook, it has now re-opened, and customers now seem to be waiting more patiently for their ice cream.

As noted by the Post, what Polar Cave experienced is not particularly unique, as businesses around the country struggling to re-open are coming face to face with a certain breed of Americans who feel they are simply entitled to be catered to in the midst of a public health crisis: “The harassment came as employees around the country face verbal abuse and even violence while trying to navigate a new era of socially distant operations and public health precautions.”

”Some clashes over coronavirus-driven restrictions have turned violent, even deadly. A McDonald’s customer in Oklahoma City shot employees after being asked to leave because of new rules, according to officials, and prosecutors say a Family Dollar security guard was shot and killed in Flint, Mich., this month after telling a customer her child had to wear a mask to enter.

Some might call it a stretch to draw any comparisons between the sense of entitlement displayed by the patrons of the Polar Cave Ice Cream Parlour and the overly-publicized actions of certain so-called “patriots” around the country who have loudly protested social distancing restrictions as an infringement of their “rights” and “freedoms.”

Some might think that a group of well-fed, internet-savvy people driving their fifty-thousand dollar “dually” pickups and SUV’s to storm their state capitals and threaten their legislatures while brandishing expensive, high-powered weapons to protest temporary business closures intended to protect the public health is really not at all like a crowd of angry white Massachusetts suburbanites becoming verbally abusive over their inability to get their ice cream right quick, the way they’re used to it.

Some might even say the government has no right to deny any American their ice cream. That having that ice cream served to them right away is a fundamental right, important enough for you to die for, whether you agree or not. And any government that disagrees with that is a tyrannical, fascist dictatorship, and oh by the way there’s a rant by some idiot on You Tube with a thousand likes that says so.

And some might think that any state governor who doesn’t bend over backwards just to cater to his/her more ignorant citizens’ entitled demands-- no matter who gets sick or dies in the process-- should be threatened or harassed for trying to protect everyone else, just like that 18-year old woman at the Polar Cave.

Most Americans understand and recognize that some degree of mutual sacrifice and inconvenience is necessary in order to get us through this, the worst public health crisis in our lifetimes. For some Americans, however, it appears this is the first time they’ve ever had to think of anyone but themselves, and it shows.

So they just feel entitled to jump to the front of the line. Because waiting for that ice cream is just intolerable.