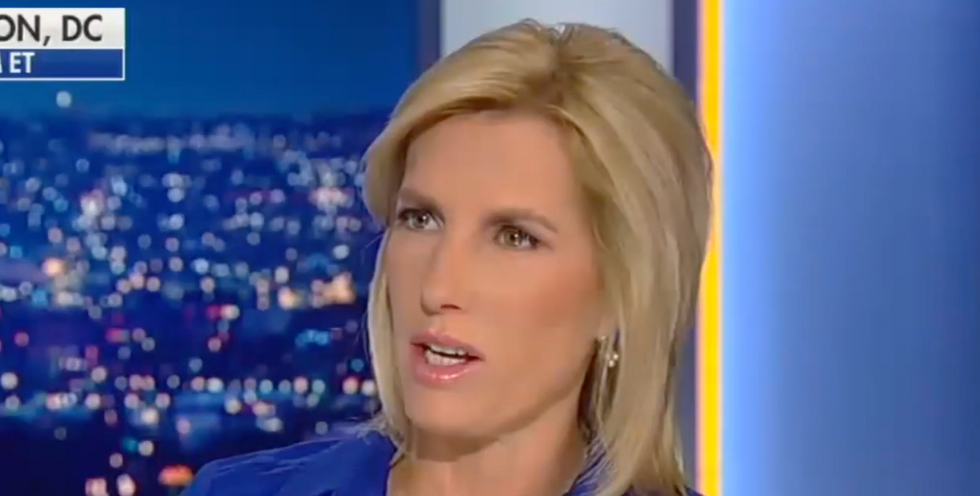 Desperate to deny the grim reality of coronavirus pandemic, right-wing media figures are latching on to a new bogus claim about the outbreak's death rate — despite the fact that it is easily debunked.

It seems to have originated with right-wing fabulist Dinesh D'Souza over the weekend, as Media Matters pointed out, and it only grew from there. In a tweet, D'Souza linked to a page on the Centers for Disease Control and Prevention's site listing a death count for the disease in the United States. It said, at the time, that its official total was around 37,000 deaths, much lower than other counts that were far over 60,000.

"Just like that, CDC reduces its #Coronavirus death count to 37,000," D'Souza said. "That’s nearly HALF the total they were peddling. Did 30,000 people spring back to life like Lazarus? No, this seems a 'gaffe'—defined as a case of the CDC accidentally telling the truth."

But many pointed out that this was totally wrong. The CDC didn't reduce its death count. On another page, the CDC still lists the death tally in the mid-60,000 range as of this writing. There are simply different ways of accounting for the virus's death toll, and D'Souza was — intentionally or not — confusing his audience.

The page D'Souza linked to explains his obvious error.

"Number of deaths reported in this table are the total number of deaths received and coded as of the date of analysis and do not represent all deaths that occurred in that period," the page said in a note. It also adds: "Death counts are delayed and may differ from other published sources (see Technical Notes). Counts will be updated periodically. Additional information will be added to this site as available."

Different outlets use different sources to add up the death count. Worldometer, which typically has one of the most up-to-date counts and currently lists the U.S. death count at just over 69,000, explains its sourcing:

Our sources include Official Websites of Ministries of Health or other Government Institutions and Government authorities' social media accounts. Because national aggregates often lag behind the regional and local health departments' data, part of our work consists in monitoring thousands of daily reports released by local authorities. Our multilingual team also monitors press briefings' live streams throughout the day. Occasionally, we can use a selection of leading and trusted news wires with a proven history of accuracy in communicating the data reported by Governments in live press conferences before it is published on the Official Websites.

Obviously, different methods of accounting will lead to different tallies.

If D'Souza had just read the page he was linking to, he would have realized his claim was bogus. But this is D'Souza's shtick. He's always throwing out highly dubious or outright fabricated claims that appeal to the right wing, with little interest in whether they're actually true. He likely doesn't care if they're false.

Downplaying the death toll from coronavirus has become major theme of right-wing media in recent weeks. They like to argue that the numbers are inflated, often by claiming many deaths are being attributed to COVID-19 when an individual merely dies while they were infected with the virus, rather than because of the virus. There's often an implicit assumption that the supposedly "inflated" numbers are intended to hurt President Donald Trump.

And it's true that, in the middle of a pandemic, we can't assume the counts are 100 percent accurate. But the reality is that we're most likely drastically undercounting the number of death COVID-19 is causing, rather than inflating the statistics. The Washington Post recently reported that data on all-cause mortality indicates that there are likely many thousands of coronavirus deaths that are not showing up yet in the official statistics. And the New York Times reported on Monday that internal Trump administration data projects that the daily death count will continue growing over the next month reaching 3,000 a day. Right-wing media figures are correct to be skeptical of official figures, but they're wrong if they believe the crisis isn't as bad as it seems. It's likely worse.

It's easier to believe what's convenient, though, so other right-wing figures have embraced D'Souza's distortion. As Media Matters pointed out, Fox News' Laura Ingraham picked up the claim, as did Fox News guest Kevin Sorbo. Gateway Pundit, a notorious right-wing conspiracy site, promoted the idea, too.

Even if it is widely debunked, the idea will likely remain accepted as fact by many of these figures' fans. And that's the point. It doesn't matter for the propagandist if they're right, just that they forward the message.