'The jig is up': The woman behind Roe v. Wade became a hero of abortion opponents — but now we know it was 'all an act' 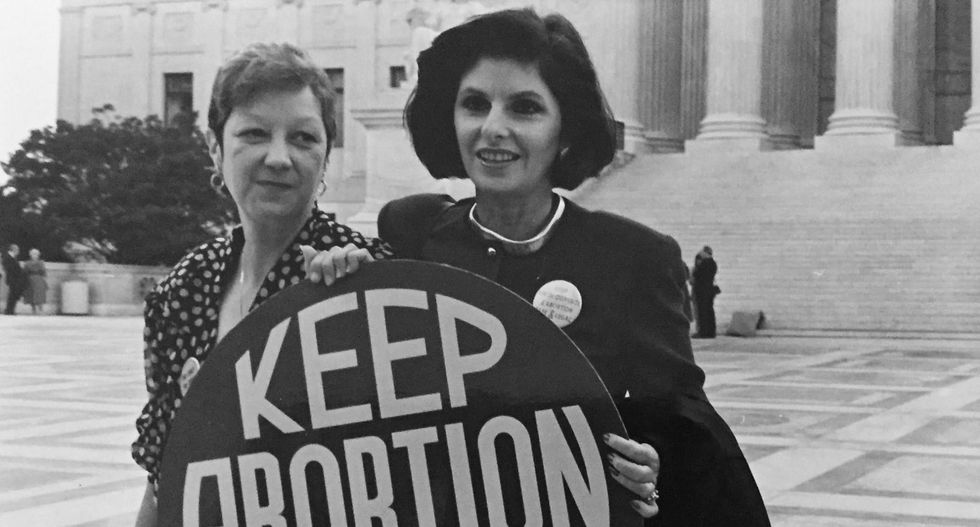 Since the 1990s, far-right Christian fundamentalists have been pointing to Norma McCorvey — the woman protected by the pseudonym "Jane Roe" in the U.S. Supreme Court’s landmark Roe v. Wade decision of 1973 — as an example of how deeply a woman could regret her decision to have an abortion. But director Nick Sweeney’s forthcoming documentary on McCorvey, “AKA Jane Roe,” contains a major bombshell: her conversion from abortion rights icon to born-again Christian abortion opponent was “all an act.”

No Supreme Court decision in U.S. history has infuriated the far-right evangelical movement more than Roe v. Wade, which legalized abortion in all 50 states: before Roe, the legality or illegal of abortion in the U.S. was determined on a state-by-state basis. And while Republicans have tried to undermine the protections of Roe in some states, the ruling has yet to be overturned after 47 years. Pro-choice activists fear, though, that it will be now that Justice Brett Kavanaugh occupies the seat once held by Justice Anthony Kennedy, the former swing vote who was more liberal on social issues like abortion and gay rights.

In the 1990s, anti-abortion activists were delighted when McCorvey (who died in 2017 at the age of 69) came out against abortion and asserted that she regretted having had one when she was younger. Fundamentalists like the Rev. Schenck and Operation Rescue’s Rev. Flip Benham used McCorvey to push the anti-abortion cause.

McCorvey, in a nursing home, is seen in Sweeney’s film saying, “This is my deathbed confession” and acknowledging that her embrace of fundamentalist anti-abortion crusaders was “an act.” Sweeney asks McCorvey, “Do you think you would say that you used them?’ — and she responds, “Well, I think it was a mutual thing. I took their money, and they took me out in front of the cameras and told me what to say. That’s what I’d say…. I’m a good actress. Of course, I’m not acting now.”

Journalist Cassie Da Costa, in the Daily Beast, describes Schenck as being “taken aback” by McCorvey’s confession. In the film, Schenck tells Sweeney, “I had never heard her say anything like this…. But I knew what we were doing, and there were times when I was sure she knew. And I wondered: is she playing us? What I didn’t have the guts to say was: because I know damn well we’re playing her.”

Schenck, in fact, has expressed regrets over manipulating McCorvey, lamenting, “What we did with Norma was highly unethical. The jig is up.”

Another revelation in the film has to do with McCorvey’s decision to end her romantic relationship with her female partner Connie Gonzalez — which, according to Da Costa, is something evangelicals pressured her into doing. Da Costa also notes that Sweeney’s film finds McCorvey sounding like her “pre-‘90s self, wisecracking and uninhibited,” when she says, “I wonder how many abortions Donald Trump is responsible for. I’m sure he’s lost count, if he can count that high." She also straightforwardly asserts: “If a young woman wants to have an abortion, fine. That’s no skin off my ass. You know, that’s why they call it ‘choice.’ It’s your choice.”