'The governors are flying blind': Maine senator slams Trump administration for encouraging states to open up without adequate testing 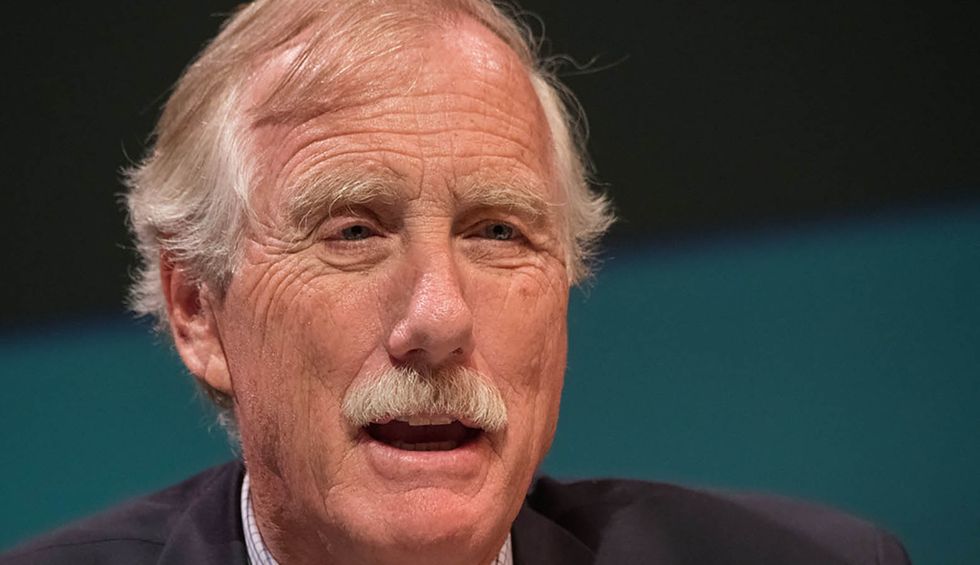 The independent Sen. Angus King of Maine has been one of the political wild cards in the U.S. Senate, sometimes agreeing with Republicans and sometimes agreeing with Democrats. During a Tuesday, May 5 appearance on CNN’s “New Day,” the 76-year-old King was critical of Republicans — stressing that governors have been “flying blind” during the coronavirus pandemic and asserting that he hasn’t received enough intelligence information when it comes to the origins of COVID-19.

When “New Day” host John Berman brought up the theory that COVID-19 originated in a lab in Mainland China, King asserted, “I haven’t seen any recent intelligence on this in the last month or so. If the president and the secretary of state, (Mike Pompeo), have intelligence on this, then as a member of the (Senate) Intelligence Committee, I want to see it. I’m entitled to see classified material. There are no limits on that kind of material being shared with the intelligence committees of the Congress. So, it bothers me that for the president and the secretary of state to assert, in such certainty — in fact, I think the president said ‘a high degree of certainty’ without at least sharing with the (Senate) Intelligence Committee on a closed classified basis what the basis of that is.”

Berman noted that Australian officials have disagreed with the theory that COVID-19 originated in a Chinese lab and stressed that the evidence points to “animal to human transmission.”

King went on to discuss Maine’s efforts to cope with the pandemic — and he asserted that it’s ridiculous for states to be reopening prematurely when not nearly enough coronavirus testing is taking place.

“The scandal here is the lack of testing,” King told Berman. “This whole opening up without adequate testing — which he don’t have now — is a crapshoot. The governors are flying blind. If we had adequate testing and tracing, we could open up a lot more safely."