Some companies are using bailout funds to make jobs permanently disappear — and those 'human workers are not coming back': historian 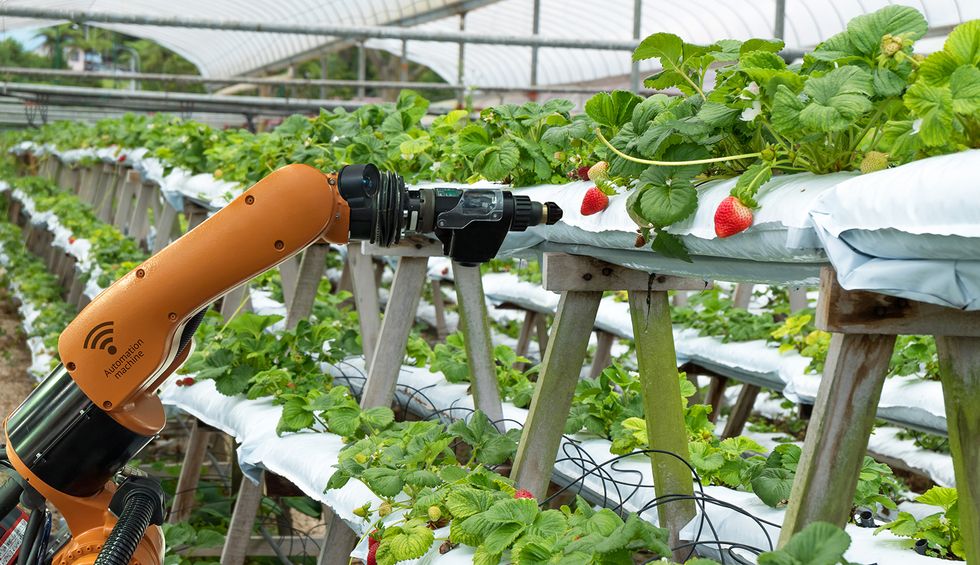 The federal Coronavirus bailout contains no restrictions on corporate investment in automation. That may be the most serious long term consequence of the pandemic.

It is widely reported how weak the federal guidelines are for use of Corona virus bailout funds. Most of the restrictions that require businesses to use taxpayer provided bailout dollars to retain their workforces were placed on small and medium sized operations. Enforcement mechanisms are weak, if non-existent. Businesses self-certify they made a good faith effort. Essentially, they expected to operate based on the honor system.

Large corporations are not even required to abide by these considerations. The bailout law is supposed to prevent corporate stock buybacks and excessive dividend payouts, and set limits on executive compensation, but the Secretary of the Treasury can waive these restrictions to protect the national interest, and Donald Trump has announced he has no intention of reporting to Congressional oversight committees. No employee protections are specified in the law and there are no restrictions on corporations using the money to invest in technology that replaces workers.

The almost half a trillion federal dollars targeted to bail out large corporations will be administered by Federal Reservebanks. But Fed officials are backing off from requiring these companies to protect their workers. In addition, direct Federal Reserve loans, which add billions to the corporate honeypot, come with no strings attached at all on how money will be used.

If you think corporations will act honorably to protect workers, you don’t understand American capitalism. Following the 2008 Wall Street and banking collapse, companies used federal bailout dollars to give corporate executives over one and a half billion dollars in salaries, bonuses, stock options, and benefits. Goldman Sachs, which received $10 billion from the federal government, then paid its President and CEO nearly $54 million.

Historically, war-profiteering has always been a particularly lucrative opportunity for corporations to enrich themselves at public expense. During the American Civil War, corporate America sold defective weapons and shoddy uniforms and shoes to the Union Army. During the Spanish-American War it sold spoiled or “embalmed beef” to feed the troops. Cost-plus contracts were introduced during World War I and continued during World War II. United States Major General Smedley Butler estimated that during the first World War, the United States government spent $16,000,000,000 on equipment and supplies that had “no relevant use in the war effort.” During World War II, a Special Senate committeeinvestigating the National Defense Program headed by future President Harry Truman reported that companies with the largest volume of war business increased their profits tenfold. Truman labeled some of the war profiteering as “treason.”

More recently, Pentagon auditors challenged more than a billion dollars in excessive spending and improper billing by Halliburton, which received non-competitive Defense Department contracts during the outsourced war in Iraq. A Congressional oversight committee estimated between $30 and $60 billion in contract fraud during the Afghan and Iraq wars.

In this crisis, stock market analysts celebrate the seeming paradox of stock price recovery while unemployment soars. They expect record unemployment will place pressure on the federal government to provide corporations with even more financial giveaways and low-cost loans.

Wartime corporate profits have frequently been used to mechanize production, increasing corporate wealth at the expense of workers. This happened in bituminous coal mining, my area of study, after both World War I and World War II. While the long-term impact of new technologies on overall employment may be positive, it is definitely negative for displaced workers and their families like 18th century British weavers, 19th century blacksmiths and carriage-makers, and post-World War II longshoreman and typographers, who live, eat, and have to pay rent or mortgages in the short term. Automation today projects as much worse than in past eras, not just threatening specific industries, but the nature of human work itself.

Currently, 15.6 million retail workers and 5.2 million warehouse workers, who together made up almost 15% of the American workforce before the Corona virus pandemic, are at the greatest risk of replacement by robots by corporations using unregulated federal bailout dollars.

Before the Corona virus pandemic, companies were increasingly using robots to replace human workers at call centers, warehouses and grocery stores. The corporate goal: cut labor costs and improve profit. Using the excuse that they are protecting humans from infection, companies are expanding automation. According to one tech company, retailers are now using “autonomous floor care robots” to replace humans doing 8,000 hours of daily work, a 13% increase from two months ago. Once an investment is made in purchasing these machines, human workers are not coming back.

The Giant Eagle supermarket chain, one of the largest privately held corporations in the United States with 32,000 employees, is using robots to keep track of inventory, supposedly freeing its employees to disinfect and sanitize store surfaces and process deliveries. But once the pandemic subsides, shelves won’t need to be disinfected, pressure for deliveries will decline, and the robots will still be there managing inventory.

Walmart employs 1.5 million workers, making it the United States’ largest private employer. It is partnering with Bossa Nova Robotics and researchers at Carnegie Mellon University to design a shelf-scanning robot to use in its stores and warehouses. One prototype operates 365 days a year without lunch breaks, vacations, or sick days, and takes only short time-outs to recharge its batteries. It scans shelves with a high-resolution camera and reports out-of-stock items for reordering.

Amazon employs more than 1.1 million Americans. In 2012, Amazon purchased a robotics company that developed mobile robots that read barcodes and collect and transport products in its huge warehouses. It also sponsors an international contest where robotics teams compete to create the fastest and most efficient robots. In December 2019, Amazon had more than 200,000 mobile robots in operation. Human workers are expected to keep pace with the robots if they want to keep their jobs. Injuries have increased along with productivity, but they may decline soon as Amazon introduces a new generation of robots that can pack items for shipping and replace more workers.

A major force in efforts push to replace humans with machines is the McKinsey consulting firm. McKinsey claims grocers could enhance their profits by reducing “the pool of labor hours” by as much as 65% using currently available automation technology. If McKinsey recommends something, it cannot be good for American workers.

According to a McKinsey Global Institute report, retail will not be the only work area dramatically impacted by automation: “currently demonstrated technologies could automate 45 percent of the activities people are paid to perform and.. about 60 percent of all occupations could see 30 percent or more of their constituent activities automated.” This was written before federal Coronavirus funding started to pour billions of dollars into technological research and the corporate acquisition of automated machinery.

Public attention therefore cannot just be about hunkering down and surviving the Corona virus. Democratic Party attempts to extend unemployment insurance during the pandemic, while vitally important, do not address what will happen when companies use bailout funds to make jobs permanently disappear. It is time to get very serious about planning for the post-pandemic world of work.