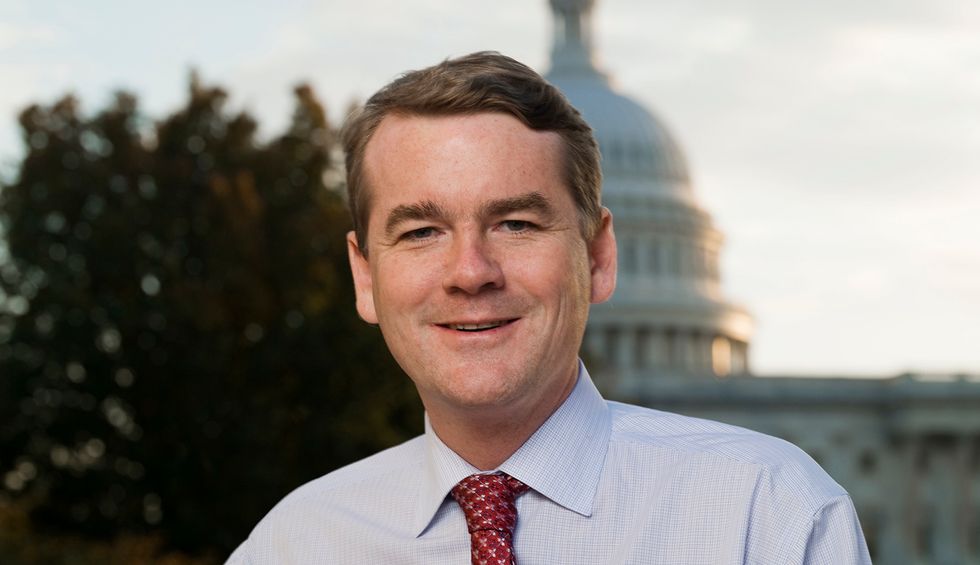 US Senate image via Wikipedia.
Jake Johnson
and
Common Dreams
May 13, 2020

A senior Democratic Senate staffer wrote in a lengthy Twitter thread Tuesday morning that he has "never been so dejected" by the state of policymaking on Capitol Hill and warned that Congress is "sleepwalking toward a gut-wrenching, painful failure" as it refuses to advance solutions that match the scale of the coronavirus pandemic and the resulting economic disaster.

Anderson, who works on economic and tax policy, ripped the Republican Party for its "appallingly destructive" behavior during the crisis—including its push for legal immunity for corporations and cynical complaints about the rising deficit—and voiced fear that Democrats are likely to continue offering inadequate solutions "in the hope of appearing more 'reasonable.'"

"If Dems start at half a loaf, Republicans will cut that in half (or more) too," Anderson said. "Due to 'cost concerns' we risk underdoing unemployment benefits, housing, food assistance, healthcare."

"Congress appears to be on its way to passing a half-assed bill that underachieves on public health, families/workers, state/local governments, businesses," Anderson continued. "I hope I'm wrong, but this feels inevitable. I don't see how the dynamic changes much. I see Republicans becoming increasingly dug in around cost concerns that make very little sense. The cost of insufficient action is devastating. I don't know what else to say."

I’ve seen ugly policymaking, but I’ve never been so dejected. Congress appears to be on its way to passing a half-a… https://t.co/hDbxoiVA4s
— Charlie Anderson (@Charlie Anderson)1589286322.0

Anderson's assessment came just hours after Senate Majority Leader Mitch McConnell (R-Ky.) told reporters Monday that he and his Republican colleagues have "not yet felt the urgency of acting immediately" on another coronavirus stimulus package, even after a Labor Department jobs report found that a record 20.5 million people in the U.S. lost their jobs in April.

The unprecedented wave of job losses brought the official unemployment rate to 14.7%, the highest level since the Great Depression.

"I'm in constant communication with the White House and if we decide to go forward we'll go forward together," said McConnell. Larry Kudlow, President Donald Trump's top economic adviser, said last Friday that formal talks between the White House and Congress have been "paused" and may not resume until next month.

House Democrats, meanwhile, are preparing to introduce a coronavirus stimulus package as soon as this week that is reportedly expected to include an expansion of federal nutritional assistance and Medicaid, additional funding for states and hospitals, $25 billion for the U.S. Postal Service, and another round of direct payments to U.S. households.

Senate Minority Leader Chuck Schumer (D-N.Y) promised that the Democratic relief package will be "Rooseveltian." According to Axios, the Democrats' bill is expected to contain around $1.2 trillion in proposed spending—just over half the size of the $2.2 trillion CARES Act.

"I can't get over Axios calling $1.2 trillion 'whopping,'" Dan Riffle, former policy adviser to Rep. Alexandria Ocasio-Cortez (D-N.Y.), tweeted on Monday. "That's smaller than the first stimulus, which we all recognize wasn't enough."

"If this was going to be 'Rooseveltian' as advertised (i.e. on the scale of the Great Depression) it would need to be ~$9-10 trillion," Riffle added.

The Democratic bill is not expected to include Rep. Pramila Jayapal's (D-Wash.) Paycheck Guarantee Act, which would authorize direct payroll grants to businesses with the goal of averting mass layoffs.

On Twitter, Jayapal voiced frustration with Democrats who claim the plan would be too difficult to implement in short order.

"It isn't difficult," said Jayapal, the co-chair of the Congressional Progressive Caucus. "It's just about having the will to do so and goal of stopping mass unemployment. What's worse than difficult is devastation we are facing."

Freelance journalist Jon Walker echoed Anderson's concerns about the Democratic legislation, tweeting Tuesday that he is worried House Speaker Nancy Pelosi (D-Calif.) is "going to bring to the floor a comically too-small show bill of like $1 trillion with only pretty normal stuff yet is [dead on arrival] in the Senate."

"It will be labeled the left flank so the compromise will be $400 billion and company liability waiver," Walker predicted. "House Dems should pass a bill equal to the size and shape of this crisis: $4 trillion with triggers and just refuse to negotiate. Make it a 'take it or leave it' as we approach July 31 when lack of action will cause a true Great Depression."