Ron DeSantis’ response to the coronavirus crisis is tanking his popularity in Florida: analysis 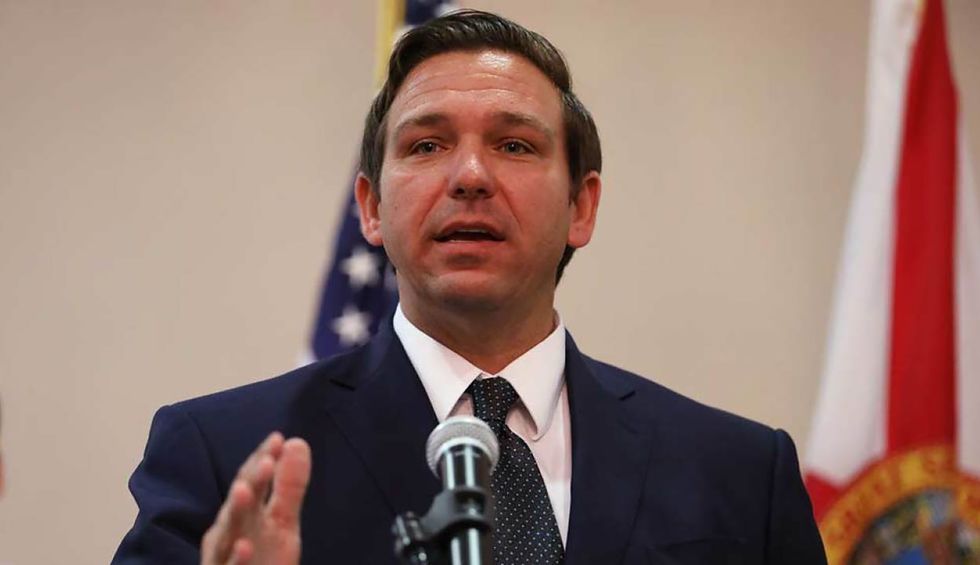 While some Republican governors have aggressively promoted social distancing measures in their states — most notably, Maryland’s Larry Hogan and Ohio’s Mike DeWine — Florida Gov. Ron DeSantis was much slower to close non-essential businesses and has taken the Trumpian view that Florida’s economy should reopen sooner rather than later. And reporter Steve Contorno, in the Tampa Bay Times, stresses that DeSantis’ popularity is suffering because of it.

“The Republican leader is still more liked than disliked in Florida,” Contorno explains, “but his popularity has fallen ever since he announced the first coronavirus cases in the Sunshine State.”

Contorno references a recent Washington Post/Ipsos poll, noting that “71% of Americans approve of how their governor is facing this challenge, but in Florida, 60% feel the same about DeSantis.”

The Tampa Bay Times journalist goes on to report that the publication “surveyed more than 200 of the state’s most plugged-in politicos” about DeSantis’ popularity and his coronavirus response — and they included “campaign operatives, fundraisers, party officials, lobbyists, political scientists and more from both side of the aisle.”

“When the Times polled the Florida insiders in March, about 60% gave DeSantis an A or B for his response to the coronavirus,” Contorno explains. “Asked to grade him again two months later, the As and Bs dropped to half, while the Ds and Fs have doubled to 30.”

That 60% approval, Contorno points out, falls short of how voters in other states feel about their governors’ responses to coronavirus.

“About 86% of Ohioans support Republican leader Mike DeWine’s coronavirus response, for example, and 81% of New Yorkers are behind Democrat Andrew Cuomo of New York,” according to Contorno.

One of the political insiders the Tampa Bay Times spoke to — someone Contorno describes as “not affiliated with either party” — told the publication, “Some Democrats and independents who were pleasantly surprised by the governor earlier in his term became disenchanted with his response to COVID-19. During a crisis, many people expect strong executive action — and DeSantis, instead, waited several weeks to issue a stay-at-home order…. So despite the fact that Florida is doing pretty well on COVID-19 deaths compared to the other states, DeSantis is not getting much credit yet.”

On Wednesday morning, May 13, researchers at Johns Hopkins University in Baltimore reported that Florida had suffered 1779 coronavirus-related deaths compared to 3914 in Pennsylvania, 27,284 in New York, 5141 in Massachusetts or 1436 in Ohio.