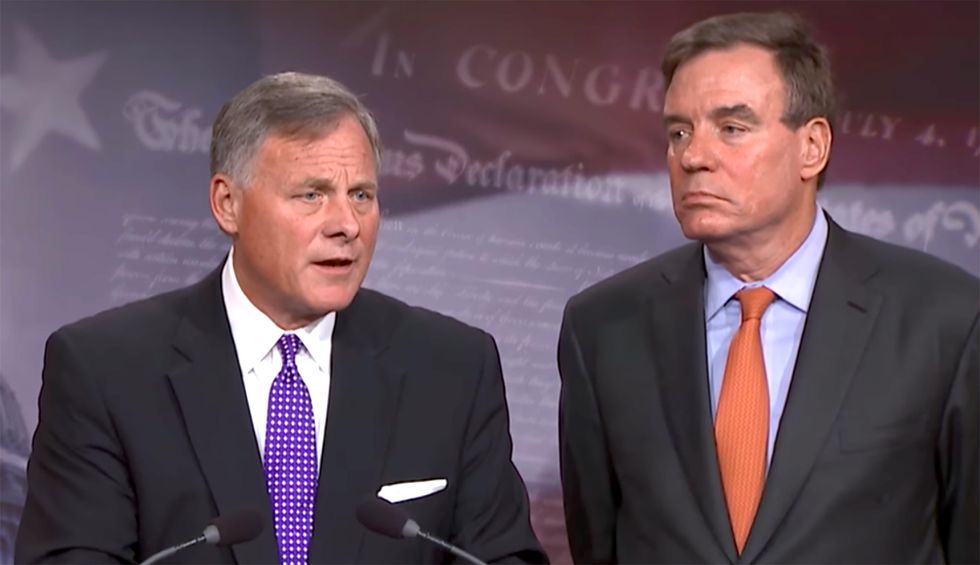 Sen. Richard Burr will be stepping aside as chairman of the Senate Intelligence Committee during the investigation into his stock trades, Senate Majority Leader Mitch McConnell announced Thursday.

“Senator Burr contacted me this morning to inform me of his decision,” McConnell wrote in a statement. “We agreed that this decision would be in the best interests of the committee and will be effective at the end of the day tomorrow.”

FBI agents served a search warrant to Burr at his Washington, D.C.-area home on Wednesday night as part of an investigation into stock sales he made in February before the stock market crash in response to the coronavirus pandemic, the Los Angeles Times reported.

Burr came under scrutiny after ProPublica reported in March that he sold off a significant percentage of his stocks shortly before the market declined, unloading between $628,000 and $1.72 million of his holdings on Feb. 13 in 33 separate transactions. As chairman of the intelligence committee and a member of the health committee, Burr had access to the government’s most highly classified information about threats to America’s security and public health concerns.

On the same day, Burr’s brother-in-law, Gerald Fauth, a member of the National Mediation Board, sold between $97,000 and $280,000 worth of shares in six companies — including several that have been hit particularly hard in the market swoon and economic downturn. A person who picked up Fauth’s phone previously declined to comment.

Before his sell-off, Burr had assured the public that the federal government was well-prepared to handle the virus. In a Feb. 7 op-ed that he co-authored with another senator, he said “the United States today is better prepared than ever before to face emerging public health threats, like the coronavirus.”

That month however, according to a recording obtained by NPR, Burr had given a VIP group at an exclusive social club a much more dire preview of the economic impact of the coronavirus, warning it could curtail business travel, cause schools to be closed and result in the military mobilizing to compensate for overwhelmed hospitals.

Burr’s Senate spokesperson declined to comment, as did the FBI.

Burr has defended his actions, saying he relied solely on public information, including CNBC reports, to inform his trades and did not rely on information he obtained as a senator.

ProPublica has also reported that Burr has frequently traded in medical stocks while working on legislation that could impact the industry, made a timely sale of his stake in an obscure Dutch fertilizer company before its stock plummeted and sold his Washington townhouse to a lobbyist and donor who had business before his committees.

Do you know where Richard Burr resides in Washington, D.C.? If so, or if you have any other tips about Burr or the stock trades of other government officials, email Robert.faturechi@propublica.org or reach him on Signal at 213-271-7217.