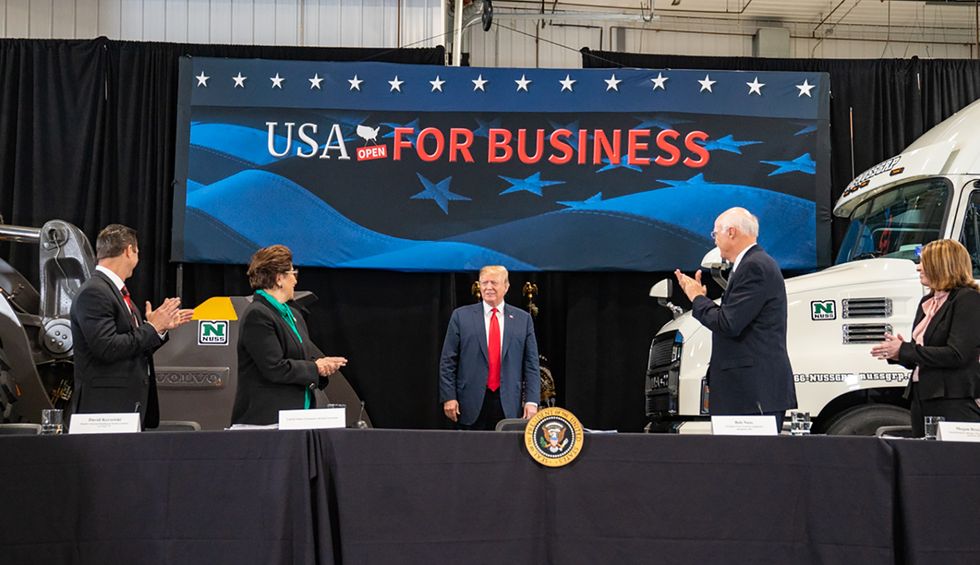 "Analysis: Reopening just a little bit isn’t really a big boon for the economy" was first published by The Texas Tribune, a nonprofit, nonpartisan media organization that informs Texans — and engages with them — about public policy, politics, government and statewide issues.

Really opening Texas would require the governor and like-minded officials to actually put businesses in a situation where they could operate and make money.

That’s not what is happening in Texas. The reopening of the state, so far, is more of an experiment about how open the state can get without giving the pandemic an opening of its own.

Gov. Greg Abbott is allowing certain kinds of businesses to open in constricted ways. That’s no way to make money. A restaurant with 25% of its seats full is a failing proposition. A hair salon that can only use two of its six chairs is not a going concern. A movie that attracts audiences sparse enough to leave 75 of every 100 seats empty is a flop on its way to streaming.

But if those businesses show small signs of life, Texans might consider the possibilities of moderating their recent habits by going out for dinner or a little shopping. They might relax, even in a pandemic.

Abbott’s openings and his decision to open more businesses more quickly than he first planned also release some of the building tension that has made Texas politicians — with their natural sensitivity to public attention — so nervous.

They could practically smell some of the same pent-up demand we’ve all been feeling. They want to set you free. They want to keep everyone safe, sure, but who wants to be the government meanie who’s making all of us huddle at home?

Abbott’s announcements let him have it both ways. His earlier restrictions, along with the local restrictions he’s preempting, appear to be easing. But these reopenings aren’t likely to jump-start a comatose economy; you can’t keep businesses rolling for long at 25% of their capacity.

And it’s still unclear whether you can keep people safe if you open any faster than that.

The governor has chosen to take responsibility for what happens next. After weeks of shifting accountability at the government level, with the federal government passing the buck to the state, which was passing the buck to local governments, Abbott is establishing ownership of the issue. The rules are his, and so will be whatever credit or blame that results from those rules. Ask not where the buck stops; now that he’s asserted control, it stops with the governor.

At the same time he was making nice about swimming pools, haircuts, bars, nail salons and gyms last week, Abbott was announcing plans for health squads the state will send to hot spots where coronavirus is rampaging — the meatpacking plants, nursing homes, prisons and other venues where people work or reside in close proximity and, often, with little or no protection against infectious disease.

The pandemic’s continuing rise — case numbers in Texas are still climbing, despite the optimistic noises from public officials — provides a rationale for the governor’s half-measures.

He’s telling you it’s all right to go to the movies, and also that it’s too dangerous to fill a movie theater with the regular crowd. It’s safe to go to a restaurant, if three out of four tables remain empty; a full restaurant is still a risk to your health.

Even with the equivocation, Abbott is showing some of the same impatience he’s hearing from some of his constituents. He started lifting the lid on public mingling with the news that restaurants and theaters and shopping malls could open at 25% capacity. He said then that state officials would watch closely for a couple of weeks to see if those openings gave the coronavirus fresh footing.

Instead, he waited through a weekend to expand the openings, starting Friday, to pools and salons and to say that bars and gyms will open shortly after that. The response teams, meanwhile, are available for hot spots.

The pandemic hasn’t gone anywhere — but go ahead with your work and your play. It’s not completely safe, but Abbott is betting that it’s safe enough to open Texas up, and to open it faster than he planned just a few days ago.

The measure of that is still more about medicine than economics. Opening some businesses a quarter of the way isn’t going to produce remarkable economic results. The results to watch are still on the public health side — the numbers that show how far the state and its governor can open up without letting the coronavirus run loose.

This article originally appeared in The Texas Tribune at https://www.texastribune.org/2020/05/11/reopening-texas-coronavirus-no-boon-economy/.