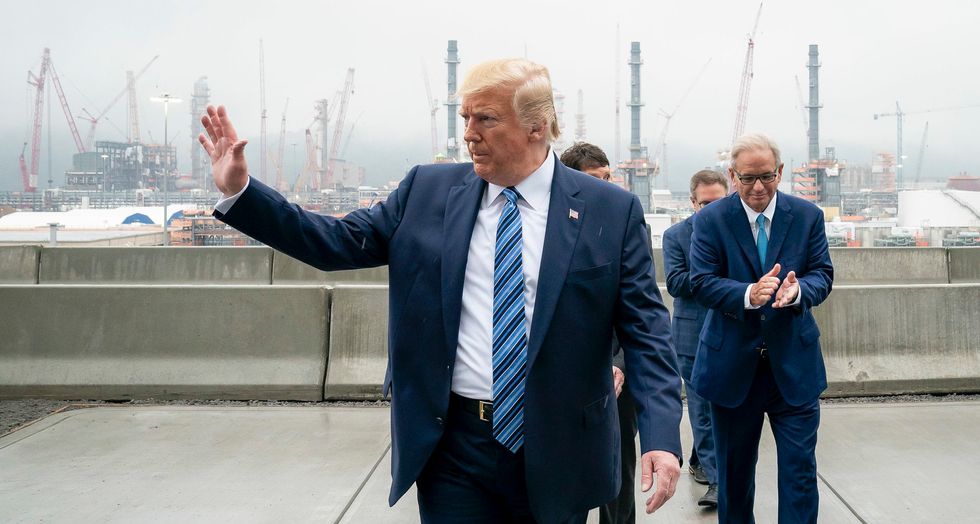 The Interior Department is demanding rent payments from renewable energy companies operating on federal lands, two years after it suspended rent for the operators as it investigated whether the Obama administration had charged too much.

The administration plans to collect $50 million in rent this year from 96 companies operating on federal property—the same amount of money that a recent report showed is going to fossil fuel companies in loans through the Paycheck Protection Program (PPP). As Common Dreams reported earlier this month, the oil and gas companies may not have to pay those loans back.

Susan Hassol of the climate research firm Climate Communication wrote that the Trump administration's charging of "huge retroactive rents" for wind and solar operations while simultaneously pushing for tax giveaways and bailouts for the oil and gas companies is "robbing from a clean energy future to prop up a dirty past."

The retroactive rent bills come as the solar, wind, and geothermal industries have seen many projects delayed due to the pandemic. The crisis has left many companies unable to access federal subsidies and has cut the industries' projected growth for this year by as much as 10%.

On Twitter, Doug Parr of Greenpeace UK called the administration's treatment of renewable energy companies versus its insistence on aiding fossil fuels "not just bad" but "pathological."

Earlier this month, the Institute for Energy Economics and Financial Analysis called any financial aid given to the fossil fuel sector "a complete waste of money," especially after oil prices fell in late April to negative-$37 per barrel and prompted calls for the government to nationalize the industry.