Ohio Senator clashes with Mnuchin at contentious coronavirus hearing: ‘How many workers should give their lives to expand GDP?’ 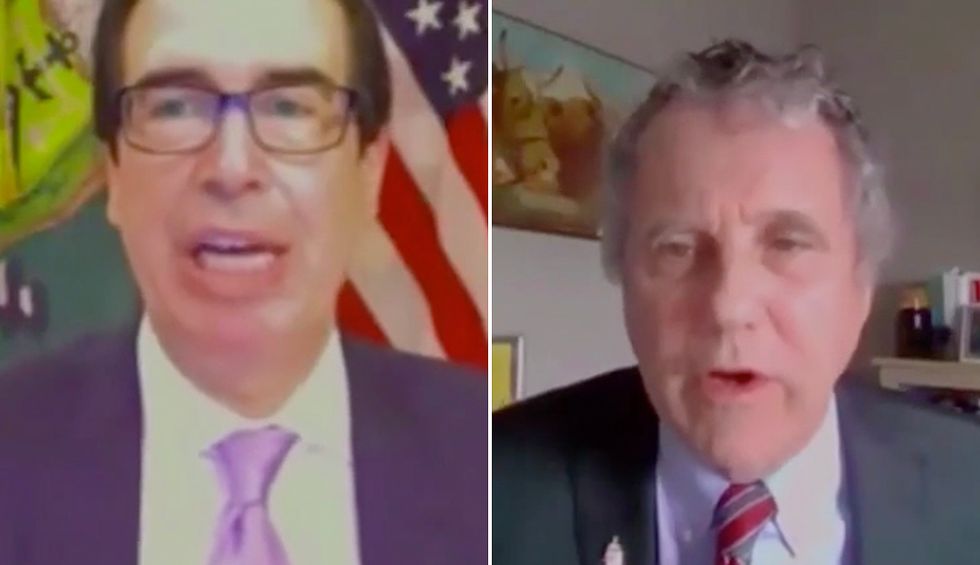 Brown began by attacking Senate Majority Leader Mitch McConnell (R-KY) for forcing the Senate to hold meetings at such a dangerous time.

“McConnell has forced workers to go against public health authorities’ advice for three weeks now. He still has no plan to get additional help for families and communities,” Brown said.

He then turned to demand answers for why the White House is forcing Americans back to work when, in some states, cases of the virus is still on the rise.

“How many workers should give their lives to increase our GDP by half a percent or the Dow Jones by 1,000 points?” asked the senator

“No workers should give their lives to do that and I think your characterization is unfair,” said Mnuchin.

It was just one of the contentious moments of a 10-minute long shaming of President Donald Trump’s administration’s lack of concern for Americans over corporations and the companies they work for.

Brown further pressed Mnuchin about the pay of essential workers, who are being forced to show up to work at a time that unemployment insurance would give them more funds if they were sitting at home not working. Neither Mnuchin nor Federal Reserve Chairman Jerome Powell wanted to agree that essential workers should be paid more.

See the full video below: