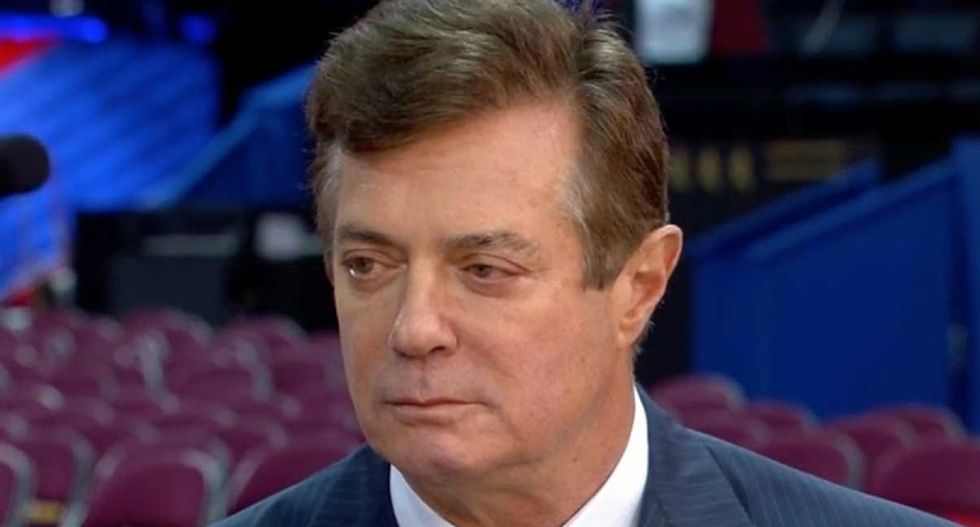 Much has been written about Paul Manafort’s legal problems in the United States, where President Donald Trump’s former campaign manager was sentenced to seven and one-half years in federal prison after being convicted of crimes ranging from witness tampering to tax and bank fraud. But BuzzFeed reporters Tanya Kozyreva and Christopher Miller revealed on Friday that Manafort was also targeted by prosecutors in Ukraine.

“BuzzFeed News can now reveal that in May 2019, as Manafort settled into his U.S. prison cell, a special investigations unit inside the Ukrainian prosecutor general’s office was preparing to wrap up a four-year-long investigation — drafting an indictment for him as well as for Greg Craig, a former Obama White House counsel and partner at the big-shot law firm Skadden, Arps, Slate, Meagher & Flom,” report Kozyreva and Miller, both of whom are based in Kyiv, Ukraine.

The alleged crime in question, according to the BuzzFeed journalists, was embezzling government funds. BuzzFeed has obtained a copy of the Ukrainian indictment, which alleges, “The managing partner of Skadden Law Firm, Gregory B. Craig, and Paul Manafort intentionally participated in the misappropriation of the funds from the State Budget of Ukraine totaling $1,075,381.41 —  8,595,523.61 Ukrainian hryvnias and more than 600 times the tax-free minimum of citizens’ salaries — causing damage to the state.”

The authenticity of the document, according to Kozyreva and Miller, was confirmed by Serhiy Gorbatyuk, a former federal prosecutor for special investigations in Ukraine. According to the BuzzFeed journalists, Gorbatyuk “led the effort to charge Manafort and Craig.”

Gorbatyuk told BuzzFeed, “In the course of the investigation, enough data was obtained to decide about pursuing criminal prosecution, including that of (Manafort and Craig).”

Manafort, Kozyreva and Miller note, worked for former Ukrainian President Viktor Yanukovych and his Russia-associated Party of Regions for “the better part of a decade.” Yanukovych was removed from office in 2014, and he was found guilty of treason in January 2019.

In July 2019, Kozyreva and Miller explain, “Gorbatyuk said the criminal charges for Manafort and Craig were nearly ready, but one of prosecutors decided to hold off because he wanted to send one more request for assistance to the U.S. Department of Justice…. That decision to hold off may have been the thing that ultimately kept Manafort and Craig from being charged in Ukraine.”

U.S. prosecutors sought to bring charges against Craig in 2019 related to his Ukraine work, but a jury found him not guilty.