More Americans trust CNN than either Trump or FOX News 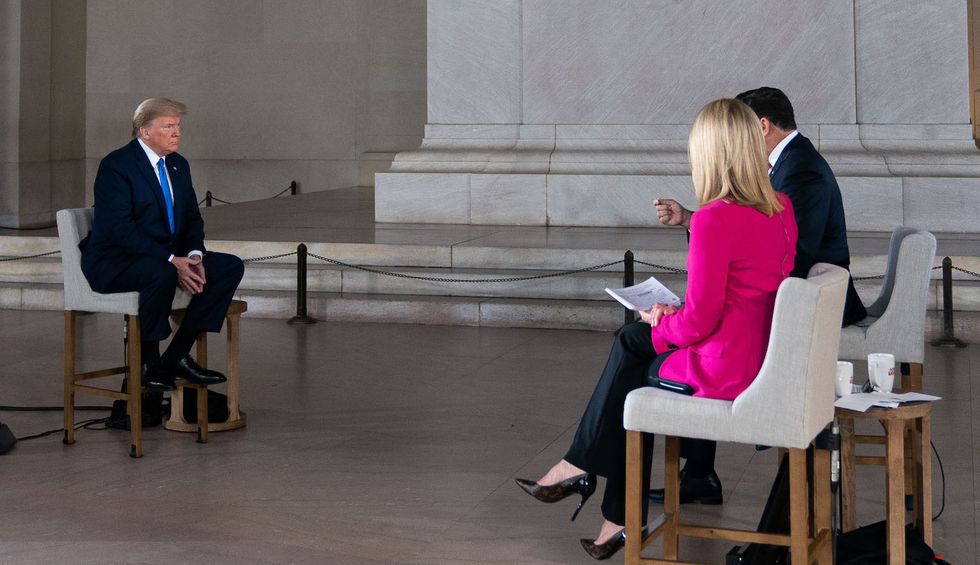 In recent days Donald Trump has been exhibiting surging symptoms of acute paranoia, anxiety, and desperation. Two days ago he posted a near record 124 tweets in one day. They ran the gamut of his typical fetishes from ego-drenched bragging about imaginary achievements, to vicious insults aimed at his perceived enemies, to delusional assertions of non-existent crimes committed by political adversaries. If Trump were on a street corner reciting the content of his tweets he would be quickly escorted to the nearest asylum for observation.

On Tuesday morning the out of control tweetstorming continued with Trump posting another 32 twantrums, all before 10:00am. While this behavior is not unheard of for Trump, there is clearly something that has triggered this escalation of hysterics. And more than likely it has something to with his downward spiraling approval ratings and the polls that show him losing to Joe Biden nationally, as well as in most of the crucial swing states. Trump's hijacking of the Coronavirus Task Force briefings backfired badly as his lies and belligerence turned off most Americans who were more interested in getting useful information about the raging COVID-19 pandemic.

A new poll is now affirming that what remains of Trump's already tattered reputation has taken a series of severe blows. His overall approval is still underwater (45%) and has never exceeded 50% at any point during his accidental presidency. What's more, a paltry 36% of the American people trust the information Trump provides about the coronavirus. That compares to 74% who trust the Centers for Disease Control, 67% who trust Dr. Anthony Fauci, and (and this has gotta sting) a majority of 55% who trust CNN, 19 points higher than those who trust Trump. That's in line with previous polling that found the same preference for what Trump refers to is Stalinist terms as "the enemy of the people."

There is some more worrisome news for Trump in the details of this poll. The support for Trump is tightly bound into his base, which at this point is more of a cult. How else would you explain that Trump's glassy-eyed disciples trust him more (84%) than they trust Dr. Fauci (61%)? As reported by CNN...

Democrats are plainly more persuaded by science than by partisan hackery and political lie factories. Can't say the same for Republicans. And the American people have made their choice with regard to news sources. While Fox News is still higher rated, that's only because their audience is glued to the right-wing propaganda network day and night, while the majority of the country gets their news from a variety of more credible sources, both national and local.

Trump surely has many reasons to be mired in a crushing meltdown. His polling is in the gutter. His reelection prospects are fading. The Supreme Court is hearing cases that could result in his finally having to reveal his tax returns. And he is rightfully being held accountable for the suffering and death caused by his negligent and incompetent mishandling of the coronavirus pandemic. Not that he cares about that. What's boiling his thinning blood is that, in addition to those other triggers, he knows that the American people - and the people of the world - see him as a failure and a clown who was never fit to be a leader. And that is the sort of judgment that weighs most heavily on narcissists with unchecked delusions of grandeur, like Trump.