Let's put the more than 80,000 Americans who have died from COVID-19 into a historical perspective 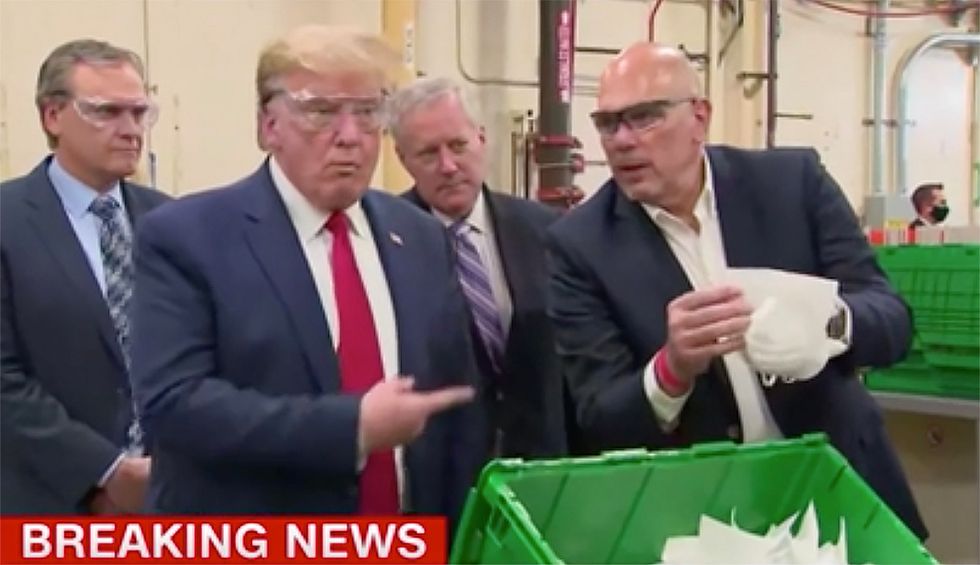 Image via Screengrab.
Walter Einenkel
and
Daily Kos
May 12, 2020

On Monday, May 11, Donald Trump decided to hold a pep rally to champion how big and strong and robust America’s COVID-19 testing capabilities are. It was the most pathetic attempt yet by this incompetent administration to cover their criminally negligent handling of our country’s public health. Draping himself in American flags, one of the planet’s worst world leaders told reporters that America leads the world in testing. This comes a few days after Trump told reporters that testing was a bit overrated.

Putting aside the fact of our country’s lack of early robust testing, which helped lead to an inability to contain COVID-19, which is why we are where we are today, Trump’s assertion is a lie. It’s factually incorrect. As of this story, the United States has seen more than 80,000 Americans succumb to the virus. The earliest deaths in America from the virus have been traced to two people in Santa Clara County, California, who died on Feb. 6 and Feb. 17, respectively. That means that in just three months, 80,000 Americans have died due to this very poorly managed public health crisis.

To put that into perspective, more Americans have died in the last three months than they did: