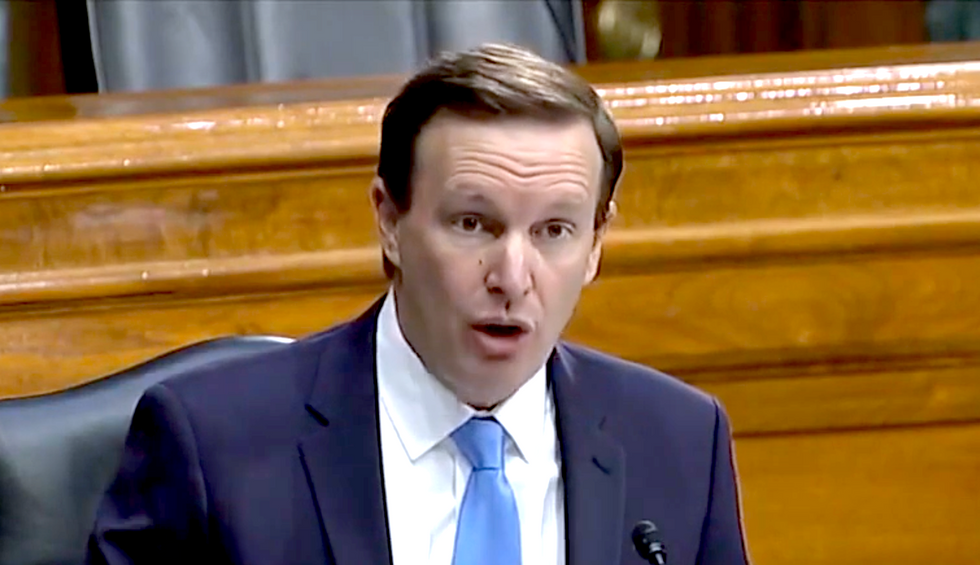 On Tuesday morning, members of President Donald Trump’s coronavirus task force — including expert immunologist Dr. Anthony Fauci and Dr. Robert R. Redfield, director of the Centers for Disease Control and Prevention — testified remotely before the U.S. Senate. One of the Democratic senators who questioned them was Sen. Chris Murphy of Connecticut, who brought up the fact that Fauci and Redfield are still functioning as “essential workers” and drawing salaries despite voluntarily being in self-quarantine.

Fauci explained, “We are essential workers as part of the essential infrastructure.” And Murphy acknowledged, “You all should draw a salary while you are taking precautionary steps.”

But the Connecticut Democrat went on to say, “My point is that quarantine is relatively easy for people like you and me. We can still work and get paid; we can telework. But there are millions of Americans who work jobs that can’t be performed from home or are paid by the hour. And it is just remarkable to me that this administration has not yet developed a mechanism for states to implement and pay for a quarantine system that will work for all Americans.”

Murphy went on to address Fauci and Redfield’s concerns about states and cities “opening too early,” noting that he finds it “infuriating to many of us” that Trump has “declared that we have prevailed over coronavirus.” Trump’s assertion, Murphy stressed, is “going to make it much harder on state leaders to keep social distancing restrictions in place. It comes days after the president called on citizens to liberate their states from social distancing orders.”

Murphy told Fauci and Redfield, “I think you’re all noble public servants, but I worry that you’re trying to have it both ways. You say states should not open too early, but then, you don’t give us the resources to succeed. You work for a president who is, frankly, undermining our efforts to comply with the guidance that you have given us. And then, the guidance that you provided is criminally vague.”

In Connecticut and other states, Murphy added, “We don’t have all of the experts that you have. So, we rely on you.”