In a prison where coronavirus is rife, he waits on a judge’s call to be freed 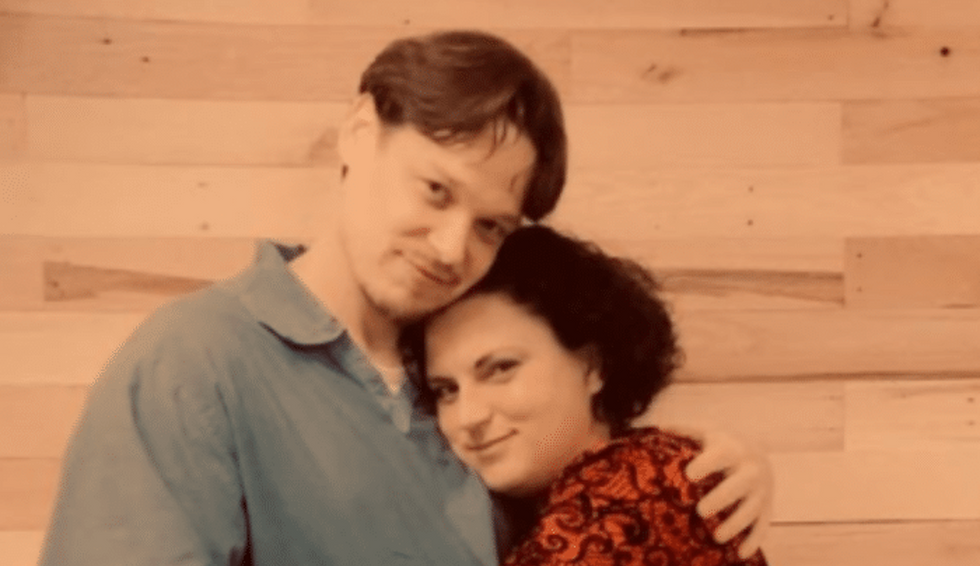 Photo of Dzelajlila and Crispino courtesy of Azzurra Crispino
Rory Fleming
and
Filter
May 01, 2020

James Dzelajlija is currently living in Ohio’s Marion Correctional Institution. Following two armed robbery convictions, he received a 17-year sentence and lost much of his 20s and of his 30s. But at the age of 38, he’s looking ahead. He married a woman living in rural Texas during his incarceration and plans to move there to live with her as soon as he gets out.

If he lives. Since his prison has a severe, wall-to-wall outbreak of the coronavirus—73 percent of residents had already caught the virus by April 20 and four had died by April 24—that’s far from certain.

His wife Azzurra Crispino, a philosophy professor, told Filter she first met Dzelajlija through Sean Swain—an incarcerated anarchist, jailhouse lawyer and writer who has appeared in anthologies alongside Chesa Boudin, the progressive new San Francisco District Attorney. Swain asked Crispino to try writing Dzelajlija because other friends of his were turned off by his becoming a devout Christian behind bars. They wrote each other letters for four years before meeting in person.

Crispino was struck that “James was very relatable, and always praying for me and asking how I was doing,” despite his difficult incarceration. With his interest in anarchism and hip-hop lyrics criticizing the prison system, guards repeatedly threw him into solitary confinement on seemingly pretextual grounds. Soon enough after meeting, Crispino and Dzelajlija married.

In his current circumstances, Dzelajlija has filed what Ohio calls a judicial release motion, which allows prisoners to ask for early release if they meet certain criteria. Whether he is released is now up to Judge Wanda Jones (a Black woman and registered Republican who replaced Democrat Daniel Gaul, a former judge outed for giving defendants racist nicknames by the podcast Serial).

While the judicial release law provides some hope to prisoners serving longer sentences, it is a weak and unscientific replacement for parole, which Ohio abolished in 1986. For nominally more serious crimes (anything from murder to a guard bringing marijuana into a jail), a period of “mandatory time” must first be served before you can be eligible for judicial release, and people serving only mandatory time are blocked from this form of relief altogether.

Dzelajlija had to serve a 10-year mandatory term stacked onto his seven-year underlying sentence, because the prosecutors in his second case used their discretion to file a repeat violent offender enhancement due to his first conviction.

Despite a new law authorizing the director of the Ohio Department of Rehabilitation and Correction to recommend judicial release after a prisoner served 80 percent of a non-mandatory sentence, such releases pre-COVID were still relatively uncommon. Several larger Ohio counties reported using it to release prisoners only about 17 percent of the time.

In a move bound to curb decarceration efforts, the Ohio Supreme Court placed a tolling order for deadlines until July 30 or the emergency is over (whichever is sooner), meaning judges will be able to put off hearing judicial release motions if they so choose. Many motions are simply languishing. Some attorneys are now putting the pressure on the Governor for large-scale emergency releases instead.

It is also customary for judges to not touch judicial release motions until the county prosecutors where the cases were originally filed weigh in.

Since the beginning of the pandemic, Sweeney estimated that his office has filed about 150 judicial release motions, with only a handful being processed thus far.

Cuyahoga County Prosecutor Michael O’Malley has already filed his response to James’s filing. O’Malley was not in office when James was prosecuted, and does not claim to have met with the victims, according to his legal motion, reviewed by Filter. Nonetheless, he staunchly opposed his release.

Reformers were hopeful about Prosecutor O’Malley after he won his 2016 bid for top prosecutor over the incumbent Tim McGinty, a noteworthy foe of Black Lives Matter. Since taking office, however, O’Malley has shown reluctance to curb the use of cash bail, while charging young teens as adults and breaking national records for seeking the death penalty.

Prosecutor O’Malley’s main argument for making Dzelajlija stay in the rusty Petri dish of Marion prison to serve his last two years is what many non-lawyers would brush off as a technicality. In essence, O’Malley wrote in his motion that the time James spent locked up in the county jail before trial does not count toward his “mandatory time” sentence. But, as any person ever locked up can attest, a cage is a cage.

Dzelajlija is far from the only person suffering in this way. The Office of the Ohio Public Defender and the Ohio Association of Criminal Defense Lawyers have an initiative to help get as many of these motions as possible before the courts as quickly as possible. But there are just so many wrenches being thrown into the judicial release process right now.

Robert “Michael” Urban III, a formerly incarcerated paralegal and the founder of the nonprofit L.E.A.P. Group (Listening, Encouraging and Assisting People of the Incarcerated), has been assisting Ohio prisoners file their judicial release motions. He said that right now, given the current chaos in the prisons, he “can get mail in, but they can’t get mail out.” Urban also told Filter that while some judges are letting people out when they are not eligible, others are ruling against petitioners with nonviolent offenses who have gotten the county prosecutor’s support.

As similar stories unfold in county criminal courts across Ohio, the stage is set for a mass tragedy. Social distancing in prison is basically impossible—especially in ones like Marion, which is at 150 percent capacity and was built in 1954, before mass incarceration started. People are almost always in close quarters with cell mates or others. Showers are communal. Meal times are comparable school lunches but with bleak, concrete surroundings. The answer to whether any prisoner will catch coronavirus is a stark “probably.”

O’Malley, the prosecutor opposing James’s release, does not have his hands tied. Even if he is right that “jail time isn’t prison time” (according to Ohio laws), prosecutors still can and do renegotiate cases.

Elected prosecutors like Denver DA Beth McCann and DeKalb County (Atlanta) DA Sherry Boston have done so when judging that punishments previously dished out were disproportionate to the circumstances. By helping decrease Christopher Williams’ sentence, DA Boston said she was “correcting the errors of the ‘tough on crime’ 1990s.” And that was before COVID.

In addition, James received the maximum 10-years extension under the mandatory time statute, and, semantics aside, has served it. While that was the trial judge’s call, the prosecutor could have chosen to forego the enhancement at the indictment stage. For those making judgment calls on the prospect of his release today who may be fearful of the political impact of reoffending, the “age-crime curve” should serve as a guide: As one’s age goes up, the likelihood of committing a new crime usually plummets.

Ohio Governor Mike Dewine, a former elected local prosecutor and state attorney general himself, has already granted commutation to 167 people since the COVID outbreak, ostensibly to slow its spread. But with nearly 49,000 prisoners in the state’s system, that was an insignificant, symbolic action. Dewine also said he would not consider people with a crime deemed violent or sexual in nature, regardless the comparative severity, rehabilitation, or the amount of time served.

Without some basic humanity from prosecutors like O’Malley, people who would be coming home soon under normal circumstances might find themselves under unmarked graves inst

In a Prison Where Coronavirus Is Rife, Waiting on a Judge’s Call to Be Freed

ead. That’s not justifiable for James Dzelajlila or anyone else.