'I’m sticking up for him': Trump finally weighs in on Joe Biden's accuser in a bizarre interview 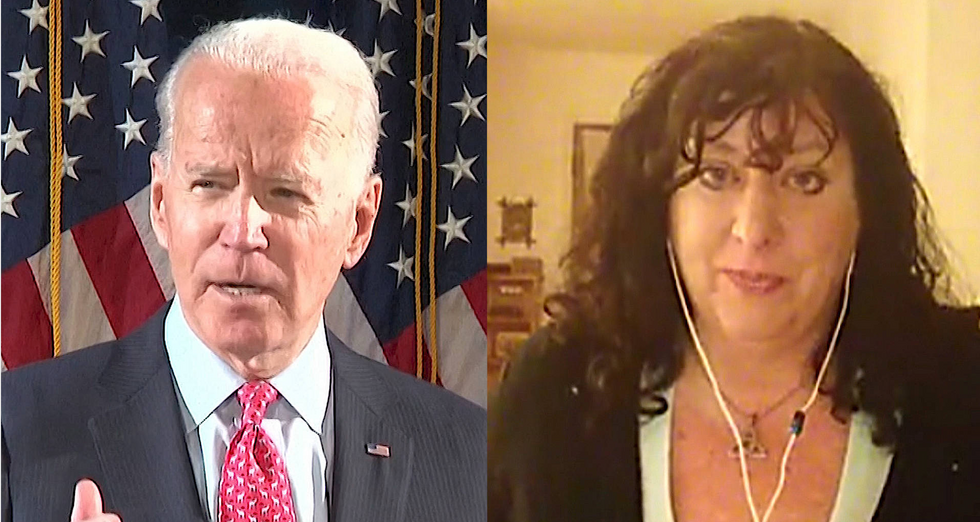 Appearing on MSNBC’s “Morning Joe” on Friday, former Vice President Joe Biden denied the allegation of sexual assault made against him by his former Senate aide Tara Reade. That same day, President Donald Trump discussed Reade’s allegation during an appearance on Dan Bongino’s podcast. And even though Trump seldom has anything good to say about Biden, he told Bongino that he was “sticking up for” the former vice president this time — although he also said that he  found Reade’s mother “compelling.”

Referring to people who have said that Reade discussed the alleged incident in the 1990s, Trump told Bongino, “You know, in a way, I guess you could say I’m sticking up for him." Trump encouraged Biden to deny the allegation and "get on with it" if it isn't true.

Trump was referring to the sexual misconduct allegations made against U.S. Supreme Court Justice Brett Kavanaugh in 2018 during his Senate confirmation hearings.

“What they put that man through and his family — his wife is an incredible woman, his daughters — for him to have to go through what he went through is a disgrace,” Trump told Bongino. “And you know, look, I look at the double standards. You look at Biden, nobody even wants to bring up the subject.”

MSNBC’s Mika Brzezinski definitely brought up the subject when interviewing Biden on “Morning Joe” on Friday. On Twitter, the National Review’s Jonah Goldberg said of Brzezinski, “Those weren’t softballs. Sure, I’d like some more granular follow ups, but that was a grilling.”

Not sure you can fault Mika’s questioning. Those weren’t softballs. Sure, I’d like some more granular follow ups, but that was a grilling.
— Jonah Goldberg (@Jonah Goldberg) 1588335723.0

Trump has been the subject of many accusations of sexual misconduct, which he has denied. The president also said of Reade and her family, “I watch Tara, and she seems very credible. The mother was so credible; the mother was great…. So, I don’t know. You know, it’s his problem, but I like to get in front of it, and I just deny it if it’s not true.”