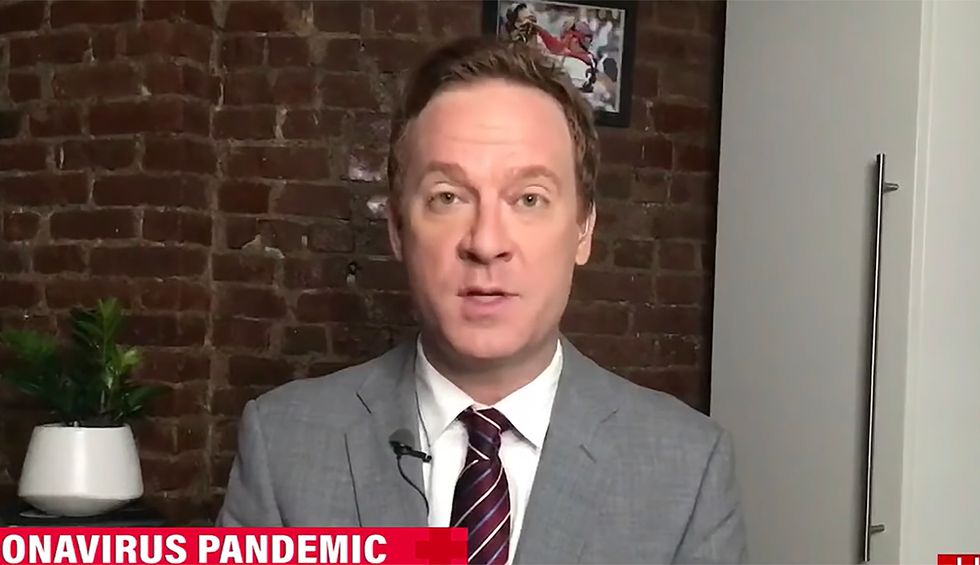 On MSNBC’s “Morning Joe,” host Joe Scarborough often attacks President Donald Trump for being a political “day trader” — meaning that he has a painfully short attention span and bases his actions on the current news cycle rather than being able to look at the big picture. And when Jonathan Lemire, a White House correspondent for the Associated Press (AP), appeared on “Morning Joe” on Thursday, May 7, he asserted that the news cycle and media coverage are driving Trump’s handling of the coronavirus task force.

Mika Brzezinski, who hosts “Morning Joe” with Scarborough, asked Lemire why Trump had suddenly changed his mind about possibly winding down that task force. Brzezinski asked, “Does (Trump) know that when you talk about shutting down a task force one day, and 24 hours later, you say people called him, that he is thinking and flying off the seat of his pants? Does he know he is exposing himself by the day, as to not being fully connected with the gravity of this problem? Is anyone helping him?”

Lemire responded, “The president reacts to media coverage and to outside forces when it comes to decisions. And that’s what we saw here. He had — there was no coordinated effort, per se, but the White House had had discussions in the last few weeks about beginning to wind down the task force, as it was going to pivot more toward the economy, looking towards reopening parts of the nation, and wanting to de-emphasize, certainly publicly, some of the health crisis response.”

As part of his reopening of the economy, Trump was talking about possibly winding down the task force — which is headed by Vice President Mike Pence and includes medical experts Dr. Anthony Fauci and Dr. Deborah Birx. But this week, Trump has been walking that back.

Lemire, discussing Trump’s White House coronavirus briefings, told Scarborough and Brzezinski, “We’ve seen the briefings go away, although a lot of that, of course, was because the president’s advisors realized it was damaging him politically. It was an effort not to make Dr. Birx and Dr. Fauci the public faces anymore. Instead, it was an attempt to change the conversation, to be more about the nation reopening and its economy. When the vice president said the other day, in a meeting, that the task force was going to be starting to wind down by the end of May or early June — and the president himself reiterated that on his trip to Arizona — there was some real blowback from business leaders, congressional Republicans.”

“We have the White House press secretary yesterday — we haven’t seen Dr. Fauci or Dr. Birx from the podium at the White House for some time,” Lemire explained. “They are still going to be part of this, but the president and his team want them to be less visible for the public. They want the focus — even as cases are going up across the country, even as cases outside New York continue to rise — they want the focus to be the nation trying to get back to work, reopening, thinking it is more politically advantageous for the president.”