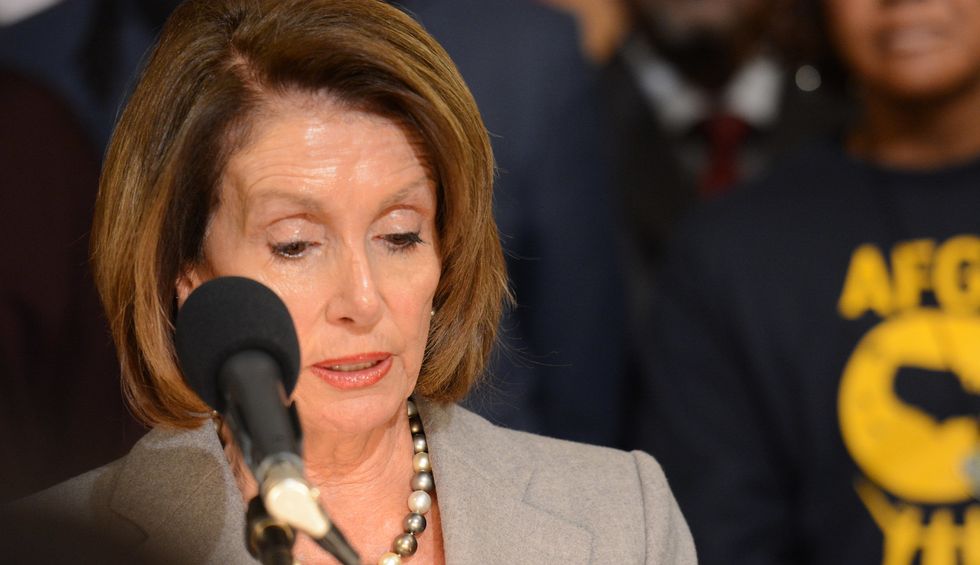 Climate action advocacy groups on Tuesday blasted Democratic congressional leadership for introducing a 1,815-page, $3 trillion coronavirus relief package that fails to close loopholes for fossil fuel corporations that are lobbying for federal bailouts under the cover of the pandemic.

Activists expressed frustration that House Democrats' Health and Economic Recovery Omnibus Emergency Solutions (HEROES) Act does not include provisions from the recently introduced Resources for Workforce Investments, not Drilling (ReWIND) Act that would prevent the Trump administration using Covid-19 relief funding to bail out the oil and gas industry.

Greenpeace USA senior climate campaigner John Noël said in a statement Tuesday that the HEROES Act neither closes fossil fuel industry loopholes from Congress' last coronavirus package—enacted in March—nor provides "the certainty that all relief will be steered to the front lines of the crisis and not to failing oil companies with direct access to the president."

"Oil and gas lobbyists have thrown the book at Congress asking for tax breaks, additional subsidies, and loans," he added. "Congress needs to shut the door in their faces and focus on providing relief directly to people in the crosshairs of this crisis."

The #HEROESAct is out, and fossil fuel CEOs will be rejoicing that Congress has once again left the door wide open… https://t.co/QJI9ACzHkS
— Greenpeace USA (@Greenpeace USA)1589305283.0

Although House Democrats' proposal ultimately falls short of the People's Bailout that has been demanded by hundreds of progressives groups, Noël noted that the bill backed by House Speaker Nancy Pelosi (D-Calif.) "marks an important turning point in the federal response to the Covid-19 pandemic. For the first time, we are looking at a relief package that starts by putting workers and families before corporate polluters."

"Even after pouring trillions of dollars into supporting businesses and propping up the economy, previous Covid-19 response efforts still left millions of essential workers high and dry," he said. "We're glad to see House leadership respond by incorporating components of the Essential Workers of Bill of Rights in today's proposal. None of us would be able to survive this crisis without the people risking their lives to provide healthcare, stock groceries, grow our food, and keep mass transit running. They should be Congress's first priority, not corporate polluters."

In the wake of the bill's introduction, Food & Water Action policy director Mitch Jones expressed concern about not only the HEROES Act but the decision by House Majority Leader Steny Hoyer (D-Md.) to support the federal government paying to fill the Strategic Petroleum Oil Reserve, which President Donald Trump and his allies have been pushing for since March.

Politico journalist Anthony Adragna reported on Hoyer's comments Tuesday, noting that they were "likely to outrage progressives" in Congress who have put forth legislation to block fossil fuel bailouts:

The outrage extended to Jones, who said in a statement that "the idea of bailing out the oil and gas industry by filling the Strategic Petroleum Reserve would be laughable if it were not so serious. The flailing oil and gas industry built its boom cycle on epic overproduction, flooding the world in a glut of oil at the exact time we need to be dramatically reducing extraction of all fossil fuels."

Like Greenpeace, Food & Water Action responded to the HEROES Act with disappointment, declaring on Twitter that "the bill falls far short of our expectations" for failing to block fossil fuel bailouts.

"We should not be bailing out the oil and gas industry—we should be buying it out by taking public control of assets and managing a fair and just transition for workers and front-line communities," said Jones. "Doing otherwise is irresponsible, and shows a lack of real understanding of the climate crisis.

"Democratic leadership must get this right," he warned, "because the fate of our habitable planet depends on it."