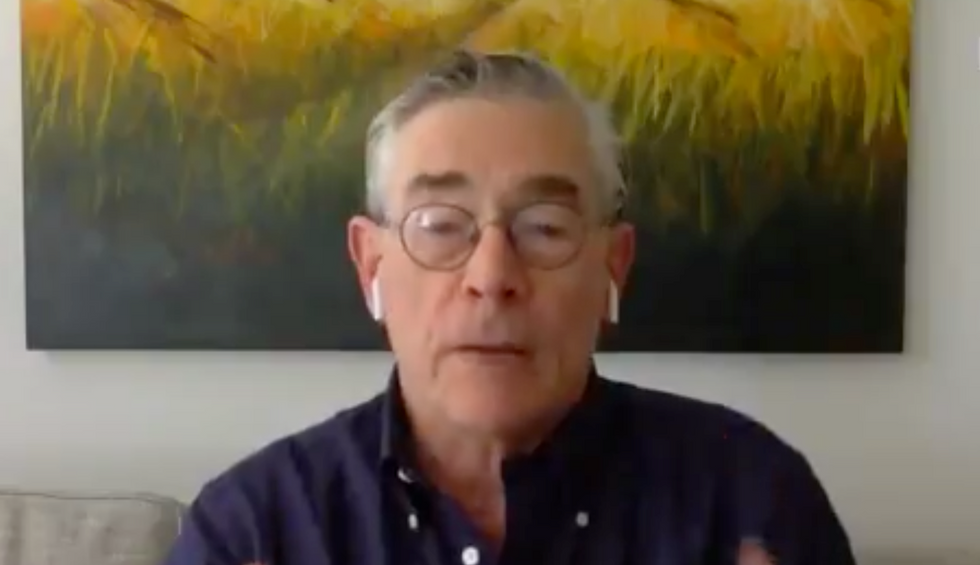 When the coronavirus outbreak was still new to humanity and President Donald Trump showed little sign of taking the problem seriously, journalist Donald McNeil of the New York Times was warning about the emerging threat in the pages of the paper of record.

"The Wuhan coronavirus spreading from China is now likely to become a pandemic that circles the globe, according to many of the world’s leading infectious disease experts," McNeil wrote on February 2.

Closing borders to highly infectious pathogens never succeeds completely, experts said, because all frontiers are somewhat porous. Nonetheless, closings and rigorous screening may slow the spread, which will buy time for the development of drug treatments and vaccines.

And in a new interview with CNN's Christiane Amanpour on Tuesday, McNeil explained why so many other countries have controlled the virus much better than the United States.

"We completely blew it for the first two months of our response. We were in a headless chicken phase," he said. "And yes, it's the president's fault. It's not China's fault. You know, the head of the Chinese CDC was on the phone with [U.S. CDC Director] Robert Redfield on Jan. 3, again on Jan. 8, and the two agencies were talking on Jan. 19. The Chinese had a test on Jan. 13. The Germans had a test on Jan. 16. We fiddled around for two months! We had a test on March 5, and it didn't work. We didn't have 10,000 people tested until March 15. So we lost two months there. And that was because of incompetent leadership at the CDC. I'm sorry to say, it's a great agency but it’s incompetently led, and I think Dr. Redfield should resign."

And even now, McNeil said, we're still not doing enough.

"We need to test the way Germany is testing now," he explained. "We need to have kids tested every four days when they go back to school. And we're not going to be close to that..."