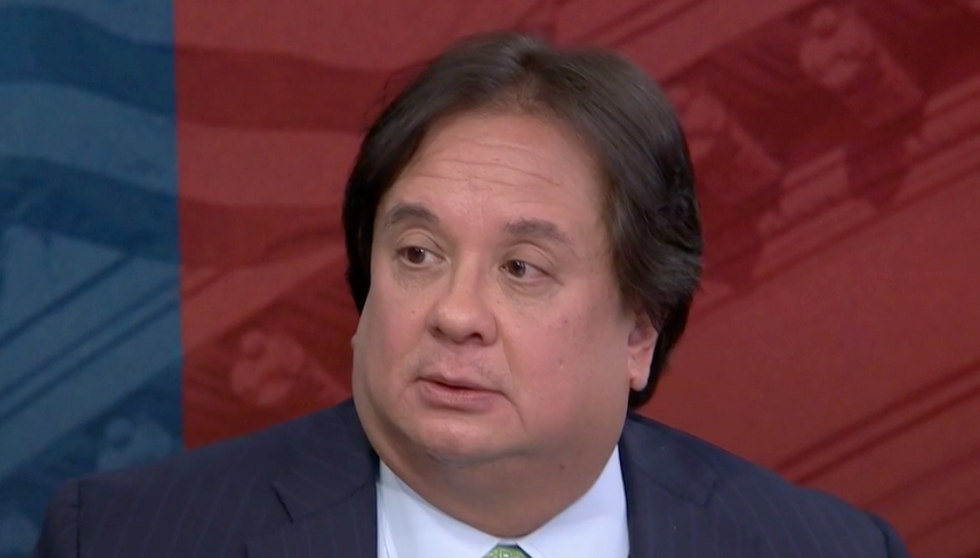 Although George Conway has often railed against President Donald Trump in his Twitter posts and his guest op-eds for the Washington Post, the conservative attorney and outspoken Never Trumper doesn’t give a lot of interviews. But Conway recently spoke to the Daily Beast for the seventh episode of its podcast, “The New Abnormal” — and the episode’s co-hosts, Rick Wilson and Molly Jong-Fast, delved into Conway’s animosity for the president.

Conway stressed to Wilson (a veteran GOP strategist and fellow Never Trumper) and Jong-Fast that he didn’t set out to become one of Trump’s most vehement critics on the right.

“I just started kind of expressing my views, and at some point, I just decided that’s what I was going to do,” Conway explained. “The damage that he’s doing far exceeds any benefit that he possibly could be conferring.”

Conway discussed some ads by The Lincoln Project, a conservative anti-Trump group that he is a part of. And Conway told Wilson and Jong-Fast that the ads have been effective because they “get (Trump) riled up” and “throw him off the message” of “the economy” and “show how nuts he is.”

During the interview, Jong-Fast noted that she was the one who introduced Conway and Wilson — who, as fellow Never Trump conservatives, hit it off immediately and ending up working together in The Lincoln Project.

The attorney told Wilson, “I remember saying to you that you could get Donald Trump to trash Jesus Christ just by running an ad saying: ‘Jesus says love thy neighbor — but Donald Trump doesn’t.’ …. I could see Trump coming out with an ad saying, ‘Well, Jesus never had to put up with the abuse I have.’ You could just see him doing that.”

Conway also had a funny anecdote about Brad Parscale, Trump’s reelection campaign manager. The attorney recalled that Parscale came “groveling” to his wife, Trump adviser Kellyanne Conway, about a mistake he had made: taking out pro-Trump ads in the District of Columbia — which, Parscale realized, was a waste of money because Washington, DC is so overwhelmingly Democratic. Although the Conways are both veterans of GOP politics, they have diametrically opposed views where Trump is concerned: George Conway despises him, while his wife is one of the president’s most aggressive defenders.