Former federal prosecutor slams Trump for baselessly accusing Obama of a felony: ‘He can’t name what crime it is’ 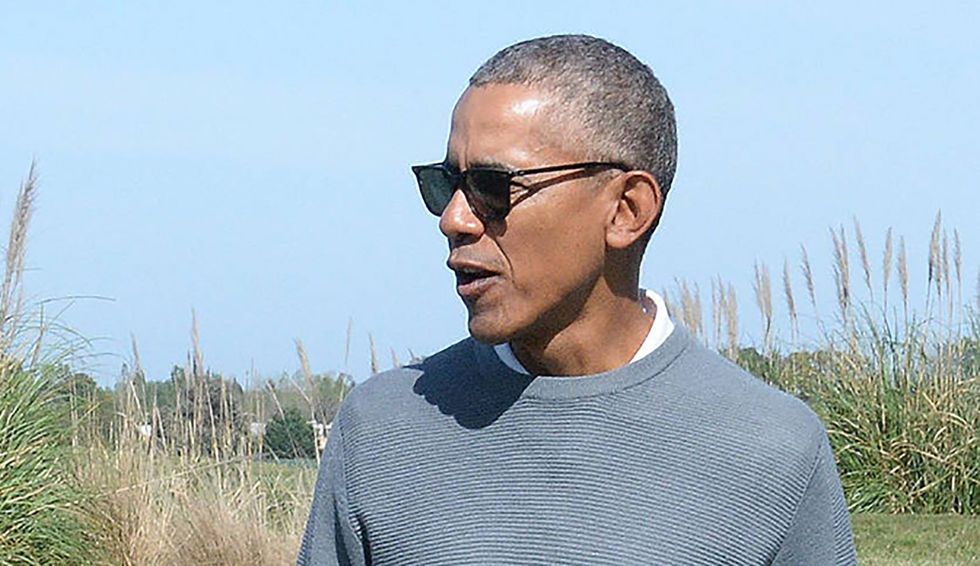 President Donald Trump has spent the past few days attacking President Barack Obama, tweeting out “OBAMAGATE” more than half a dozen times on Mother’s Day alone while accusing the 44th president of a felony, but as it turns out he has no idea what he’s talking about.

That’s what former federal prosecutor Renato Mariotti, who worked in the U.S. Attorney’s Office for the Northern District of Illinois for nearly a decade said on Twitter, in response to a question Washington Post White House Bureau Chief Philip Rucker posed of President Trump.

Trump accused Obama of committing “the biggest political crime in American history,” but Trump was unable to describe it, even in general terms.

“What crime exactly are you accusing Obama of committing and do you believe the Justice Dept. should prosecute him?” Rucker asked the President Monday.

“Terrible things happened,” Trump continued, still having not come close to answering Rucker’s question. “And it should never be allowed to happen on our country again. And you’ll be seeing what’s going on, over the coming weeks but I wish you’d write honestly about it but unfortunately you choose not to do so.”

Without pausing Trump then pointed to another reporter to avoid Rucker asking for clarification.

“What is the crime exactly,” Rucker interjected, “that you’re accusing him of?”

“You know what the crime is, the crime is very obvious to everybody all you have to do is read the newspapers except yours,” Trump concluded, before taking another reporter’s question.

Mariotti said Trump “accused his predecessor of committing a crime, but he can’t name what crime it is because he clearly has no idea what he’s talking about. We’ve gotten so used to nonsense like this that it’s not even surprising anymore.”

And he called it “nonsense.”

The President of the United States accused his predecessor of committing a crime, but he can’t name what crime it i… https://t.co/INrwFzYWZ6
— Renato Mariotti (@Renato Mariotti)1589237936.0