Former DOJ official: AG Barr took my words out of context to justify dropping the case against Michael Flynn 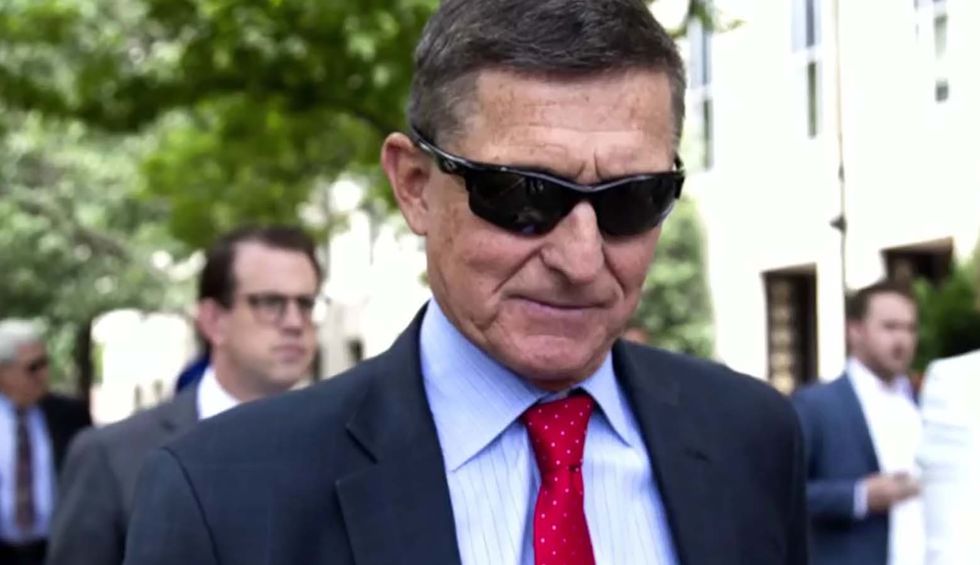 When the U.S. Department of Justice, under Attorney General William Barr, moved to discuss the criminal case against former National Security Adviser Michael Flynn last week, one of the names it used to justify the decision was Mary B. McCord — who served as an acting assistant attorney general for national security at the DOJ in 2016 and 2017. But McCord, in an op-ed for the New York Times, stresses that her words are being taken out of context by Barr and his adviser, federal prosecutor Timothy Shea.

Flynn faced criminal charges for lying to the FBI about his December 2016 communications with former Russian Ambassador Sergey Kislyak — a crime he pled guilty to. But the Barr-era DOJ, arguing for dropping the case against Barr, asserted that moving forward with the prosecution “would not serve the interests of justice.”

“In attempting to support its argument,” McCord explains, “the motion cites more than 25 times the FBI’s report of an interview with me in July 2017 —  two months after I left a decades-long career at the (Justice) Department, under administrations of both parties, that culminated in my role as the acting assistant attorney general for national security.”

McCord notes that the Barr/Shea argument against moving forward with the case against Flynn doesn’t claim that there were any 4th Amendment or 5th Amendment violations of his constitutional rights. Rather, a “materiality” argument was used — and wrongly so, in McCord’s view.

“The Barr/Shea motion makes a contorted argument that Mr. Flynn’s false statements and omissions to the FBI were not ‘material’ to any matter under investigation,” McCord observes. “Materiality is an essential element that the government must establish to prove a false statements offense. If the falsehoods aren’t material, there’s no crime.”

In December 2016, Flynn spoke to Kislyak on the very day that outgoing President Barack Obama announced sanctions against the Russian government for its interference in the presidential election. McCord concludes her op-ed by emphasizing that given those sanctions, there was clearly “materiality” in the case against Flynn.

“Mr. Flynn’s lies to the FBI were material to the clear counterintelligence threat posed by the susceptible position Mr. Flynn put himself in when he told (Vice President Mike) Pence and others in the new administration that he had not discussed the sanctions with Mr. Kislyak,” McCord explains. “The materiality is obvious. In short, the report of my interview does not anywhere suggest that the FBI’s interview of Mr. Flynn was unconstitutional, unlawful or not ‘tethered’ to any legitimate counterintelligence purpose.”