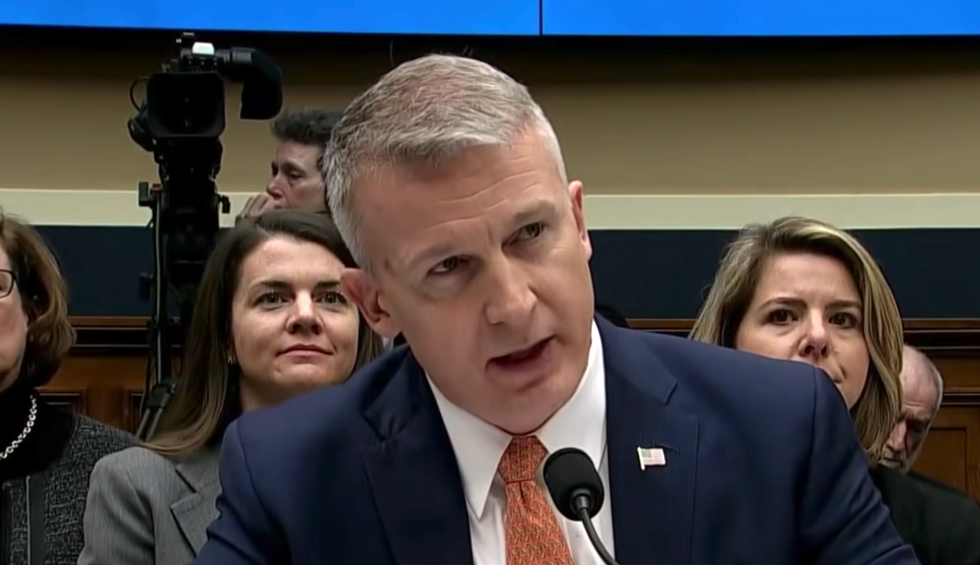 Jon Queally
and
Common Dreams
May 10, 2020 The Right Wing

The federal watchdog agency that oversees complaints by government employees has concluded there are "reasonable grounds to believe" that the Trump administration unlawfully retaliated against government scientist Dr. Richard Bright by removing from his position at Health and Human Services amid the coronavirus outbreak after raising objections to the White House's approach to the pandemic.

According to a statement put out by Bright's legal team, the U.S. Office of Special Counsel—which investigated the vaccine specialist's reassignment alongside the whistleblower complaint he filed earlier this week—arrived at "a threshold determination" that HHS had "violated the Whistleblower Protection Act by removing Dr. Bright from his position because he made protected disclosures in the best interest of the American public."

Speaking with reporters after filing the whistleblower complaint on Tuesday, Bright says he was pressured by Trump officials at HHS "to let politics and cronyism drive decisions over the opinions of the best scientists we have in government."

According to CNN's reporting on Friday, citing Bright's lawyers, the Office of Special Counsel is recommending he be reinstated during the investigation.

Bright, an immunology and vaccine expert who until last month was the director of the Biomedical Advanced Research and Development Authority (BARDA), said in addition to retaliation for objecting to President Donald Trump's public insistence that hydroxychloroquine was effective at treating Covid-19, he faced sustained pressure from HHS officials since the beginning of the Trump administration to steer millions of dollars in contracts to the client of lobbyist John Clerici.

While the determination arrives as a repudiation of the administration's ouster of Bright, the New York Times notes that the Special Counsel's guidance—including the call for Dr. Bright to be reinstated at his previous position while a more complete investigation is conducted—is not binding on President Trump or other officials.

"A year ago," the Times reports, "the same office said Mr. Trump's senior adviser, Kellyanne Conway, should be fired for repeatedly violating legal prohibitions on using her position for political purposes. Mr. Trump ignored the recommendation."

According to his legal team, not reinstating Bright to his position would be a disservice not only their client, but to the country as a whole.

"Dr. Bright should not be denied the right to have his complaint investigated fully and fairly before he is formally transferred to N.I.H.—a move that will harm not only him, but the country as well,"the lawyers said. "This country is in an unprecedented health crisis and needs the expertise of Dr. Bright to lead the nation’s efforts to combat Covid-19."