‘Fear is subsuming his presidency’: NYT reporter explains how Trump lost control of the pandemic 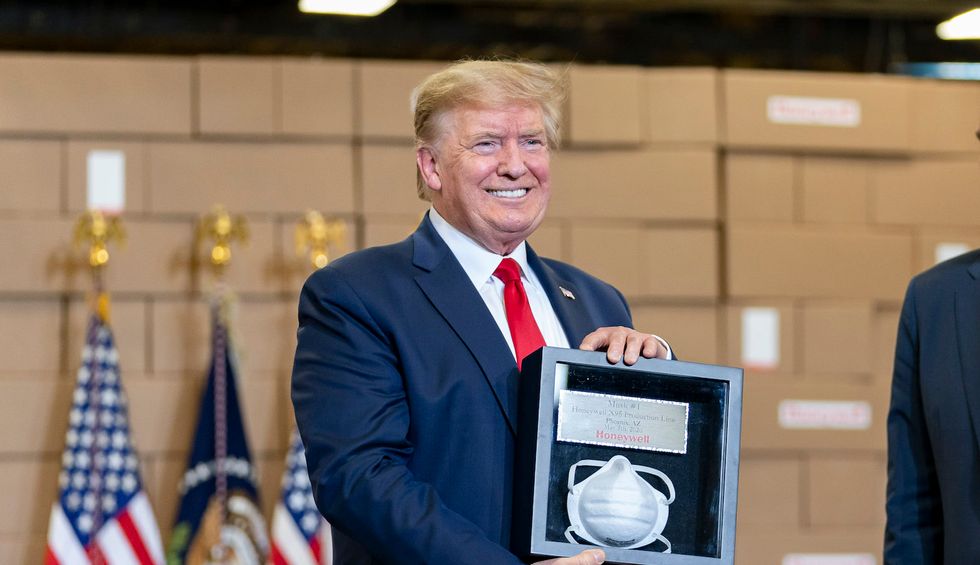 With more White House staffers getting infected with COVID-19 every day, President Donald Trump is having a hard time convincing Americans that it is safe for them to go back to work.

Appearing on CNN Monday, New York Times reporter Maggie Haberman said that Trump has lost control of his pandemic messaging as even his own staffers are saying they’re scared to come to work.

“Fear is subsuming his presidency,” she said. “And it is fear within the public, fear among the public, fear within his White House. Those are not comments he generally wanted to hear. He wants people to suggest that this is, yes, this is bad, but we’re not afraid. He doesn’t like the optics of wearing a mask.”

Haberman then said that Trump’s desire to project confidence even as he personally is afraid of contracting the virus is partially responsible for the White House’s erratic messaging during the crisis.

“Look, I think the White House is grappling with real issues,” she said. “The state of the economy is not sustainable, the job losses are staggering, and people’s lives are ruined. Those are very real set of concerns they’re dealing with. The message has been to stop and start. Some of that is because that is a new virus and they’re feeling their way, some of that is because the president and his aides have not seen this as a serious threat.”

'Fear is subsuming his presidency': NYT reporter says Trump has lost control of the coronavirus from Brad Reed on Vimeo.