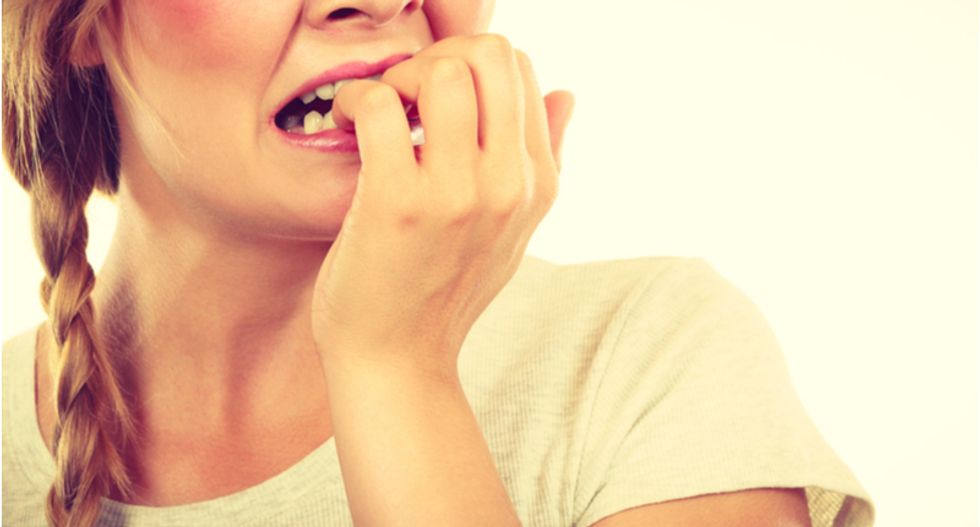 Given what's at stake in November, it's entirely appropriate to worry about everything. But not every possible scenario merits the same degree of concern and there has long been a tendency among Democrats to dread even the most unlikely scenarios. As a group, they just excel at hand-wringing.

Case-in-point: According to Politico, "the general election scenario that Democrats are dreading" is that the US economy will quickly rebound, Trump will campaign on impressive economic growth and falling unemployment and ultimately be swept into a second term on a wave of exuberance.

In early April, Jason Furman, a top economist in the Obama administration and now a professor at Harvard, was speaking via Zoom to a large bipartisan group of top officials from both parties...

Furman, tapped to give the opening presentation, looked into his screen of poorly lit boxes of frightened wonks and made a startling claim.

“We are about to see the best economic data we’ve seen in the history of this country,” he said.

“Everyone looked puzzled and thought I had misspoken,” Furman said in an interview. Instead of forecasting a prolonged Depression-level economic catastrophe, Furman laid out a detailed case for why the months preceding the November election could offer Trump the chance to brag — truthfully — about the most explosive monthly employment numbers and gross domestic product growth ever....

Since the Zoom call, Furman has been making the same case to anyone who will listen, especially the close-knit network of Democratic wonks who have traversed the Clinton and Obama administrations together, including top members of the Biden campaign.

Furman’s counterintuitive pitch has caused some Democrats, especially Obama alumni, around Washington to panic. “This is my big worry,” said a former Obama White House official who is still close to the former president. Asked about the level of concern among top party officials, he said, “It’s high — high, high, high, high.”

Furman isn't predicting a recovery, only a partial one. The idea is that our current economic malaise is so great that even if, for example, we were to reduce unemployment from 15% to 9%, that would mean adding scads of jobs every month leading up to the election.

On the economics, Furman's an influential guy but most economists see a long period of deep pain until we develop and widely distribute a vaccine and/ or effective antivirals, or achieve herd immunity. Intuitively, it's hard to imagine much recovery for our consumer-driven economy so long as people don't feel safe taking the family out to dinner or hitting a crowded bar or getting on an airplane and taking a vacation. According to Kaiser Foundation data, 37.6% of U.S. adults “have a higher risk of developing serious illness if they become infected with coronavirus” due to age or a variety of common health issues, so even if everyone at low risk were to resume their pre-pandemic activities, a huge chunk of the population still wouldn't be out buying stuff.

But what really makes this idea so ridiculous is that Trump's standing with the American public has remained virtually unchanged despite 100,000 deaths and the country hemorrhaging 39 million jobs. At the beginning of this year, when most Americans hadn't yet heard of Covid-19 or saw it as a small outbreak occurring halfway around the world, Trump's net approval rating (approval minus disapproval) stood at -10.3 in FiveThirtyEight's average. Today it is -10.4. In RealClearPolitics' average of 2020 election polls, Joe Biden led Trump by 5.7 points on January 1. Today, his lead is 5.5 points. Nothing has changed.

If his support had cratered in recent months than a scenario in which a partial recovery gives him a huge bump might at least seem plausible. But the reality is that the public's opinion of Trump has been remarkably steady. He was unpopular when the economy was growing at a fast clip and unemployment was low, and he's pretty much equally unpopular now that his negligence has caused the worst catastrophe to hit this country in our lifetimes.

According to Vanity Fair, Trump believes that "everything was going great" and he was "cruising to reelection" before the pandemic hit. Given that his numbers haven't moved at all, that's simply a reflection of his narcissism and the epistemic bubble in which he operates. The rest of us shouldn't join him.