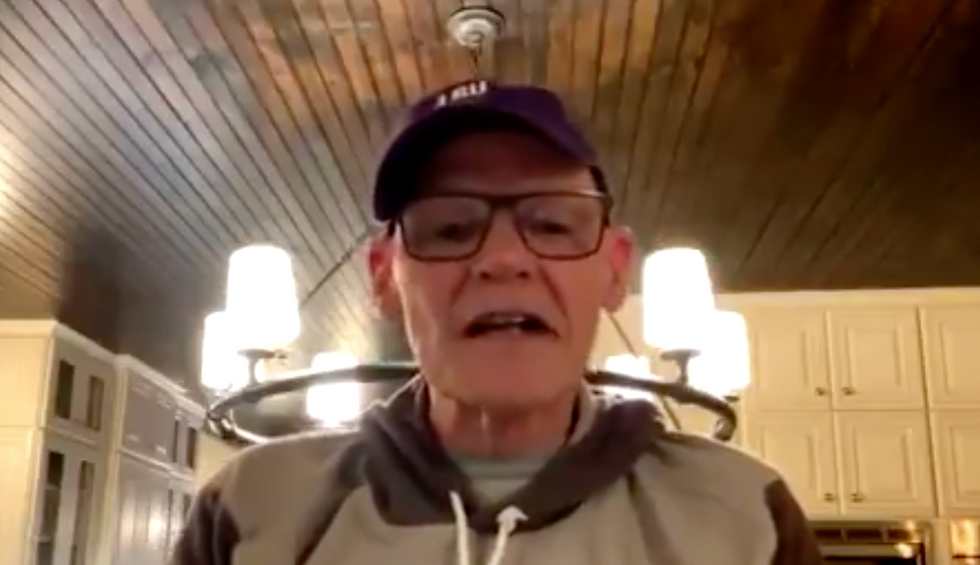 Earlier this year, when it looked like Sen. Bernie Sanders stood a good chance of becoming the Democratic Party’s presidential nominee, veteran Democratic strategist James Carville expressed a great deal of pessimism about his party’s chances of defeating President Donald Trump in November. But that was before the coronavirus pandemic went from bad to worse and before former Vice President Joe Biden became the presumptive Democratic nominee.

And when Carville appeared on MSNBC’s “The 11th Hour” on Wednesday night, he sounded much more optimistic and described Trump’s reelection campaign as a mess.

The Louisiana Democrat went on to say, “Look what his campaign is doing. They’re a pack of grifters. His campaign manager got two condos, a Ferrari, a yacht, a Range Rover — and they’re all just fleecing the campaign. This is just about making money, and they’re going in there and giving him fake polls…. This whole thing is just like a crumbling empire right before your eyes. Everybody is trying to take everything they can get on the way out, and they’re trying to prop him up so they can all make money.”

“They were going to lose before this hit,” Carville told Williams. “They’re just going to lose worse now, and they all know it. And they’re all getting profiles written about themselves. I saw Blaise Pascal, the campaign manager — whatever his name is — all over the New York Times Magazine posing for pictures. I mean, the whole thing is gone.”