‘Constitutional history is not on his side’: Law professor explains why Trump’s case against subpoenas of his financial records has no merit 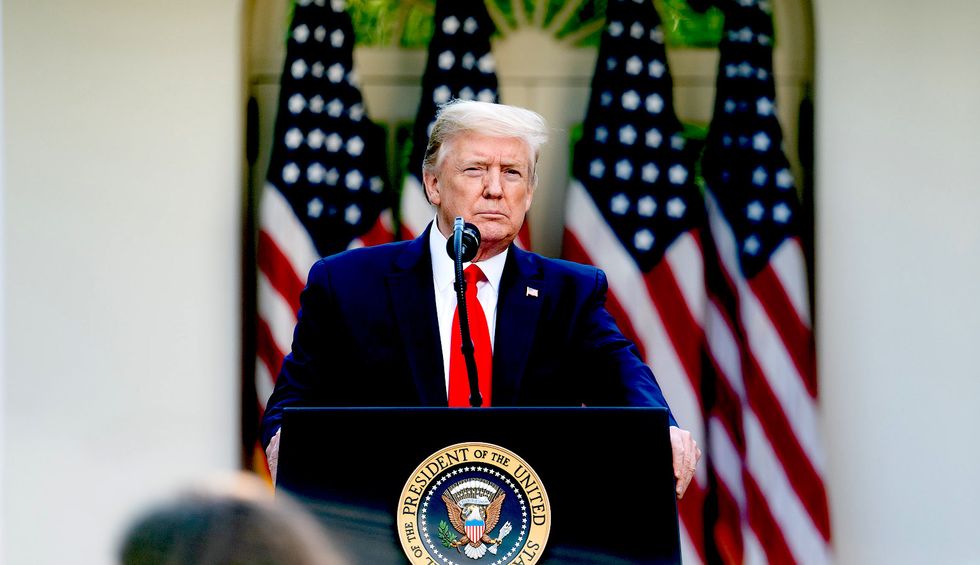 This week, the U.S. Supreme Court has listened to oral arguments in President Donald Trump’s lawsuit against subpoenas of his financial records. Trump and his attorneys are asserting that those who continue to subpoena his financial records — whether it is members of the U.S. House of Representatives or Manhattan District Attorney Cyrus Vance’s office — are creating an unnecessary burden that makes it harder for him to do his job as president. But reporter Jerry Lambe, in Law & Crime, notes that a well-respected legal scholar and historian has laid out some compelling reasons why the lawsuit is bogus.

The legal scholar that Lambe is referring to is Jed Shugerman. In a May 12 op-ed for the Washington Post, Shugerman wrote, “Constitutional history is not on his side. The Founders embraced checks and balances, and they constructed a legal system to limit presidential power — especially on issues relating to presidential finances.”

Lambe notes that in the lawsuit, Trump and his lawyers argue that it serves no legitimate legislative purpose when members of the U.S. House of Representatives subpoena the president’s financial records. And the lawsuit claims that as president, Trump is “absolutely immune” to criminal investigations by a local prosecutor like Vance. But Shugerman, in response to such assertions, has stressed that Trump enjoys no such immunity and that the U.S. Constitution imposes limits on presidents.

Shugerman wrote, “Article II states that ‘the executive power shall be vested in a president.’ However, this language does not establish exclusive executive power or immunity. In fact, the text of the Constitution suggests that the Framers intended congressional oversight.”

Shugerman also referenced the Emoluments Clause and asserted that scrutinizing a president’s financial records is exactly the type of power that members of Congress enjoy under the U.S. Constitution.

“The Founders worried about presidents shielding their financial corruption and misusing the Treasury to hold on to power,” Shugerman explained. “A court faithful to their vision will rule against Trump’s extreme arguments.”