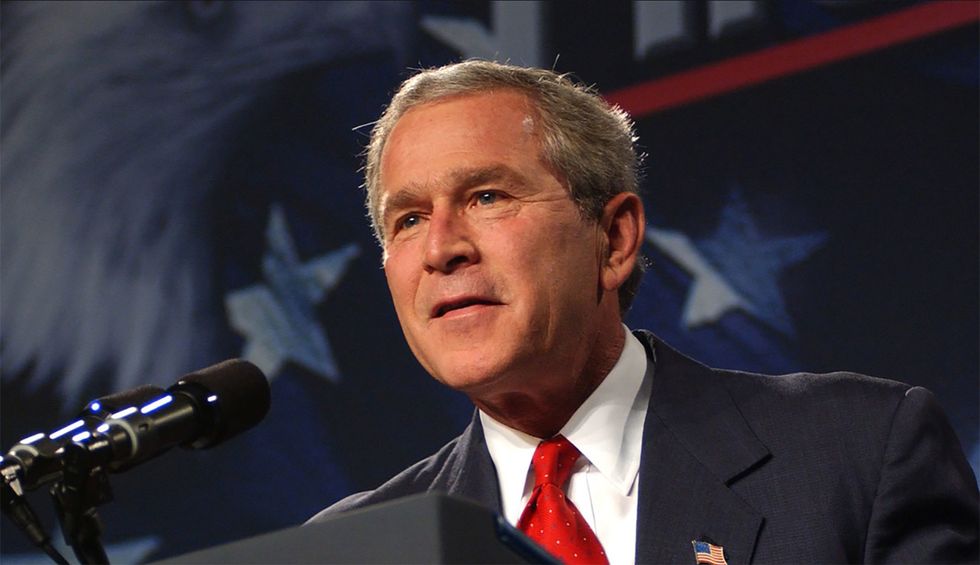 U.S. Department of Energy
Andrea Germanos
and
Common Dreams
May 04, 2020

George W. Bush's record in office became the subject of numerous tweets after a video message released Saturday from the former president elicited praise from some Democrats.

In the video statement, shared on Twitter by the George W. Bush Presidential Center, Bush called on people to come together to face the "shared threat" of the coronavirus pandemic. The former president said "we have faced times of testing before," referencing the post 9/11 period when he said the nation rose "as one to grieve with the grieving"—a time period his administration rolled out its war on terror, which included a torture program.

Progressive journalists pushed back against those who appeared to be sanitizing Bush's record and suggesting he was preferable to President Donald Trump.

If you had told me four years ago that George W Bush would be a hero to Democrats I would have had you committed. T… https://t.co/AZAQHjTxir
— Farron Cousins (@Farron Cousins) 1588521239.0

The nice little painter man who passed mints to Michelle Obama at a funeral is actually a mass murderer who belongs… https://t.co/2wcKnCharq
— jeremy scahill (@jeremy scahill) 1588515521.0

Writing in 2018, Andy Worthington, investigative journalist and author of The Guantanamo Files, criticized the "bizarre propensity, on the part of those in the center and on the left of U.S. political life, to seek to rehabilitate the previous Republican president, George W. Bush."

Worthington pointed to a Pew poll as Trump took office showing that 48% of American backed the use of torture in some circumstances, saying it was "a sign of the enduring power of the Bush administration's bellicose pro-torture maneuverings in the wake of the 9/11 attacks."