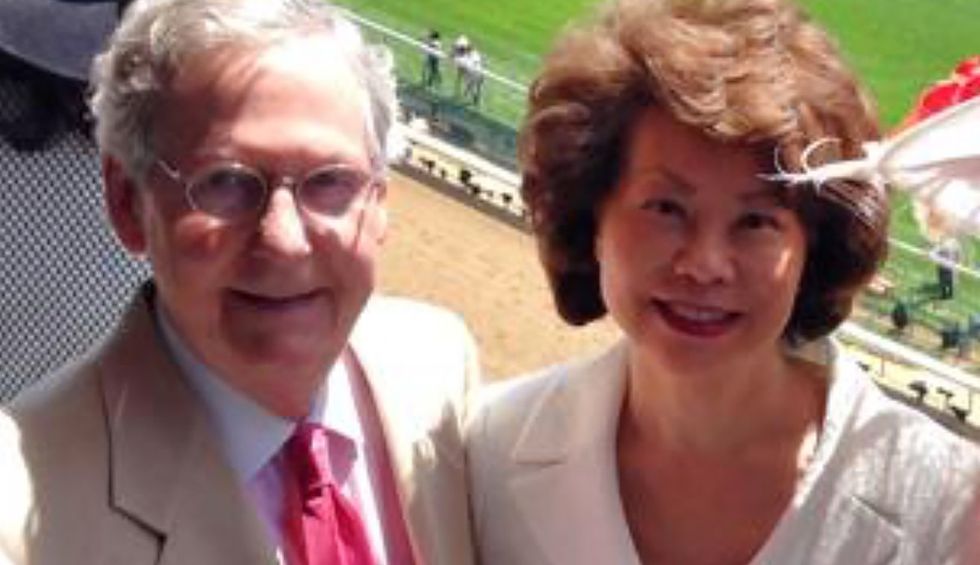 Steve Linick, former inspector general for the U.S. State Department, isn’t the only watchdog who has been fired or demoted by President Donald Trump recently: Trump has also fired the U.S. Department of Transportation’s watchdog, Mitch Behm, who had been investigating Transportation Secretary Elaine Chao. And Donald K. Sherman of Citizens for Responsibility and Ethics in Washington denounces the move as an “assault on checks and balances” in a scathing article for CREW’s website.

“This move is the latest salvo of Trump’s assault on oversight,” Sherman asserts. “And it looks like the president made sure to cover all his bases to block accountability, not only nominating an IG to succeed the experienced watchdog who held the post, but also, demoting the acting IG who was investigating Chao — and installing a political appointee to serve in his place while the Senate considers a permanent replacement.”

The acting Transportation Department IG Trump has selected is Howard “Skip” Elliott, who, Sherman notes, “already has a job overseeing the Pipeline and Hazardous Materials Safety Administration (PHMSA), an office he will now also be in charge of policing.”

Chao is married to one of the most powerful Republicans in Washington, D.C.: Senate Majority Leader Mitch McConnell. And Behm was investigating Chao for alleged favoritism for McConnell’s transportation projects in Kentucky, where he is seeking reelection this year. Roll Call reported that Democrat Amy McGrath, , the retired U.S. Marines fighter pilot who is hoping to run against McConnell in the general election, raised $12.8 million in 2020’s first quarter compared to the Senate majority leader’s $7.45 million.

“Trump’s decision to sideline DOT Acting IG Mitch Behm — who has 17 years of experience with OIG — was lost in the shuffle of outrage following the announcement that Trump planned to fire the State Department IG, but potential conflicts of interest abound,” Sherman explains. “The most high profile is the DOT OIG’s review of allegations that Secretary Chao gave Sen. McConnell’s constituents special treatment and helped steer millions of federal dollars to Kentucky as he is facing low approval ratings and a tough reelection bid.”

The article adds, "As Senate Majority Leader, McConnell was integral to the Senate’s consideration of Howard Elliott’s nomination to lead PHMSA. Now McConnell will also be instrumental to Eric Soskin’s potential confirmation as permanent IG."

“The president’s attack on inspector general independence at DOT deserves just as much public scrutiny as all the rest,” Sherman stresses. “It is no coincidence that an experienced and independent watchdog was sidelined while carrying out an investigation into alleged political corruption involving the transportation secretary and Trump’s chief enabler in the Senate, Leader McConnell. The (Trump) Administration’s Friday night announcements appear to be designed to keep us from taking notice. It is incumbent upon Congress, the public, and the good government community not to let President Trump get away with it yet again.”