After 10 years of fighting ACA, Republicans still has no clue what to do if Supreme Court strikes it down 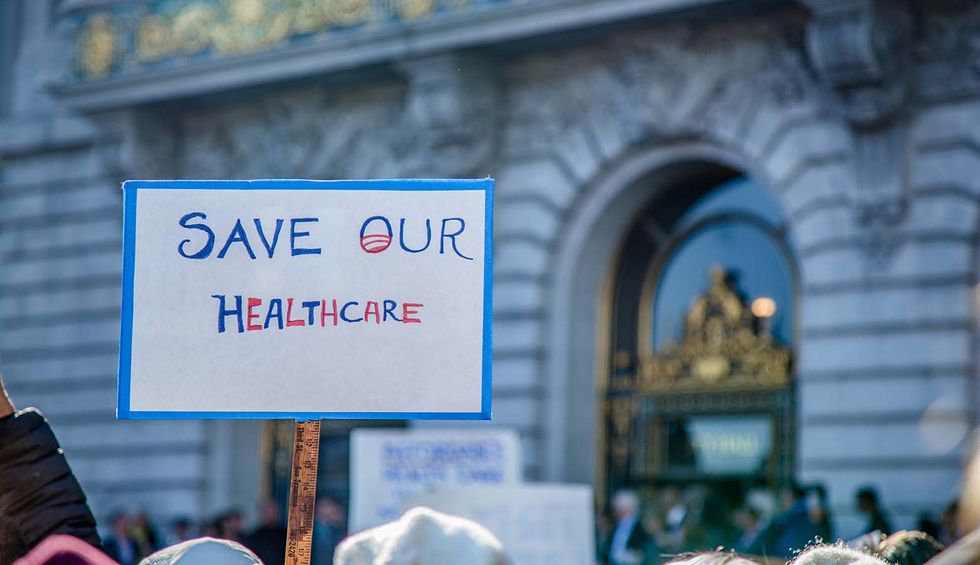 Image via Shutterstock.
Joan McCarter
and
Daily Kos
May 25, 2020

The nation's health insurers are preparing for a massive increase in Affordable Care Act and private Medicaid plan customers, primarily people who've lost their employer-provided insurance along with their jobs in this pandemic. The big companies—Centene, Cigna, Anthem, and Molina—are preparing for the influx this and next quarter. These and large companies, including Aetna, UnitedHealth Group, and myriad Blue Cross and Blue Shield plans, also contract with the state to administer expanded Medicaid programs.

Tens of millions of people could be turning to the coverage provided under the ACA, the Robert Wood Johnson Foundation and the Urban Institute predict, at a time when the Trump administration is arguing in the Supreme Court that the entire law should be struck down.

Even Senate Republicans are getting antsy about the fact that they've got nothing and what that's going to mean for this November. "When you have a full-employment economy and everybody is working, you know that's one thing. But now we don't have that," Texas Republican Sen. John Cornyn said recently in a Washington Post interview. "Obviously, we hope to get back there, but there may be some other things we need to do, just like we've done on spending $3 trillion to deal with the emergency to get people get through this."

Excuses, excuses. "I think it does make it difficult for us to have credibility when that is still out there. To me, we shouldn't worry about that; we should be focusing on reforming the health-care system itself and not paying attention to the ACA," Sen. Mike Braun (R-IN) told the Post. He's now apparently over fighting over Obamacare and has given up on the 10-year-old constitutional argument about its very existence, saying instead that Republicans should be figuring out how to provide affordable coverage. "I always thought that was an inherent contradiction, not only for the administration but most of my cohorts. I think that's a waste of time," he said. That's what he gets for being a Republican. Apparently he missed the orientation?

Sen. Lamar Alexander has been around for every Obamacare fight, including voting in 2017 to repeal it—a vote John McCain derailed. But here he is criticizing the Trump administration for arguing that the law should be (checks notes) repealed: "I thought the Justice Department's argument was really flimsy. […] What they are arguing was that when we voted to get rid of the individual mandate, we voted to get rid of Obamacare. I don't know one single senator that thought that."

And the most pathetic thing right now, after 10 years of fighting over the ACA, after all the legal battles, after being in a fucking global pandemic, is that not one single Republican can put forward a healthcare plan that could replace Obamacare. And they're somehow in charge.