Advisors fret over Trump's threat to swing states allowing mail-in voting: 'It was not a good idea' 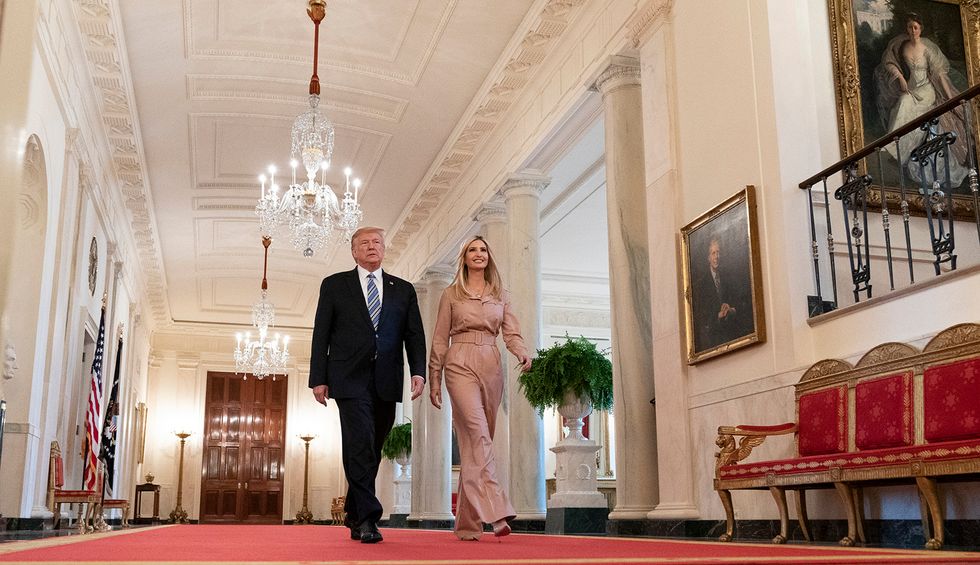 In the hours after Donald Trump threatened federal funding for Michigan and Nevada over their secretaries of states’ plans to make voting by mail easier in upcoming elections, he didn’t let up the attack—and he also didn’t expand his attack to Republican states. No, Trump’s attempt to prevent states from adopting pandemic-safe voting practices applies only to battleground states, apparently.

Trump hasn’t attacked Georgia, Iowa, Nebraska, and West Virginia, for instance, even though their secretaries of state have already announced they’ll be sending out absentee ballot applications to all voters, just as Trump attacked Michigan’s Jocelyn Benson for planning, and Republican officeholders in another dozen states have urged their own voters to vote absentee during the coronavirus crisis. For that matter, Trump's own campaign is urging supporters to request absentee ballots and vote by mail in states like Pennsylvania.

Trump’s attack on Michigan was reportedly more impulse than calculated campaign strategy: “The tweet caught several campaign advisers by surprise,” The Washington Post reports, “including Republican National Committee chair and former Michigan state party chair Ronna McDaniel, as well as campaign manager Brad Parscale, according to people familiar with their reactions who spoke on the condition of anonymity to describe private conversations.”

With Trump trailing in polls of Michigan—a state that was critical to his 2016 electoral college victory—his original tweet falsely claiming that Benson would be sending ballots to every voter, rather than absentee ballot applications, got more serious debate among his advisers than a lying Trump tweet would usually get. It was “deleted after hours of internal conversations with Trump and others concluded that it was not a good idea,” information The Washington Post attributes to “a Republican with knowledge of the discussions.”

But, never one to let the facts or his own hypocrisy get in the way, Trump expanded his attack on mail voting later Wednesday, ranting to reporters about “forgeries” and “thousands and thousands of fake ballots.” White House press secretary Kayleigh McEnany, too, not only claimed “We want a free and fair election, and that’s a fair concern,” but lashed out at reporters who pressed her on how it is that Trump himself voted by mail in the Florida primary but opposes it for other people during a pandemic.

So this is where it is now: mail-in voting for Republicans is responsible and reasonable, and mail-in voting for Democrats is a crime. This is where a nation’s politics end up when one of its major parties dedicates itself to power at all costs and its media always seeks to create equivalence between the parties regardless of the facts.