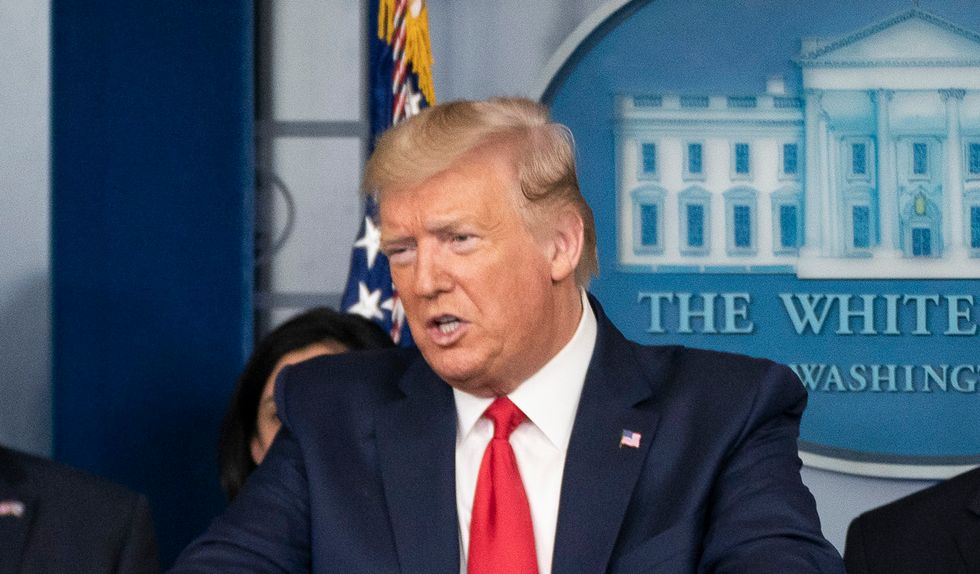 President Donald Trump, for over a month, has been pushing hydroxychloroquine as a possible treatment for COVID-19, but not until Monday did he claim to be taking the drug himself. The president told reporters he has been taking daily doses of hydroxychloroquine for “about a week and a half now" to prevent the disease, though it hasn't been proven to do so and poses serious risks. Dr. Sean P. Conley, White House physician, expressed his approval.

Sidney Blumenthal, a former senior adviser to President Bill Clinton, examines Conley’s approval in an article for Just Security and poses a series of questions for the White House doctor.

Following Trump’s hydroxychloroquine announcement, Conley said that he had discussed the matter with the president. Conley said in a press release: “After numerous discussions he and I had regarding the evidence for and against the use of hydroxychloroquine, we concluded the potential benefit from treatment outweighed the relative risks.”

The first of Blumenthal’s nine questions for Conley is whether or not “Trump’s statement that he is taking the drug” is “true.” Many observers, including New York Times columnist Paul Krugman and MSNBC’s Joe Scarborough, have been expressing doubts that Trump is really taking hydroxychloroquine as he claimed.

Blumenthal’s second question: “If it is not true that Trump is taking the drug, why has Dr. Conley lied in violation of (Food and Drug Administration) guidelines, medical standards, ethics and professionalism? Who instructed or encouraged him to lie?”

For the third question, Blumenthal delves into FDR’s medical history and asks: “The 25th Amendment was passed, in part, because the White House physician for President Franklin D. Roosevelt covered up his debilitating heart disease. Is Dr. Conley violating the spirit of that constitutional amendment?”

Blumenthal also wondered if Conley’s actions will “be reviewed and held to account by the Department of Defense given that he is a military officer."

And perhaps most disturbingly, he raised the possibility that the drug could have an effect on Trump's mental health.

“Medical researchers have concluded that hydroxychloroquine may cause neuropsychiatric symptoms, ‘including agitation, insomnia, confusion, mania, hallucinations, paranoia, depression, catatonia, psychosis and suicidal ideation,’” Blumenthal writes. “Has Dr. Conley properly assessed his patient, President Trump, for his susceptibility to these symptoms? Since Trump has been taking the drug, has Dr. Conley observed that it has produced or exacerbated any of these symptoms in President Trump?”