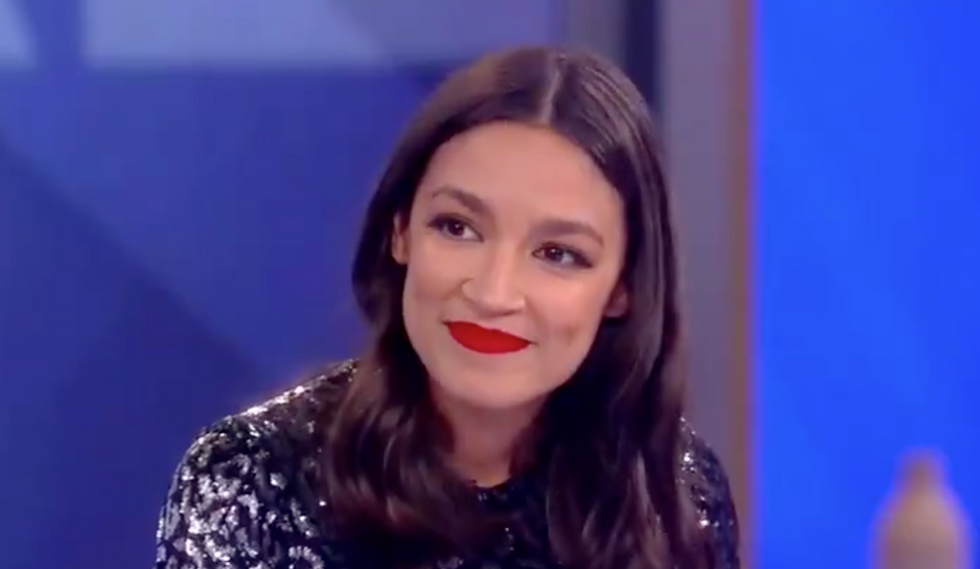 Since Super Tuesday, it has been clear that barring some completely unexpected development, the Democratic presidential nominee will be Joe Biden. And in the past two weeks, there has been an extraordinary public display of political unity behind the Biden campaign, with Bernie Sanders, then Barack Obama, and then Elizabeth Warren issuing full-throated endorsements. The appeal to party unity in the face of the twin crises of Covid-19 and Trump is real and compelling. The unity will need to be solidified in the weeks and months to come.

At the same time, there continues to be a real debate about how far to the left the Biden campaign should be pressed, and to what extent Biden must navigate a balancing act between the left and the center if he is to win in November. This debate is legitimate, and it is incumbent on the various leaders of the party’s “centrist” and “progressive” wings to work out an effective compromise that is capable of sustaining party unity in November and beyond.

I believe that there are limits to how far left Biden can be expected to move.

I also believe that it is imperative for him to be pressed to test those limits.

It is even more important for him to clearly oppose moves to the right that can generate bad faith in the party and undermine the unity that is being called for, a unity that is being delivered by progressive leaders and that should be reciprocated by all leaders.

One such move to the right is the effort of Michelle Caruso-Cabrera to defeat Alexandria Ocasio-Cortez in New York’s June 23 primary, and thereby to run as the Democratic party’s candidate for New York’s 14th Congressional District.

This move is terrible, and it ought to be opposed by responsible Democratic leaders for three related reasons: because the effort to “primary” AOC is cynical, because it undermines the unity that is important now more than ever, and because AOC is an exceptional young political leader.

Her decision this week to be the lone House Democrat to vote against the Republican Senate-crafted stimulus bill is being criticized by her detractors, none more loudly than Caruso-Cabrera herself. But the Democratic party is not a Leninist organization that demands submission to the will of the leader-enforced majority. And AOC’s decision—along with her passionate and articulate explanation of this decision—is one further example of the important role she plays in the party, in the House, and in public life, as a critic of Republican priorities and a defender of justice, who votes with her party when it counts but also dissents when a dissenting voice counts more (according to ProPublica, AOC has voted with the Democrats 95.2% of the time).

Caruso-Cabrera is one of many seeking to unseat AOC. But she appears to be the most well-funded and viable of the primary challengers. And her candidacy seems motivated by an especially cynical effort to defeat both AOC and what she represents—the progressive wing of the Democratic party. As a terrific recent piece in The Intercept points out, Caruso-Cabrera is a recent former-Republican best known as a CNBC business journalist and author of a 2010 book, You Know I'm Right: More Prosperity, Less Government.

The book is a manifesto of free-market libertarianism. Here is how the right-wing Cato Institute described the book in introducing a 2010 Forum at the Institute at which Caruso-Cabrera began by thanking her parents, Wellesley College, and Milton Friedman as “the three greatest influences on my life”:

“To CNBC business reporter Michelle Caruso‐​Cabrera, both Republicans and Democrats are responsible for the government’s massive spending increases and excessive social interference over the last 10 years — strangling businesses and crippling the economy, while abandoning all those who believe government should stay out of private lives and pocketbooks. And her criticism also extends to her home field — to opportunistic media pundits who exploit issues to cultivate audiences while promulgating personal ideologies. Expanding on this in her new book, You Know I’m Right, Caruso‐​Cabrera uses her exceptional business and news experience in partnership with her commitment to fiscal conservatism, limited government, and personal responsibility to analyze a wide range of critical issues. . . . “

Caruso-Cabrera, as The Intercept reports, is being funded by “over four dozen finance industry professionals, including several prominent private equity executives and investment bankers.” She is also being backed by the U.S. Chamber of Commerce, as recently explained by its senior political strategist: “Michelle is one of the most qualified and competent candidates we have met with this cycle. Her communication skills on jobs and growth will create a clear contrast with AOC. We plan on using our national network to get her the financial resources to win this race.”

Caruso-Cabrera has a right to run in the primary to unseat the incumbent, as AOC herself did only two years ago. But she should be strongly opposed by every Democrat who is serious about the importance of party unity and is committed to broaden the party’s base moving forward.

It is one thing for Wall Street donors to back a conservative insurgent. It is another thing for responsible political leaders in the Democratic party establishment to support or even merely welcome this.

The Democratic party has long been reliant on big-ticket donors. Biden might even need to draw on some of the same networks that are clearly backing Caruso-Cabrera. This might not have been the case had Sanders or Warren won the nomination. But neither did, and both have backed Biden. Biden will not overnight become a leftist. But he must now take responsibility, as leader of the Democratic party, for walking the talk of party unity, and of standing behind every single one of the Democratic members of the Senate and the House up for re-election, including AOC and the other members of “the squad.”

The Caruso-Cabrera campaign symbolizes what activists on the left have long feared: that the Democratic party is at bottom a corporate party beholden to financial interests and deaf and blind to progressive values.  Furthermore, her candidacy is designed to foment division at precisely the moment when unity is being proclaimed.

AOC, on the other hand, symbolizes integrity, the courage of her political convictions, and the kind of passionate egalitarianism that the Democratic party must nourish if it is to have a future.

AOC continues to display remarkable political responsibility, in the positions she takes and in the way that she takes them (see here, here, here, and here). She has truly grown into her position as a Congresswoman. And while she has continued to be a standard bearer of the progressive left, she has also proven adept at building bridges, and has been particularly savvy about the need to wholeheartedly support Democratic efforts to defeat Trump and Trumpism.

A recent Politico article created much controversy with its headline: “The ‘New’ AOC Divides the Left.” AOC quickly responded that she has not “moved to the right” and has been consistent in her positioning. She was right to have done so. The article’s headline does a disservice to her and to the piece’s own reporting. At the same time, what the article itself makes clear is that AOC is a nuanced politician who understands the importance of party unity at this moment. She distanced herself from some of the more ambitious positions of the Sanders campaign when it seemed wise for her to do so. (While refusing to backtrack on her commitment to Medicare for All, she has acknowledged that it would take time to build legislative support for this, and that compromises would be necessary). She has distanced herself from some Justice Democrat efforts to “primary” incumbent House Democrats, because she understands how wasteful and divisive such contests can now be. She is against the fomenting of division within the party, even as she supports healthy debate. At the same time, she is also very clear that the Democratic party leadership still has a way to go if it is to earn the enthusiastic support of those constituencies for which she speaks. (She developed these themes with great subtlety in a recent New York Times interview.) This week she also stated very clearly that she supports Biden’s candidacy and will vote for him in the Fall—even as she bravely dissented from the House Democratic leadership on the stimulus package.

As many commentators have pointed out after the “Blue Wave” of November 2018, while the victories of AOC and her “squad” colleagues symbolized the growing appeal of the millennial left,  most of the House seats flipped by Democrats went won by centrist candidates.

AOC is not your typical House Democrat: she is much more progressive than most Democratic voters, and she is a long way from representing a progressive consensus in the Democratic Party.

But she is also not typical in another way: she combines intellectual acuity, ethical passion, energy, and charisma in a way that is truly extraordinary. She might not be able to win a Congressional seat in Indiana. But she won big in her Queens-Bronx district, and she has served in Congress with distinction, and has stood by the commitments on which she ran in serving her district and mobilizing voters far beyond her district. Indeed, she almost single-handedly carried the Sanders campaign on her back while Sanders was in Washington, D.C. during the impeachment trial.

Whether or not AOC represents “the future” of the Democratic party, she clearly represents an important part of its future, if it is to have a future.

If the Democratic leadership is serious about uniting the wings of the party for a decisive November victory, then it must recognize that AOC is a necessary part of this effort. Biden surely cannot embrace every one of her policy preferences. But he should embrace her, because of who she is, what she has done, what she can bring to the campaign trail, and what she symbolizes—a new generation of progressive leadership capable of moving the party forward. Indeed, it would be a brilliant move if he were to actually endorse her, right now. There is little downside, and enormous upside, to such a move. It is perhaps the easiest way for Biden to prove to those Sanders supporters still unsure about him that he is serious about engaging progressive ideas and uniting the party.

And such unity will surely be needed if the Democrats are to prevail in November.

Jeffrey C. Isaac is James H. Rudy Professor of Political Science at Indiana University, Bloomington. His books include: Democracy in Dark Times (1998); The Poverty of Progressivism: The Future of American Democracy in a Time of Liberal Decline; and Arendt, Camus, and Modern Rebellion.