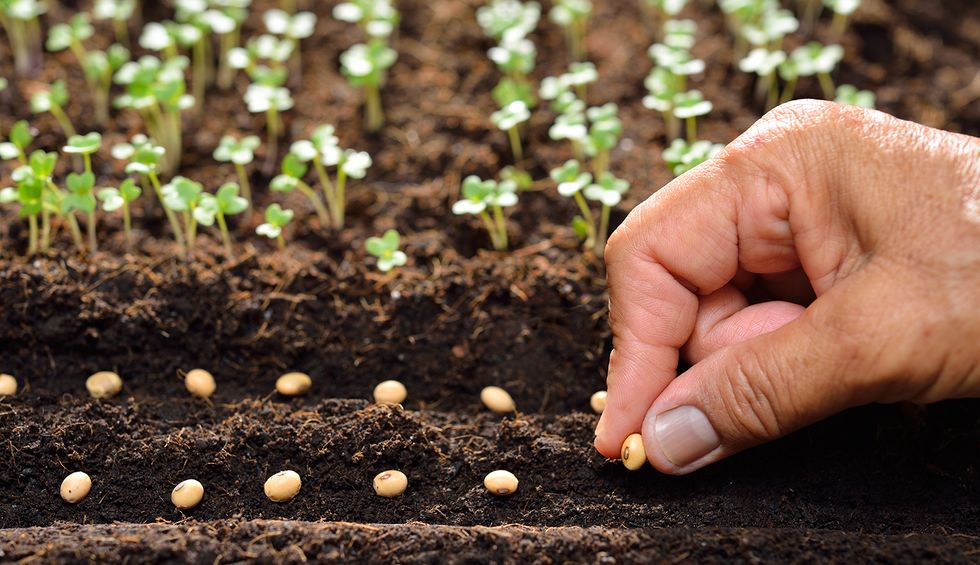 Image via Shutterstock.
The Conversation
April 10, 2020

It’s August and 38C outside a greenhouse on a fruit farm in suburban Nanjing, China. Inside the farmhouse, customers sample organic grapes and peaches.

Ms. Wang, who owns the farm, carefully lifts the cover off a large bin of earthworms. She is raising thousands of them to produce organic fertilizer for her farm.

Wang is one of an increasing number farmers in China who are cutting back on fertilizer and pesticide use, and tapping into consumer demand for organic and sustainably grown food.

China’s total grain output has almost quadrupled since 1961, when the great famine ended. But its success has come at a heavy environmental cost: China uses four times more fertilizer per unit area than the global average and accounts for half the world’s total pesticide consumption. Overall, chemical use on Chinese farms is 2.5 times the global average per acre of land.

The overuse of synthetic fertilizer and pesticides has led to soil contamination, algae blooms and increased greenhouse gas emissions. Beyond the ecological consequences of the rapid rise in crop yields, Chinese consumers as well as farmers and farm workers have faced health problems. Over-application of fertilizers has led to chemical residues in food and nitrogen infiltration into groundwater.

Organic agriculture is going mainstream, but not the way you think it is

This shift is seeding a transformation towards a more sustainable food system within China — and around the world, given the US$65 billion of agri-food commodities exported from China each year. This transformation provides lessons for the rest of world, in terms of efforts at both ends of the food supply chain to shift away from chemical-intensive agriculture towards a healthier system for people and the planet.

Chinese farmers are ditching chemical agriculture for reasons of personal health, ecological protection and economic motives, propped up by a range of state supports. Chinese consumers are keen to sink their teeth into chemical-free food, primarily for health reasons.

Demand for organic and so-called green foods is growing rapidly, especially among the middle and upper classes. Japan, Europe and the U.S. are the biggest markets for Chinese organic food exports according to the Chinese Report on Organic Agriculture Certification and Industry Development in 2019.

Steffanie Scott speaks with a vendor at the Beijing Organic Farmers’ Market.

Sustainable agriculture practices in China — such as using compost and animal manure instead of chemical fertilizer, cover crops, crop rotations and intercropping (growing different varieties of crops on one field) are contributing to healthier soils. Ecological farms also avoid the use of antibiotics and hormones in livestock.

This distinctive context in China has led to the development of a formal organic sector, created by top-down government standards and regulations. Alongside this, an informal organic sector has taken shape through bottom-up grassroots struggles for safe, healthy and sustainable food.

Through these top-down and bottom-up efforts, China is emerging as a global leader in developing sustainable food systems. A protracted food safety crisis was a driving force for shifting to more sustainable food production and for creating a domestic market for organic and ecologically grown food.

In response to food safety concerns, plus China’s ecological crisis, various levels of government in China now provide a wide range of supports to organic farms. These measures are unparalleled around the world. They range from covering the cost of organic certification, to finding land, funding on-farm infrastructure and organic fertilizers, to training and marketing assistance.

Lessons from China: Ensuring no one goes hungry during coronavirus lockdowns

Alongside these state supports, bottom-up, civil society-driven efforts have also helped. A group of passionate food activists has introduced “community supported agriculture” farms, farmers’ markets and buying clubs. This has contributed to a revolution in ecological food and ethical eating in China’s cities.

As our research shows, people have enthusiastically embraced these new community-based initiatives. They cherish the opportunity to access safe and healthy food, even more so during the COVID-19 pandemic. Online sales, including of ecological and organic foods, are booming, particularly among the middle and upper classes.

Fake organic certification labels have tested public trust of organic products and the prices for organic foods can be five to 10 times greater than other food. And state officials are wary of promoting the model more widely as they remain skeptical that the yields are large enough to feed China’s huge population.

Some of these issues could be addressed by investing in more research, and having organic sector support organizations provide training and information sharing. China also has few environmental NGOs to provide public education and connect farmers with one another for mutual support.

The world often views China’s environmental record in a negative light. But much can be learned from both policy and grassroots efforts in this country. Farms like Ms. Wang’s fruit farm are taking root to reconnect farmers and eaters. And the national sustainable agriculture plan and policies to curb agrochemical use shed light on the prospects for sustainable agriculture in China.