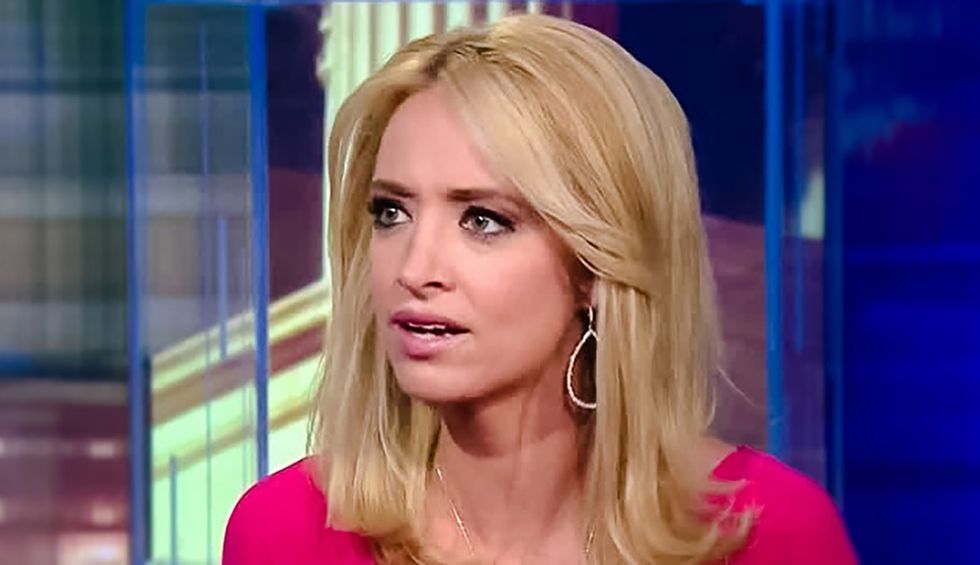 In the first week of April, Donald Trump—in one of his endless attempts to shuffle the deck in hope of disguising the fact that he isn’t playing with a full one—fired apparition spokesperson Stephanie Grisham and hired right-media misinformation pundit Kayleigh McEnany. It made sense in that McEnany has shown an aptitude for lying pathologically and with a gaslighting confidence the current administration demands of its peasant staff. McEnany has decided to come out of the gate running. On Monday, McEnany went to her Twitter account to attack ABC White House reporter Katherine Faulders.

Faulders, in a tweet quoting Donald Trump’s attempt to deflect criticisms of the administration’s continuing anemic testing production, wrote: “Trump says Gov. Hogan ’did not really understand the list’ provided by admin of labs in MD. Actually, per audio obtained, Hogan said he was ‘in contact with every one’ of them & said he wasn't able to use some bc certain labs were federally run or controlled by DoD & were off limits.” Republican Gov. Larry Hogan of Maryland has been very critical of a lack of testing capacity during this pandemic. McEnany decided to bring her brand of snappy, fact-free snark to a fact-filled fight, and the results were not what she probably hoped for.

Retweeting Faulders’ report, McEnany, unable to speak to any of the actual content of what was being reported, wrote this reply: “To you, he’s not Trump, he’s PRESIDENT Trump!” So, there you go. He’s “President Trump” as opposed to just Trump. Now, McEnany has a history of saying stupid, wrong-headed stuff that goes back to the beginnings of her craven career. Not unlike her new boss, McEnany’s media history is an encyclopedia of hypocrisy. And very quickly, people pointed out how McEnany is one to talk about the need for decorum and reverence when it comes to our elected officials.

And off to the races we go!

And Rep. Eric Swalwell stepped in to remind McEnany what kind of “president” Donald Trump is.

McEnany will be remembered as a historical footnote with these kinds of important facts attached.

And like her boss, McEnany knows that doing the job means not doing your actual job.

How millions of people feel in single-image form.

How millions of people feel in GIF form.