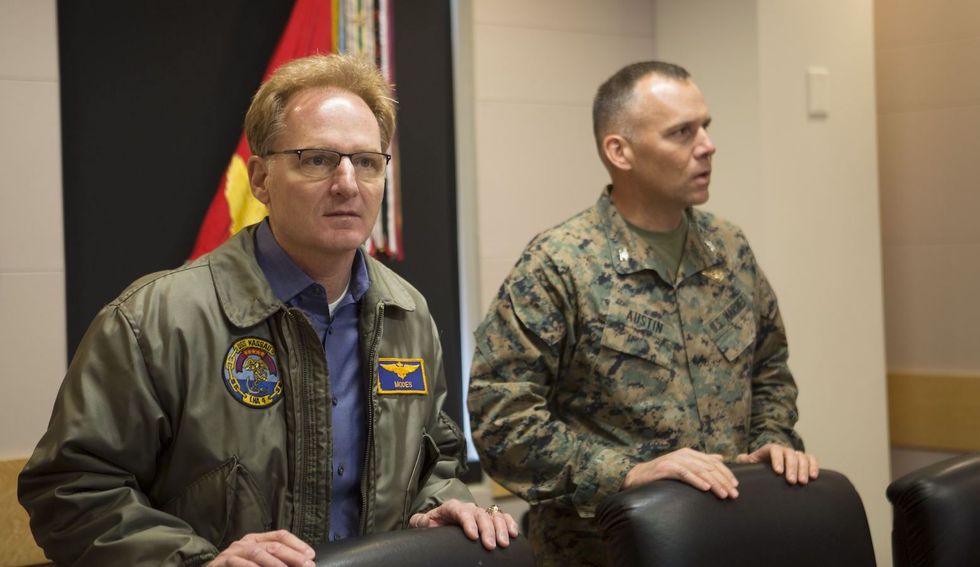 In yet another display of apparent cowardice and cronyism, Trump acting Secretary of the Navy Thomas Modly has relieved the captain of the nuclear aircraft carrier USS Theodore Roosevelt from duty after a four-page letter by the captain to Navy officials was leaked to the press.

In the letter, Capt. Brett Crozier begged his Navy superiors to set up quarantine space in Guam after  widespread COVID-19 infections as over 100 members of the over 4,000 person crew tested positive. The Navy indeed took action after his letter was received, with roughly 3,700 sailors either already put ashore or expected to be in coming days.

The official rationale for Crozier’s removal, according to NBC News sources, is “a loss of trust and confidence”—presumably meaning highest-level superiors were humiliated by the leak of a letter in which the captain begged them at length to protect his ship and crew. It also cast still more doubt on the competence of the Commander in Chief and his topmost officials, who presumably could have taken action before Crozier was reduced to sending his letter—but did not.

For the Navy, it also presents another stark comparison. Ask for your superiors to take action to save the lives of your sailors: Be removed from duty. Commit war crimes: Receive a Donald Trump pardon, and be feted as a hero by Trump’s supporters.