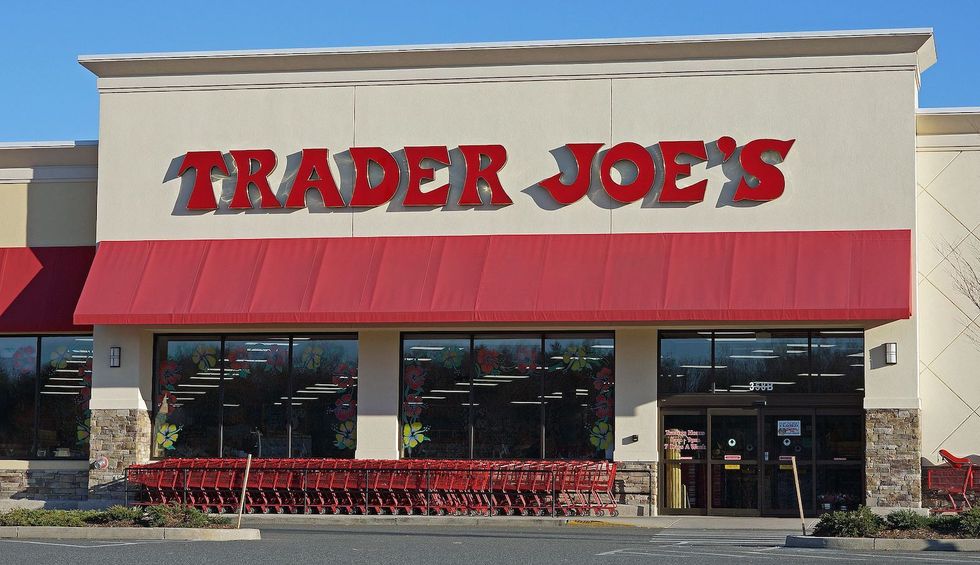 Jeremy Frakes is a former Trader Joe’s employee. To protect the author from workplace retribution, their name has been changed.

I quit my job this month. No, not the well-paying NGO summer position; that was canceled weeks ago. Not the paid internship either; my boss hasn’t returned my emails or sent me back pay for the past month. I decided to let go of my last source of income because Trader Joe’s didn’t appear to take their workers’ safety seriously when I was working there.

As COVID-19 has swept through the country, the spread of the virus has been accompanied by a massive shift in how we view our workers. Blue-collar starter jobs—the grocery clerks, janitors, and postal workers of the U.S.—are now seen as essential to the survival of our country. Though they are often praised on social media and by elected officials, policy has yet to catch up.

Across America workers and their unions are rallying for increased protections and accommodations in these unprecedented times, demanding proper protective gear, sick leave, and hazard pay in order to continue to serve the public.

Some national retailers like Walmart and Target have increased wages and protections for their workers, but others, like Trader Joe’s, have been reluctant.

I have some health issues. Not too bad, but enough to make me think twice before going outside during a respiratory illness pandemic. I had always loved my job, and genuinely looked forward to showing up, especially in a time of crisis, to help my community and maybe make someone’s day that much better. I trusted my team to keep me safe. But the billion-dollar company let me down.

At Trader Joe’s, your coworkers are called your “crew,” and upper management takes the moniker “mate,” with the store manager as our “captain.” Nautical titles aside, leadership has been lacking since this crisis began and the policies around personal protection have been confusing at best.

One week we weren’t allowed to wear gloves at all. Then next, we could wear gloves when stocking shelves, but not at the register. No masks allowed, period. No restrictions on how many people can enter the store, and no guidance around social distancing and how to stay safe as a cashier.

In our daily meetings, whimsically called “huddles,” I heard less about how to protect yourself from infection and more about why unionizing would hurt us.

As the weeks went on, and the full scope of the situation became apparent, I kept waiting to hear that our management would do something. Finally, the day came, and I was shocked: there was no message of safety protocols, no guidance on how to minimize contact, just a disclosure that those who had worked during the first weeks of panic would get a small share of the profits from the store as compensation. For most, this amounted to less than $2 per hour.

A week later, for my own safety, I quit.

I ultimately made my decision from a place of privilege, and I am thankful that I had the means to make a decision like that in the first place. I am fortunate to have family with the means to support me. I have lost all my income, and like many, will not see a cent from the Care Act tax refund. I am ineligible for unemployment benefits, but unlike other immunocompromised workers, I have the luxury to sit at home and wait this out, for now at least.

Since I quit, I understand there has been some clarification in store policies. Officially, masks are now allowed, and stores can limit the number of customers. Yet still, daily reports come in from stores around the country detailing contradictory messaging from management and confusion over what the store’s policies are. There has been a temporary 10 percent increase to the employee discount. Employees are still encouraged to donate their own paid leave to their peers. I received a letter from national management two days ago, one that went out to all TJ’s workers around the country. I opened it eagerly, hoping it contained some new information about medical leave, or compensation. It was two pages on the dangers of unions.

The pandemic has revealed the urgent need for billionaires profiting from the food industry to truly protect and support workers on the front lines. Treat your grocery workers like the heroes they are for continuing to work in the face of danger. Just understand that for many, they have no other option.