The mainstream press keeps getting played by Donald Trump 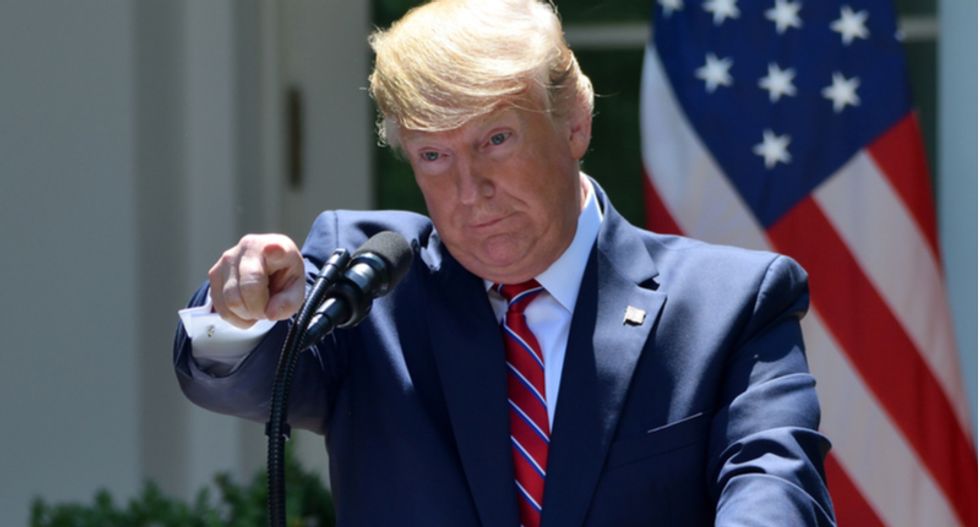 I was telling someone yesterday I’m worried about sounding too cold-blooded here at the Editorial Board. There’s enough literal death happening, given we’re in the middle of an Old Testament plague. I don’t need to pile on with a fatalist tone, I said. I should express more optimism, because Americans need hope in times like this, right?

This was originally published at The Editorial Board.

Until that changes, here I am, saying what needs saying, in plain English, so normal people can see what they need to see. The result, unfortunately, might sound fatalist.

There’s something else going on, though. When it comes to the presidency of Donald Trump, or any presidency, the press corps behaves as if the office contains a great mystery ordinary mortals can’t possibly understand. Reporters act as if the Oval Office itself were a kind of sanctum sanctorum, a holy place in which every decision has world-changing significance and every word uttered rings with multiverses of meaning.

This is not what you’d expect from highly educated and, for the most part, highly affluent professionals who dedicate their lives to gathering facts and seeking the truth without fear and favor. But then again, why not expect that? History is rife with characters who denied empirical observable reality in light of The Truth. History is rife with celebrants who turned anything, even the presidency, into a fetish of the occult.

To be sure, none of this is kind. None of this is charitable. All of this, however, is based on empirical observable reality, variations of which have been repeated ad nauseam for four years. As MSNBC’s Chris Hayes wrote Tuesday: “HE WILL NOT CHANGE AND IS FUNDAMENTALLY INCAPABLE OF DOING THE JOB. That’s the story. I know it’s fun to watch the bouncing ball, but it doesn’t change. That’s it” (his emphasis).

Hayes was commenting on a press briefing in which the president said his “goal” was keeping the body count from the COVID-19 outbreak from surpassing 240,000. That “goal” would exceed the number of Americans who died fighting in the Korean and Vietnam Wars combined. That “goal” would rival the number of Americans who died fighting in World War II’s European and Pacific theaters. That “goal” was not the most important fact, evidently. The Times’ Peter Baker could not help but notice “Trump sounding different today. Scale of death appears to have changed his tone, at least.”

Tone is what Hayes means by “bouncing ball.” Two weeks ago, Trump declared a national emergency. The press corps reported en masse the president’s new “somber” tone. Then came the week in which he moved to “reopen” the country despite the mounting death toll. That was nuts, but not disqualifying. Reporters continued to believe he’d act presidential and when he did, it was not a bug but a feature—not of his administration but of their faith in the the power and the glory of the presidency.

That something may be natural fear that our leader is terrible and that lots of people are going to die from a global pandemic in which the US is now the epicenter. Maybe reporters, who understand the dire circumstances we face, are trying to will him into taking appropriate action and proper responsibility. But then again, maybe not.

History is rife with celebrants who turned anything into a fetish of the occult.

Now may be no different.