The coronavirus pandemic is putting some of Italy’s most infamous mafia figures back in the streets: report 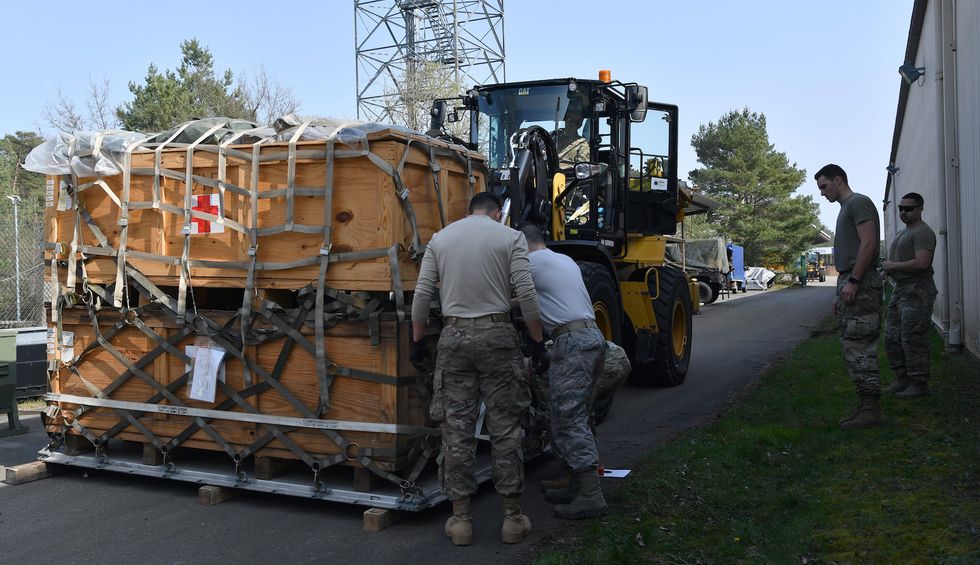 In the United States, advocates of criminal justice reform have been stressing the need to release some prisoners in order to slow down the spread of coronavirus — and the same conversation is taking place in Italy. The general idea is to reduce overcrowding in jails and prisons by releasing some non-violent offenders, while keeping the more dangerous prisoners behind bars. But Daily Beast journalist Barbie Latza Nadeau reports that in Italy, some of the people being released — or trying to get released — from prisons have been high-ranking members of organized crime organizations such as l’Ndrangheta (the Calabrian mafia) and Sicily’s la Cosa Nostra.

“In normal times, inmates serving time for mafia-related crimes are kept in relative solitary confinement, have visitations and mail monitored and are kept far away from the general prison population so they can’t recruit or direct from their jail cells,” Nadeau explains. “The risk in allowing mobsters out of jail early and unsupervised is that they can easily get back to business. Those high in the organized crime hierarchy will automatically garner the respect they had before they went in and will easily rise to cult status now that they are out.”

Nadeau cites some examples of mafiosi who have been released from prison in Italy — for example, 78-year-old Francesco Bonura, who she describes as a “Sicilian kingpin” who “was sentenced to 18 years and eight months in prison.” Bonura, Nadeau notes, was a “trusted ally of the likes of Bernardo Provenzano, one of the deadliest leaders the Sicilian mafia has ever known” — and he “walked out of prison this week, allowed to serve the rest of his sentence under house arrest because he qualified for ‘compassionate release’ under Italy’s new COVID-19 regulations to get inmates over the age of 70 out of overcrowded prisons if they have health issues.”

Another mafioso released from an Italian prison because of the coronavirus pandemic is 72-year-old Rocco Santo Filippone, who Nadeau describes as an “Ndrangheta mobster serving time for instigating a series of deadly attacks against carabinieri officials in 1993 and 1994, killing several officers.”

In Southern Italy, the mafia isn’t just one organization, but different organizations in different regions — for example, la Cosa Nostra in Sicily, l’Ndrangheta in Calabria and the Camorra in Campagnia (where Naples is the largest city). In Italian, Cosa Nostra means “Our Thing.”

Another Ndrangheta member who has been released from prison is 65-year-old Vincenzino Iannazzo; according to Nadeau, he was “serving a lengthy sentence for crimes he committed allegedly running one of the ’Ndrangheta’s clans in the Calabrian town of Lamezia, where he returned this week.”

Italy is second only to the United States when it comes to coronavirus-related deaths. According to researchers at John Hopkins University in Baltimore, COVID-19 had killed at least 192,125 people worldwide as of early Friday morning, April 24. That included 25,549 people in Italy, 22,524 in Spain and almost 50,000 in the United States.

Given how brutally COVID-19 has attacked Italy, it certainly makes sense for Italian authorities to reduce prison overcrowding. But Nadeau concludes her article by reporting that Italian journalist Lirio Abbate —who serves as editor of L’Espresso and has needed police protection from because of his reporting on organized crime — fears that some people who are still dangerous are being let out.

“The risk is that we’ll find the mafia virus on the streets alongside COVID-19,” Abbate warned. “It would be a double pandemic that we mustn’t allow to happen.”