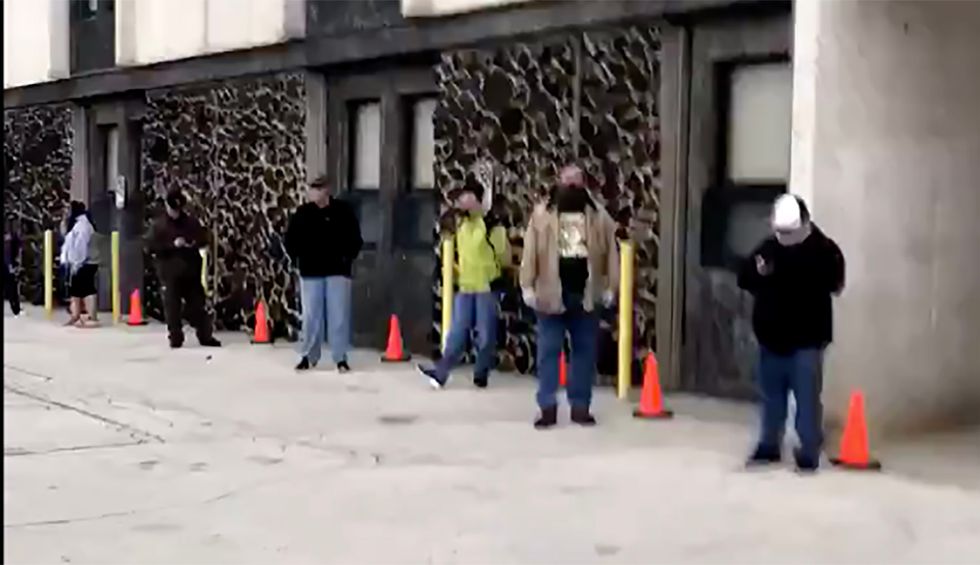 Less than a week after a Republican-dominated U.S. Supreme Court voted along party lines to force in-person voting in the state of Wisconsin, the court has announced that beginning May 4, the court will hear arguments via teleconferencing. The Kansas Supreme Court did the same last week, hearing arguments on the livestream video conferencing platform Zoom.

The Supreme Court decision to hear the arguments online is both the right thing to do and infuriating after their decision last week to side with Wisconsin Republicans, who were refusing requests to delay the April election or extend the absentee mail-in vote deadline.

A whopping 1,287,827 people requested mail-in ballots in Wisconsin. Of those, only 1,003,422 were returned by Wednesday, April 8. As long as ballots were postmarked by April 7, they will still be counted. But 284,000 outstanding ballots is troubling and some voters reported they never received their ballots. Those voters, along with the rest of the electorate, either showed up to vote in person, risking contracting the coronavirus, or they skipped voting all together.

According to Wisconsin Public Radio, 2.1 million voted in Wisconsin’s 2016 presidential primary so that means nearly a million had to turn out last week to match the 2016 vote. It is incredibly frustrating the U.S. Supreme Court forced these people to come out in-person to exercise their constitutional right to vote during a pandemic and only days later decided to protect themselves by holding court online.