States forced to smuggle PPE under nose of Feds: 'A snapshot of a system in breakdown' 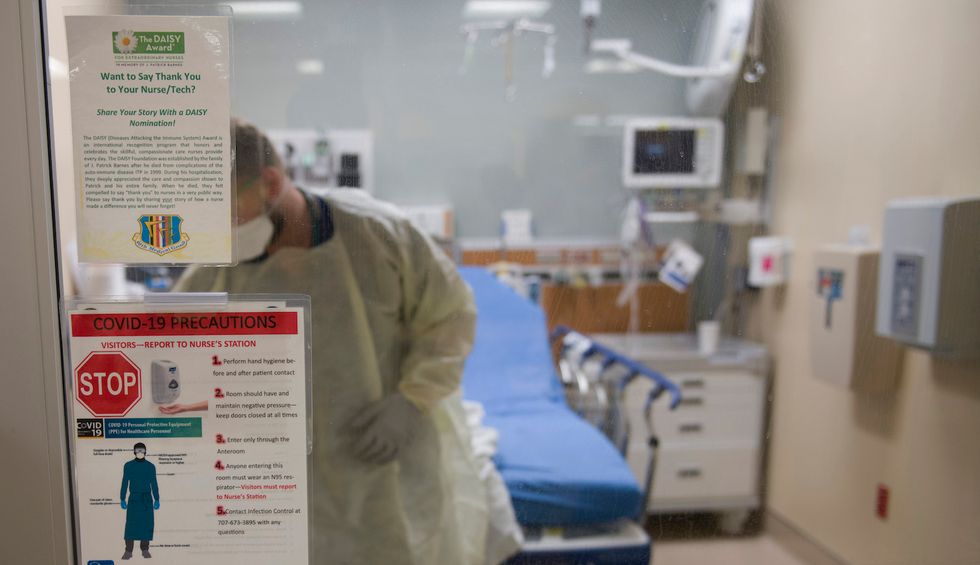 It's like the plot of a spy novel: a group of officials on a covert mission for needed supplies racing against time and the attention of the federal government use disguised trucks to ship equipment across state lines and narrowly escape law enforcement asking for papers.

Instead of being a chapter in a John le Carré novel, however, this was what happened to Springfield, Massachusetts Baystate Medical Center chief physician executive Dr. Andrew Artenstein, who wrote in the New England Journal of Medicine on Friday of his efforts to obtain needed personal protective equipment (PPE) for his hospital.

"This experience might have made for an entertaining tale at a cocktail party, had the success of our mission not been so critical," Artenstein wrote.

President Donald Trump's approach to PPE distribution has come under criticism as frontline healthcare workers continue to reuse masks and wear trash bags as solutions to the supply crisis. As Common Dreams reported, the White House has also rerouted the supplies to private companies, spurring bidding wars between states for the equipment.

On Monday, the Guardian in an article on the crisis explained that efforts by hospitals to close the gap in funding and access to PPE have led the facilities to lean on wealthy donors rather than the government.

"I don't think it's inappropriate for them to turn to other sources, but it's just tragic that's what they've had to resort to because our federal government has failed so dramatically," said Public Citizen health research group director Dr. Michael Carome.

The black market presents its own problems, as Artenstein explained in the New England Journal of Medicine. The doctor described the process of finding a supplier in China with the needed PPE as arduous and complicated, requiring a cloak and dagger approach:

Two semi-trailer trucks, cleverly marked as food-service vehicles, met us at the warehouse. When fully loaded, the trucks would take two distinct routes back to Massachusetts to minimize the chances that their contents would be detained or redirected.

Hours before pickup, the team found that only a quarter of what they had been promised was available. The hospital nevertheless moved forward with the purchase.

That's when things got complicated, wrote Artenstein, as federal agents arrived on the scene:

Before we could send the funds by wire transfer, two Federal Bureau of Investigation agents arrived, showed their badges, and started questioning me. No, this shipment was not headed for resale or the black market. The agents checked my credentials, and I tried to convince them that the shipment of PPE was bound for hospitals. After receiving my assurances and hearing about our health system's urgent needs, the agents let the boxes of equipment be released and loaded into the trucks. But I was soon shocked to learn that the Department of Homeland Security was still considering redirecting our PPE. Only some quick calls leading to intervention by our congressional representative prevented its seizure. I remained nervous and worried on the long drive back, feelings that did not abate until midnight, when I received the call that the PPE shipment was secured at our warehouse.

The story was "a snapshot of a system in breakdown," tweeted author Stephen Marche.

For New York magazine writer David Wallace-Wells, the normalization of the black market for PPE in the U.S. was a bleak, clarifying moment. Artenstein's cavalier attitude to what Baystate had to do to obtain PPE is itself an indictment of the system, Wallace-Wells wrote.

"What is most horrifying about his account is that this experience was not all that surprising to him—he expected interference from federal officials, and did everything he could (including staging the shipment in food-service trucks to avoid detection) to get around that interference," wrote Wallace-Wells.