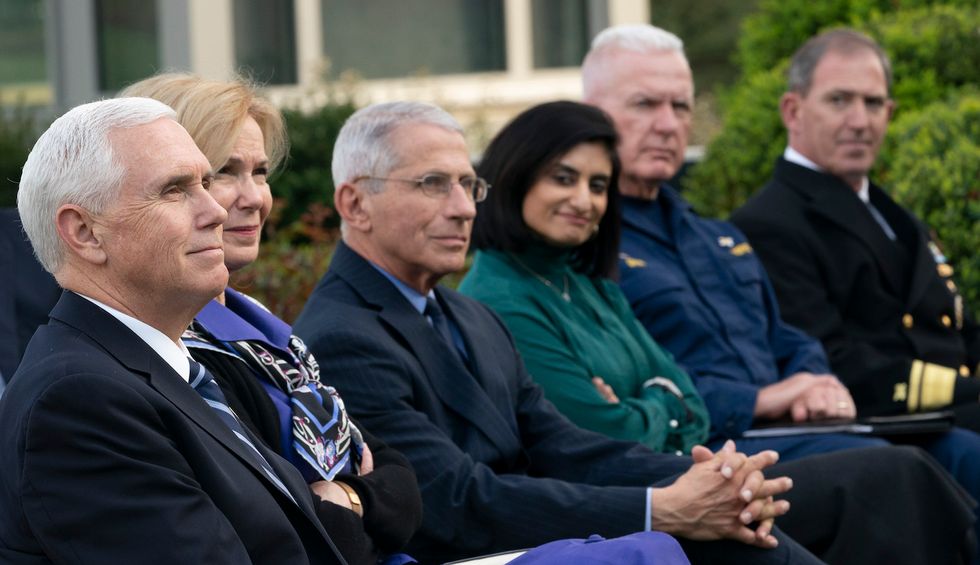 Three months into the biggest public health emergency in a century, the Trump administration has yet to articulate any coherent national strategy for widespread testing and tracking of COVID-19—an absolute necessity before any semblance of normal daily life can resume nationwide.

That massive failure has left states to fend for themselves, but as The Washington Post points out, their ability to pick up the slack for a faltering federal response varies greatly. While some states have the benefit of financial heft or a flourishing medical sector or both, others simply don't have the resources and know-how at their fingertips.

The nonprofit group is working with Massachusetts to develop what the Post framed as "the country’s most extensive contact tracing network to track infected patients’ interactions with others." Extensive contact tracing would help alleviate the need for the stop-gap measure of the onerous stay-at-home orders that most states are using to keep the virus from spreading. In addition, wide-spread antibody testing could help determine who has already contracted the disease, giving some people the immunity that would allow them to resume with their daily activities.

Overall, the U.S. still trails a number of countries in per capita testing, a number that must rise substantially before the country can achieve any level of normalization without fears of the disease spiking again. The White House has reportedly been debating where to distribute new rapid-fire tests that deliver results in five minutes rather than needing to be sent to labs. Officials are also apparently assessing antibody tests, which seem to have varying degrees of accuracy.

But frankly, that's all still theoretical since the vast majority of Americans still don't have access to testing. In fact, EMS Lt. Anthony Almojera of the New York Fire Department told MSNBC Tuesday that his EMTs still don't have "dedicated" testing to keep track of who's contracted the disease. Instead, they have to individually hunt around for hospitals and clinics that will administer one to them.

“We don’t know if we’re bringing it home to our families,” Almojera said.

That's in fricking New York. So congrats to the White House debating where to send tests but frontline medical workers still can't get tested, leaving them with no idea whether they're asymptomatically spreading the disease to patients, coworkers, or their families.

Meanwhile, Brett Giroir, assistant secretary for health at the Department of Health and Human Services, told White House reporters Tuesday that the U.S. would have "millions" of antibody tests "on the market by May" in order to "get the surveillance we need." That remains to be seen. White House officials, including Vice President Mike Pence, have been promising widespread testing for the better part of two months now and still haven't made good on those predictions.

But drastically ramping up testing and surveillance as soon as possible could be the key to getting a handle on containing the virus next fall if there’s a seasonal resurgence. Scott Gottlieb, who headed the Food and Drug Administration early in Trump’s presidency, published a paper this week in collaboration with other experts arguing that developing a comprehensive testing and tracking surveillance system by late May would poise the country to contain a potential seasonal outbreak in the fall.

This is one area in particular in which some states are attempting to step in where they don't trust the federal government to succeed. The Post article singles out California, Connecticut, Maryland, and Utah as working to devise their own statewide plans. California, for instance, is working to designate eight "testing hubs" across the massive state in concert with public and private universities and healthcare behemoth Kaiser Permanente.

In order to avoid drawing the wrath of Trump, one California official anonymously told the Post, "We’re making up our strategy because the federal government has been completely out to lunch. ... We can’t mobilize a health response without knowing how this disease is spreading.”

It remains very unclear whether this reality has even sunk in for Trump, who is once again agitating to get America back to business even as his administration’s testing failures continue to kneecap the national response.